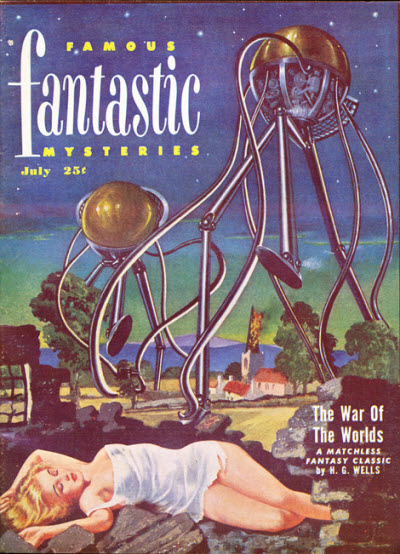 Considering that we humans cannot clearly communicate with any other living species on the planet it seems rather fanciful that we might be able to chat with an extraterrestrial intelligence.

But some linguists have a plan should we ever come across an alien civilization, or more likely should they ever choose to give Earth a visit. The idea is to develop a communication process using monolingual fieldwork.

In the upcoming sci-fi drama “Arrival,” several mysterious spacecraft touch down around the planet, and humanity is faced with how to approach—and eventually communicate—with these extraterrestrial visitors.

In the film, a team of experts is assembled to investigate, and among the chosen individuals is a linguist, played by actress Amy Adams. Though the story is rooted in science fiction, it does tackle a very real challenge: How do you communicate with someone—or how do you learn that individual’s language—when you have no intermediary language in common?

The film is based on “Story of Your Life,” a short story by Ted Chiang. It taps into the common science-fiction theme of alien tongues; not only the communication barrier they might present, but the unusual ways they could differ from human language. “There’s a long tradition of science fiction that deals with language and communication,” Chiang told Live Science in an email.

And in both the short story and film, linguists play a key role in bridging the gap between humans and aliens—something that isn’t entirely farfetched, according to Daniel Everett, a linguist at Bentley University in Massachusetts. “Linguists who’ve had extensive field experience can do this. That’s what they do,” Everett told Live Science.

Everett spent more than 30 years working with the Pirahãpeople of the Brazilian Amazon, learning and studying their language, which was poorly documented prior to his work. Pirahãis what’s called a language isolate, a linguistic orphan of sorts, and is the last surviving member of its language family. It is also well-known for some of its atypical qualities, such as a lack of counting numbers or relative directions, such as “left” and “right,” qualities which Everett worked out over years of study.

The people were similarly isolated, and were entirely monolingual, he said. So it didn’t matter that Everett didn’t know Portuguese. Rather than asking questions about the Pirahãlanguage in a shared second language, he conducted his research in a style known as monolingual fieldwork.

Pointing to a nearby object, like a stick, and asking (even in English) what it’s called is typically interpreted as a cue to name it, Everett said. From the names of things, a linguist can then work their way towards actions, and how to express relationships between objects, Everett said. All the while, linguists typically transcribe the statements, paying attention to the sounds, the grammar and the way meanings are combined, building a working theory of the language, he said.

Image: Reprint of The War of the Worlds cover-featured on the July 1951 issue of Famous Fantastic Mysteries. Public Domain.