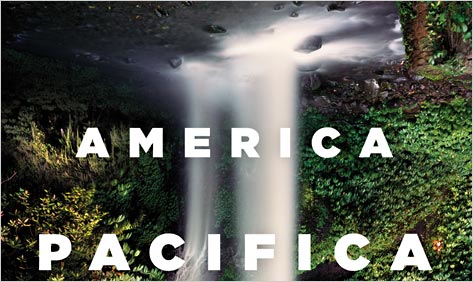 Classic dystopian novels from the likes of Aldous Huxley, George Orwell, Philip K. Dick, Ursula K. Le Guin, and Margaret Atwood appeal for their fantastic narrative journeys. More so they resonate for it often seems that contemporary society is precariously close to this fictional chaos, dysfunction and destruction; one small step in the wrong direction and over the precipice we go. America Pacifica continues this tradition.

Anna North is both a graduate of the Iowa Writers’ Work Shop and a writer for the feminist Web site Jezebel. It’s no surprise, then, that her debut novel, America Pacifica, is overflowing with big ideas about revolution, ecology, feminism, class, and poverty. But by the end of page one, when a teenage daughter, Darcy, watches her beloved mother, Sarah, emerge from a communal bathroom down the hall carrying “their” toothbrush, one also knows that this novel, like, say, the dystopic fiction of Margaret Atwood or Ursula K. Le Guin, aims not only to transmit those ideas in the form of an invented narrative, but also to give them the animating, detailed, and less predictable life of literature.

The “America Pacifica” of the title is an unnamed island upon which a generation of North American refugees have attempted to create a simulacra of their old home–complete with cities named Manhattanville and Little Los Angeles–after an environmental calamity rendered “the mainland” too frigid for human life. Daniel, a mainland scientist, argued that the humans should adapt themselves to the changing climate, while a man named Tyson insisted that they look for a warmer climate and use technology and dirty industrial processes to continue human life as it was once lived. The island’s population is comprised entirely of those who took Tyson’s side of the argument.

But this haven can only sustain enough luxuries for a tiny few. Every aspect of island life is governed by a brutal caste system which divides people into rigid hierarchies based on the order in which they and their families arrived by boat. The rich eat strawberries and fresh tomatoes, wear real fiber, and live in air-conditioned apartments. The poor subsist on meat products fabricated from jellyfish and seaweed, wear synthetic SeaFiber clothing, and dream of somehow getting into college (which isn’t open to them) so they can afford an apartment with their own bathroom and shower.