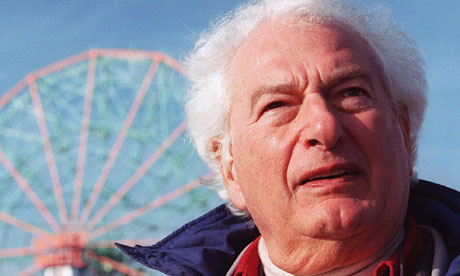 Why is it that the book for which an author is best known is rarely their best? If history is the final judge of literary achievement, why has a title like Louis de Bernières’ Captain Corelli’s Mandolin risen to the top, overshadowing his much better earlier novels such as Señor Vivo and the Coca Lord? It’s not, I hope, the simple snobbery of insisting that the most popular can’t be the finest. (After all, who would dispute that Middlemarch is George Eliot’s peak? … You would? Great, there’s a space for you in the comments below.)

If someone reads Kurt Vonnegut‘s most famous book, Slaughterhouse-Five, and doesn’t like it, I’ll want to shout to them, “But it’s rubbish! Cat’s Cradle is much better! That’s the one you want to read!” It’s not just me, I’m sure. Geoff Dyer takes the view that it is John Cheever’s journals, not his stories, which represent his “greatest achievement, his principal claim to literary survival”. Gabriel Josipovici says that it is not Kafka’s The Trial or “Metamorphosis” – not any of his novels or stories – which “form [his] most sustained meditation on life and death, good and evil, and the role of art”, but his aphorisms.

So here I am going to list a few instances of a writer being famous for the wrong book, and my suggestions for where their greatest achievement really lies. Below, you can make your own suggestions (someone, please tell me I’ve just been reading the wrong Peter Carey or Emily Brontë), or let me know just how misguided I am.

Joseph Heller
Catch-22 is too long, messy and takes 100 pages to get going. Heller’s second novel, Something Happened, took even longer to write and justified the time. From its opening line (“I get the willies when I see closed doors”), it is a supremely controlled and meticulous masterpiece, grounded in the horror of daily living. The first time I read it I was overwhelmed. The second time I thought it was hilarious. The third time – getting closer to the age of the horribly honest narrator Bob Slocum – it was terrifying. It’s the book that keeps on giving.