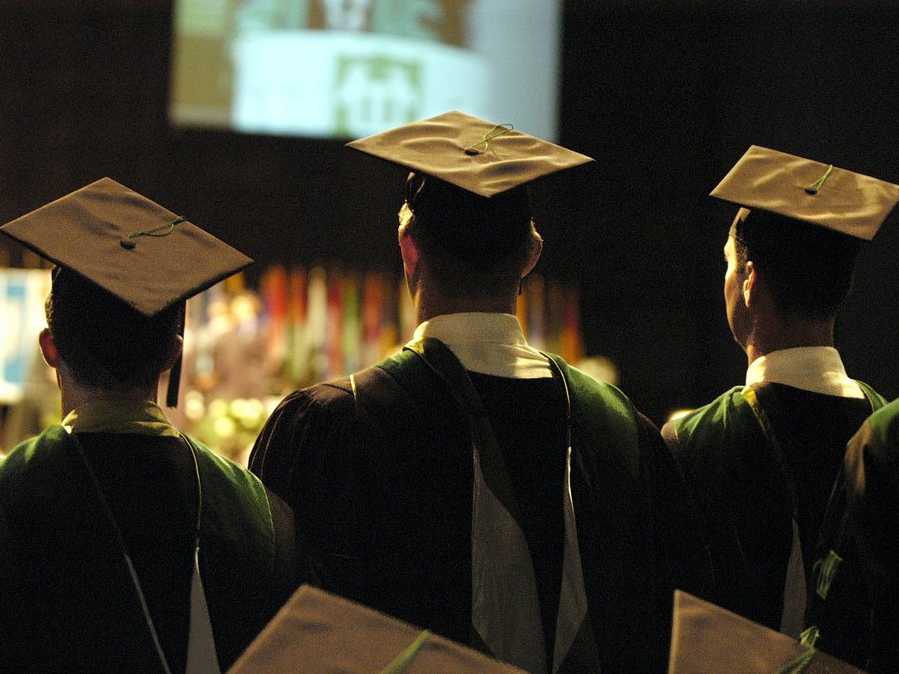 Paradoxically the U.S. college degree is becoming less valuable while it continues an inexorable rise in cost. With academic standards now generally lower than ever and grade inflation pervasive most recent college graduates are in a bind — limited employment prospects and a huge debt burden. Something must give soon, and its likely to be the colleges.

The American political class has long held that higher education is vital to individual and national success. The Obama administration has dubbed college “the ticket to the middle class,” and political leaders from Education Secretary Arne Duncan to Federal Reserve Chairman Ben Bernanke have hailed higher education as the best way to improve economic opportunity. Parents and high-school guidance counselors tend to agree.

Yet despite such exhortations, total college enrollment has fallen by 1.5% since 2012. What’s causing the decline? While changing demographics—specifically, a birth dearth in the mid-1990s—accounts for some of the shift, robust foreign enrollment offsets that lack. The answer is simple: The benefits of a degree are declining while costs rise.

A key measure of the benefits of a degree is the college graduate’s earning potential—and on this score, their advantage over high-school graduates is deteriorating. Since 2006, the gap between what the median college graduate earned compared with the median high-school graduate has narrowed by $1,387 for men over 25 working full time, a 5% fall. Women in the same category have fared worse, losing 7% of their income advantage ($1,496).

A college degree’s declining value is even more pronounced for younger Americans. According to data collected by the College Board, for those in the 25-34 age range the differential between college graduate and high school graduate earnings fell 11% for men, to $18,303 from $20,623. The decline for women was an extraordinary 19.7%, to $14,868 from $18,525.

Meanwhile, the cost of college has increased 16.5% in 2012 dollars since 2006, according to the Bureau of Labor Statistics’ higher education tuition-fee index. Aggressive tuition discounting from universities has mitigated the hike, but not enough to offset the clear inflation-adjusted increase. Even worse, the lousy economy has caused household income levels to fall, limiting a family’s ability to finance a degree.

This phenomenon leads to underemployment. A study I conducted with my colleague Jonathan Robe, the 2013 Center for College Affordability and Productivity report, found explosive growth in the number of college graduates taking relatively unskilled jobs. We now have more college graduates working in retail than soldiers in the U.S. Army, and more janitors with bachelor’s degrees than chemists. In 1970, less than 1% of taxi drivers had college degrees. Four decades later, more than 15% do.

This is only partly the result of the Great Recession and botched public policies that have failed to produce employment growth. It’s also the result of an academic arms race in which universities have spent exorbitant sums on luxury dormitories, climbing walls, athletic subsidies and bureaucratic bloat. More significantly, it’s the result of sending more high-school graduates to college than professional fields can accommodate.

In 1970, when 11% of adult Americans had bachelor’s degrees or more, degree holders were viewed as the nation’s best and brightest. Today, with over 30% with degrees, a significant portion of college graduates are similar to the average American—not demonstrably smarter or more disciplined. Declining academic standards and grade inflation add to employers’ perceptions that college degrees say little about job readiness.

There are exceptions. Applications to top universities are booming, as employers recognize these graduates will become our society’s future innovators and leaders. The earnings differential between bachelor’s and master’s degree holders has grown in recent years, as those holding graduate degrees are perceived to be sharper and more responsible.

But unless colleges plan to offer master’s degrees in janitorial studies, they will have to change. They currently have little incentive to do so, as they are often strangled by tenure rules, spoiled by subsides from government and rich alumni, and more interested in trivial things—second-rate research by third-rate scholars; ball-throwing contests—than imparting knowledge. Yet dire financial straits from falling demand for their product will force two types of changes within the next five years.