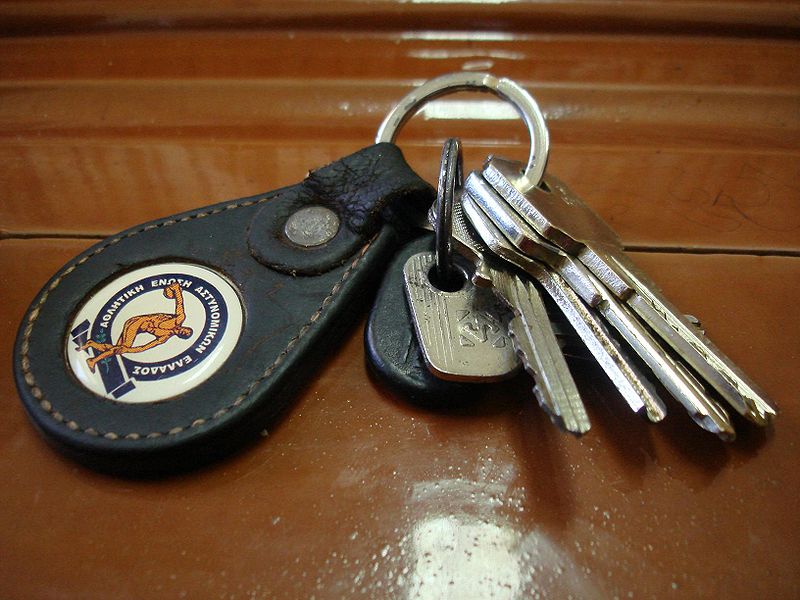 We all lose our car keys and misplace our cell phones. We leave umbrellas on public transport. We forget things at the office. We all do it — some more frequently than others. And, it’s not merely a symptom of aging. Many younger people seem to be increasingly prone to losing their personal items, perhaps a characteristic of their increasingly fragmented, distracted and limited attention spans.

You’ve put your keys somewhere and now they appear to be nowhere, certainly not in the basket by the door they’re supposed to go in and now you’re 20 minutes late for work. Kitchen counter, night stand, book shelf, work bag: Wait, finally, there they are under the mail you brought in last night.

Losing things is irritating and yet we are a forgetful people. The average person misplaces up to nine items a day, and one-third of respondents in a poll said they spend an average of 15 minutes each day searching for items—cellphones, keys and paperwork top the list, according to an online survey of 3,000 people published in 2012 by a British insurance company.

Everyday forgetfulness isn’t a sign of a more serious medical condition like Alzheimer’s or dementia. And while it can worsen with age, minor memory lapses are the norm for all ages, researchers say.

Our genes are at least partially to blame, experts say. Stress, fatigue, and multitasking can exacerbate our propensity to make such errors. Such lapses can also be linked to more serious conditions like depression and attention-deficit hyperactivity disorders.

“It’s the breakdown at the interface of attention and memory,” says Daniel L. Schacter, a psychology professor at Harvard University and author of “The Seven Sins of Memory.”

That breakdown can occur in two spots: when we fail to activate our memory and encode what we’re doing—where we put down our keys or glasses—or when we try to retrieve the memory. When you encode a memory, the hippocampus, a central part of the brain involved in memory function, takes a snapshot which is preserved in a set of neurons, says Kenneth Norman, a psychology professor at Princeton University. Those neurons can be activated later with a reminder or cue.

It is important to pay attention when you put down an item, or during encoding. If your state of mind at retrieval is different than it was during encoding, that could pose a problem. Case in point: You were starving when you walked into the house and deposited your keys. When you then go to look for them later, you’re no longer hungry so the memory may be harder to access.

The act of physically and mentally retracing your steps when looking for lost objects can work. Think back to your state of mind when you walked into the house (Were you hungry?). “The more you can make your brain at retrieval like the way it was when you lay down that original memory trace,” the more successful you will be, Dr. Norman says.

In a recent study, researchers in Germany found that the majority of people surveyed about forgetfulness and distraction had a variation in the so-called dopamine D2 receptor gene (DRD2), leading to a higher incidence of forgetfulness. According to the study, 75% of people carry a variation that makes them more prone to forgetfulness.

“Forgetfulness is quite common,” says Sebastian Markett, a researcher in psychology neuroscience at the University of Bonn in Germany and lead author of the study currently in the online version of the journal Neuroscience Letters, where it is expected to be published soon.

The study was based on a survey filled out by 500 people who were asked questions about memory lapses, perceptual failures (failing to notice a stop sign) and psychomotor failures (bumping into people on the street). The individuals also provided a saliva sample for molecular genetic testing.

About half of the total variation of forgetfulness can be explained by genetic effects, likely involving dozens of gene variations, Dr. Markett says.

The buildup of what psychologists call proactive interference helps explain how we can forget where we parked the car when we park in the same lot but different spaces every day. Memory may be impaired by the buildup of interference from previous experiences so it becomes harder to retrieve the specifics, like which parking space, Dr. Schacter says.

A study conducted by researchers at the Salk Institute for Biological Studies in California found that the brain keeps track of similar but distinct memories (where you parked your car today, for example) in the dentate gyrus, part of the hippocampus. There the brain stores separates recordings of each environment and different groups of neurons are activated when similar but nonidentical memories are encoded and later retrieved. The findings appeared last year in the online journal eLife.

The best way to remember where you put something may be the most obvious: Find a regular spot for it and somewhere that makes sense, experts say. If it’s reading glasses, leave them by the bedside. Charge your phone in the same place. Keep a container near the door for keys or a specific pocket in your purse.