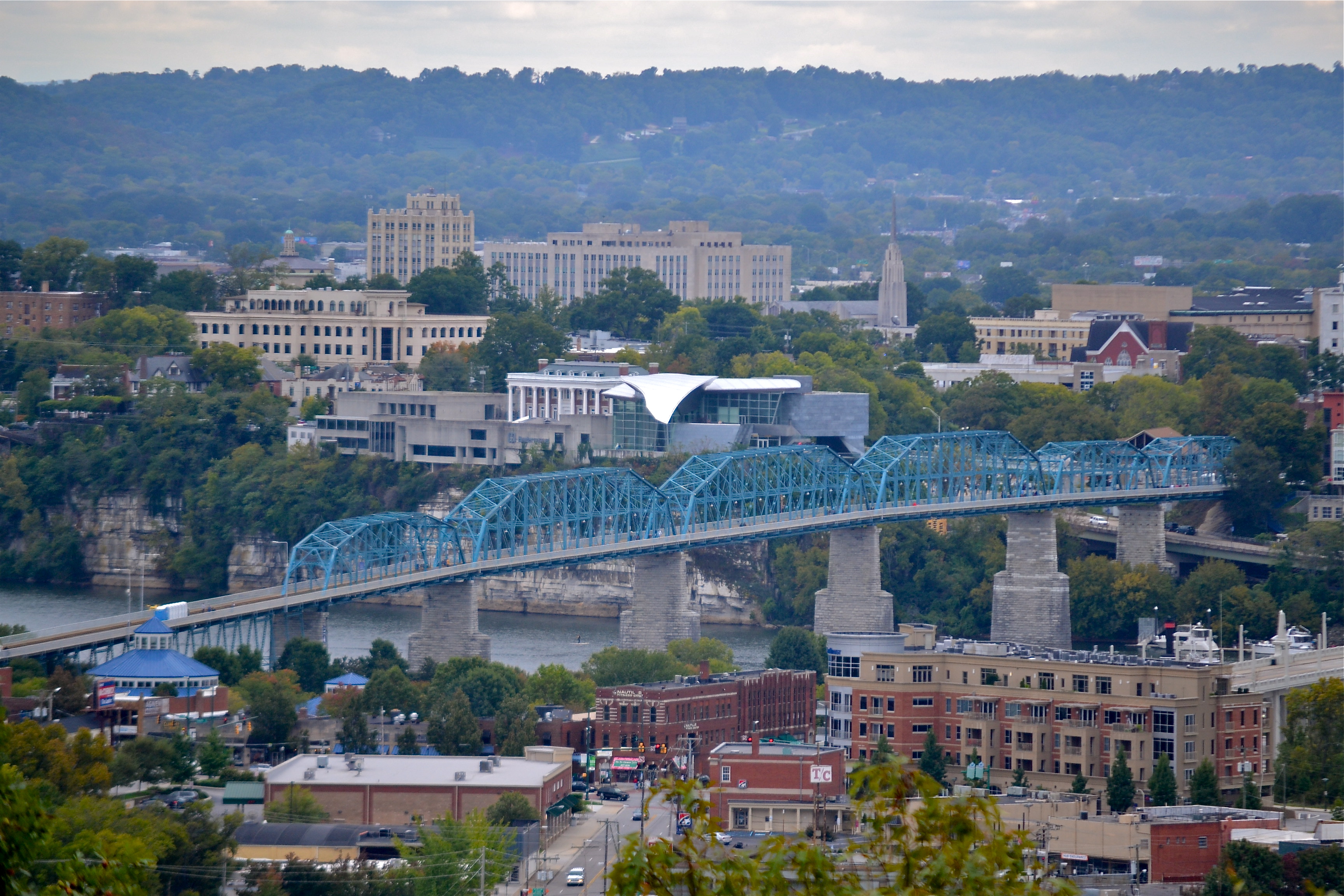 It’s rather simple in theory, and only requires two steps. Step 1: Follow the lead of a city like Chattanooga, Tennessee. Step 2: Tell you monopolistic cable company what to do with its cables. Done. Now you have a 1 Gigabit Internet connection — around 50-100 times faster than your mother’s Wifi.

This experiment is fueling a renaissance of sorts in the Southern U.S. city and other metropolitan areas can only look on in awe. It comes as no surprise that the cable oligarchs at Comcast, Time Warner and AT&T are looking for any way to halt the city’s progress into the 21st Century.

Loveman’s department store on Market Street in Chattanooga closed its doors in 1993 after almost a century in business, another victim of a nationwide decline in downtowns that hollowed out so many US towns. Now the opulent building is buzzing again, this time with tech entrepreneurs taking advantage of the fastest internet in the western hemisphere.

Financed by the cash raised from the sale of logistics group Access America, a group of thirty-something local entrepreneurs have set up Lamp Post, an incubator for a new generation of tech companies, in the building. A dozen startups are currently working out of the glitzy downtown office.

“We’re not Silicon Valley. No one will ever replicate that,” says Allan Davis, one of Lamp Post’s partners. “But we don’t need to be and not everyone wants that. The expense, the hassle. You don’t need to be there to create great technology. You can do it here.”

He’s not alone in thinking so. Lamp Post is one of several tech incubators in this mid-sized Tennessee city. Money is flowing in. Chattanooga has gone from close to zero venture capital in 2009 to more than five organized funds with investable capital over $50m in 2014 – not bad for a city of 171,000 people.

The city’s go-getting mayor Andy Berke, a Democrat tipped for higher office, is currently reviewing plans for a city center tech zone specifically designed to meet the needs of its new workforce.

In large part the success is being driven by The Gig. Thanks to an ambitious roll-out by the city’s municipally owned electricity company, EPB, Chattanooga is one of the only places on Earth with internet at speeds as fast as 1 gigabit per second – about 50 times faster than the US average.

The tech buildup comes after more than a decade of reconstruction in Chattanooga that has regenerated the city with a world-class aquarium, 12 miles of river walks along the Tennessee River, an arts district built around the Hunter Museum of American Arts, high-end restaurants and outdoor activities.

But it’s the city’s tech boom has sparked interest from other municipalities across the world. It also comes as the Federal Communications Commission (FCC) prepares to address some of the biggest questions the internet has faced when it returns from the summer break. And while the FCC discusses whether Comcast, the world’s biggest cable company, should take over Time Warner, the US’s second largest cable operator, and whether to allow those companies to set up fast lanes (and therefore slow lanes) for internet traffic, Chattanooga is proof that another path is possible.

It’s a story that is being watched very closely by Big Cable’s critics. “In DC there is often an attitude that the only way to solve our problems is to hand them over to big business. Chattanooga is a reminder that the best solutions are often local and work out better than handing over control to Comcast or AT&T to do whatever they want with us,” said Chris Mitchell, director of community broadband networks at advocacy group the Institute for Local Self-Reliance.

On Friday, the US cable industry called on the FCC to block Chattanooga’s plan to expand, as well as a similar plan for Wilson, North Carolina.

“The success of public broadband is a mixed record, with numerous examples of failures,” USTelecom said in a blog post. “With state taxpayers on the financial hook when a municipal broadband network goes under, it is entirely reasonable for state legislatures to be cautious in limiting or even prohibiting that activity.”

Mayor Berke has dealt with requests for visits from everyone from tiny rural communities to “humungous international cities”. “You don’t see many mid-sized cities that have the kind of activity that we have right now in Chattanooga,” he said. “What the Gig did was change the idea of what our city could be. Mid-sized southern cities are not generally seen as being ahead of the technological curve, the Gig changed that. We now have people coming in looking to us as a leader.”

It’s still early days but there have already been notable successes. In addition to Access America’s sale for an undisclosed sum, last year restaurant booking site OpenTable bought a local company, QuickCue, for $11.5m. “That’s a great example of a story that just doesn’t happen in other mid-sized southern cities,” said Berke.

But it’s what Chattanooga can do next that has the local tech community buzzed.

EPB’s high-speed network came about after it decided to set up a smart electric grid in order to cut power outages. EPB estimated it would take 10 years to build the system and raised a $170m through a municipal bond to pay for it. In 2009 president Barack Obama launched the American Recovery and Reinvestment Act, a stimulus programme aimed at getting the US economy back on track amid the devastation of the recession. EPB was awarded $111m to get its smart grid up and running. Less than three years later the whole service territory was built.

The fibre-optic network uses IntelliRupter PulseClosers, made by S&C Electric, that can reroute power during outages. The University of California at Berkeley estimates that power outages cost the US economy $80bn a year through business disruption with manufacturers stopping their lines and restaurants closing. Chattanooga’s share of that loss was about $100m, EPB estimates. The smart grid can detect a fault in milliseconds and route power around problems. Since the system was installed the duration of power outages has been cut in half.

But it was the other uses of that fiber that fired up enthusiasm in Chattanooga. “When we first started talking about this and the uses of the smart grid we would say to customers and community groups ‘Oh and it can also offer very high-speed internet, TV and phone.’ The electric power stuff was no longer of interest. This is what what people got excited about and it’s the same today,” said EPB vice president Danna Bailey.