An FRB is an acronym coined by astronomers for fast radio burst. Since recent observations of our cosmos began with super-powerful telescopes only 17 such FRBs have ever been observed. These events last a mere handful of milliseconds but produce the equivalent power of around 100 million suns.

Two theories for these FRBs are relatively mundane. One theory proposes that FRBs are generated by powerful magnetars — highly magnetized, fast-rotating superdense stars. A second theory suggests that a FRB is a created by an especially exotic type of black hole.

And, then, there is a third, more fascinating, theory — that FRBs are the result of alien spaceship propulsion systems.

Similar unrepeated signals have since been noted elsewhere in the heavens. So far, 17 such “fast radio bursts” (FRBs) have been recognised. They do not look like anything observed before, and there is much speculation about what causes them. One possibility is magnetars—highly magnetised, fast-rotating superdense stars. Another is a particularly exotic sort of black hole, formed when the centrifugal force of a rotating, superdense star proves no longer adequate to the task of stopping that star collapsing suddenly under its own gravity. But, as Manasvi Lingam of Harvard University and Abraham Loeb of the Harvard-Smithsonian Centre for Astrophysics observe, there is at least one further possibility: alien spaceships.

Specifically, the two researchers suggest, in a paper to be published in Astrophysical Journal Letters, that FRBs might be generated by giant radio transmitters designed to push such spaceships around. With the rotation of the galaxies in which these transmitters are located, the transmitter-beams sweep across the heavens. Occasionally, one washes over Earth, producing an FRB. 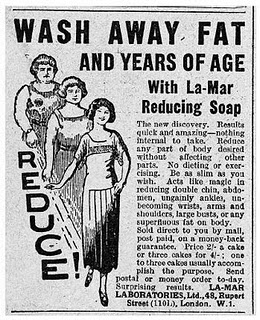 According to a recent survey, 18 percent of U.S. citizens believe that the sun revolves around the earth. And, another survey suggests that 30 percent believe in the literal “truth” of the bible and 40 percent believe in intelligent design. The surveys, apparently, were of functioning adults.

I have to suspect that a similar number of adults believe in the fat reducing power of soap.

A number of vociferous advocates of creationism-as-science have recently taken to the airwaves to demand equal time — believing their (pseudo)-scientific views should stand on a par with real science.

Astrophysicist and presenter of the re-made Cosmos series, Neil deGrasse Tyson recently provided his eloquent take on these scientific naysayers,

“If you don’t know science in the 21st century, just move back to the cave, because that’s where we’re going to leave you as we move forward.”

My hat off to Mr.Tyson. Rather than engaging in lengthy debate over nonsense his curt reply is very apt: it is time for believers — in the scientific method — to just move on, and move ahead.

We Americans pride ourselves on our ideals of free speech. We believe in spirited back-and-forth and the notion that we are all entitled to our opinions. We stack our media coverage of news events with “opposing views.” These ideals are deeply rooted in our cultural character. And they’re making us stupid.

Ever since it debuted earlier this month, Neil deGrasse Tyson’s blockbuster, multi-network reboot of “Cosmos” has been ruffling feathers with its crazy, brazen tactic of putting scientific facts forward as the truth. It’s infuriated religious conservatives by furthering “the Scientific Martyr Myth of Giordano Bruno” within its “glossy multi-million-dollar piece of agitprop for scientific materialism.” And this weekend, creationist astronomer and Answers in Genesis bigwig Danny Faulkner complained about “Cosmos” on “The Janet Mefferd Show” that “Creationists aren’t even on the radar screen; they wouldn’t even consider us plausible at all” and that “Consideration of creation is definitely not up for discussion,” leading Mefferd to suggest equal time for the opposing views. But on “Late Night With Seth Meyers” last week, Neil deGrasse Tyson shrugged off the naysayers, noting, “If you don’t know science in the 21st century, just move back to the cave, because that’s where we’re going to leave you as we move forward.” This is why he’s a treasure — he has proven himself a consistent and elegant beacon of how to respond to extremists and crazy talk – by acknowledging it but not wasting breath arguing it.

We can go round and round in endless circles about social and philosophical issues. We can debate all day about matters of faith and religion, if you’re up for it. But well-established scientific principles don’t lend themselves well to conversations in which I say something based on hard physical evidence and carefully analyzed data, and then you shoot back with a bunch of spurious nonsense.