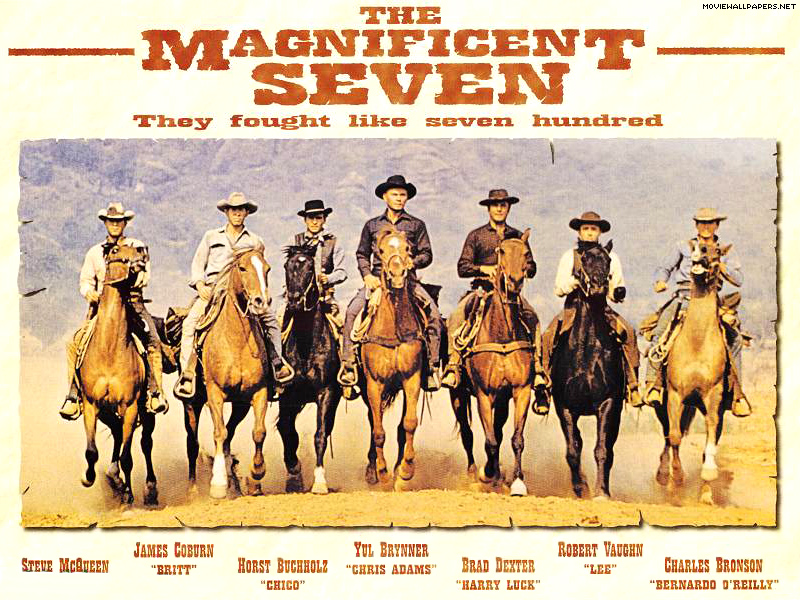 Actually, these seven will not save your village from bandits. Nor will they ride triumphant into the sunset on horseback. These seven are more mundane, but they are nonetheless shrouded in a degree of mystery, albeit rather technical. These are the seven holders of the seven keys that control the Internet’s core directory — the Domain Name System. Without it the Internet’s billions of users would not be able to browse or search or shop or email or text.

In a nondescript industrial estate in El Segundo, a boxy suburb in south-west Los Angeles just a mile or two from LAX international airport, 20 people wait in a windowless canteen for a ceremony to begin. Outside, the sun is shining on an unseasonably warm February day; inside, the only light comes from the glare of halogen bulbs.

There is a strange mix of accents – predominantly American, but smatterings of Swedish, Russian, Spanish and Portuguese can be heard around the room, as men and women (but mostly men) chat over pepperoni pizza and 75-cent vending machine soda. In the corner, an Asteroids arcade machine blares out tinny music and flashing lights.

It might be a fairly typical office scene, were it not for the extraordinary security procedures that everyone in this room has had to complete just to get here, the sort of measures normally reserved for nuclear launch codes or presidential visits. The reason we are all here sounds like the stuff of science fiction, or the plot of a new Tom Cruise franchise: the ceremony we are about to witness sees the coming together of a group of people, from all over the world, who each hold a key to the internet. Together, their keys create a master key, which in turn controls one of the central security measures at the core of the web. Rumours about the power of these keyholders abound: could their key switch off the internet? Or, if someone somehow managed to bring the whole system down, could they turn it on again?

The keyholders have been meeting four times a year, twice on the east coast of the US and twice here on the west, since 2010. Gaining access to their inner sanctum isn’t easy, but last month I was invited along to watch the ceremony and meet some of the keyholders – a select group of security experts from around the world. All have long backgrounds in internet security and work for various international institutions. They were chosen for their geographical spread as well as their experience – no one country is allowed to have too many keyholders. They travel to the ceremony at their own, or their employer’s, expense.

What these men and women control is the system at the heart of the web: the domain name system, or DNS. This is the internet’s version of a telephone directory – a series of registers linking web addresses to a series of numbers, called IP addresses. Without these addresses, you would need to know a long sequence of numbers for every site you wanted to visit. To get to the Guardian, for instance, you’d have to enter “77.91.251.10” instead of theguardian.com.

The master key is part of a new global effort to make the whole domain name system secure and the internet safer: every time the keyholders meet, they are verifying that each entry in these online “phone books” is authentic. This prevents a proliferation of fake web addresses which could lead people to malicious sites, used to hack computers or steal credit card details.

The east and west coast ceremonies each have seven keyholders, with a further seven people around the world who could access a last-resort measure to reconstruct the system if something calamitous were to happen. Each of the 14 primary keyholders owns a traditional metal key to a safety deposit box, which in turn contains a smartcard, which in turn activates a machine that creates a new master key. The backup keyholders have something a bit different: smartcards that contain a fragment of code needed to build a replacement key-generating machine. Once a year, these shadow holders send the organisation that runs the system – the Internet Corporation for Assigned Names and Numbers (Icann) – a photograph of themselves with that day’s newspaper and their key, to verify that all is well.

The fact that the US-based, not-for-profit organisation Icann – rather than a government or an international body – has one of the biggest jobs in maintaining global internet security has inevitably come in for criticism. Today’s occasionally over-the-top ceremony (streamed live on Icann’s website) is intended to prove how seriously they are taking this responsibility. It’s one part The Matrix (the tech and security stuff) to two parts The Office (pretty much everything else).

For starters: to get to the canteen, you have to walk through a door that requires a pin code, a smartcard and a biometric hand scan. This takes you into a “mantrap”, a small room in which only one door at a time can ever be open. Another sequence of smartcards, handprints and codes opens the exit. Now you’re in the break room.

Already, not everything has gone entirely to plan. Leaning next to the Atari arcade machine, ex-state department official Rick Lamb, smartly suited and wearing black-rimmed glasses (he admits he’s dressed up for the occasion), is telling someone that one of the on-site guards had asked him out loud, “And your security pin is 9925, yes?” “Well, it was…” he says, with an eye-roll. Looking in our direction, he says it’s already been changed.

Lamb is now a senior programme manager for Icann, helping to roll out the new, secure system for verifying the web. This is happening fast, but it is not yet fully in play. If the master key were lost or stolen today, the consequences might not be calamitous: some users would receive security warnings, some networks would have problems, but not much more. But once everyone has moved to the new, more secure system (this is expected in the next three to five years), the effects of losing or damaging the key would be far graver. While every server would still be there, nothing would connect: it would all register as untrustworthy. The whole system, the backbone of the internet, would need to be rebuilt over weeks or months. What would happen if an intelligence agency or hacker – the NSA or Syrian Electronic Army, say – got hold of a copy of the master key? It’s possible they could redirect specific targets to fake websites designed to exploit their computers – although Icann and the keyholders say this is unlikely.

Standing in the break room next to Lamb is Dmitry Burkov, one of the keyholders, a brusque and heavy-set Russian security expert on the boards of several internet NGOs, who has flown in from Moscow for the ceremony. “The key issue with internet governance is always trust,” he says. “No matter what the forum, it always comes down to trust.” Given the tensions between Russia and the US, and Russia’s calls for new organisations to be put in charge of the internet, does he have faith in this current system? He gestures to the room at large: “They’re the best part of Icann.” I take it he means he likes these people, and not the wider organisation, but he won’t be drawn further.

It’s time to move to the ceremony room itself, which has been cleared for the most sensitive classified information. No electrical signals can come in or out. Building security guards are barred, as are cleaners. To make sure the room looks decent for visitors, an east coast keyholder, Anne-Marie Eklund Löwinder of Sweden, has been in the day before to vacuum with a $20 dustbuster.

We’re about to begin a detailed, tightly scripted series of more than 100 actions, all recorded to the minute using the GMT time zone for consistency. These steps are a strange mix of high-security measures lifted straight from a thriller (keycards, safe combinations, secure cages), coupled with more mundane technical details – a bit of trouble setting up a printer – and occasional bouts of farce. In short, much like the internet itself.