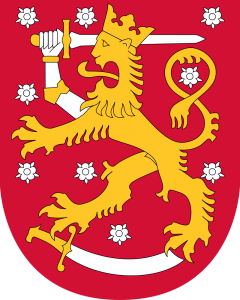 This is the fascinating story of  Petri Luukkainen, a documentary film-maker from Helsinki, Finland. One day he decided to give up all his possessions — everything. He put all his stuff in storage for a year, carefully removing only one item each day. His reasoning: to determine what was really necessary to his daily needs, and what wasn’t.

Like many of us, Petri Luukkainen felt he had too much stuff. Unlike many of us, he decided to put it all in storage for a year, removing one item per day in order to discover what he really needed to live comfortably. The result is the documentary My Stuff, released in Luukkainen’s native Finland two years ago and in the UK this weekend.

The film, an experimental documentary in the style of Morgan Spurlock’s Super Size Me, begins with the 29-year-old naked in his empty Helsinki flat. From there he runs across icy streets to the depot where his belongings are stored, the first of which he takes being a long coat – preserving his modesty and providing a makeshift sleeping bag for the first night. On the second day he takes shoes, on the third a blanket and on the fourth jeans.

Half way through the year he falls in love, leading to a dilemma over whether he should replace his new girlfriend’s fridge – another rule of the project is that he’s not allowed to buy anything new – or to fix it at greater expense. Later, Luukkainen’s grandmother is taken ill and has to move into a care home, meaning he has to go to her old flat to sort through her stuff. The events provide the documentary with such a satisfying narrative that some critics have suggested the film is semi-scripted, though Luukkainen insists it is all real.

The conclusion he comes to at the end of the year is probably what he suspected at the beginning: that possession is a responsibility and “stuff” is a burden. He does, however, provide a couple of figures which may be of help for anyone thinking about decluttering. Luukkainen found he could get by with 100 things (including swimming trunks, trainers, a debit card and a phone) but needed 200 to live with some “joy and comfort” (a third spoon, an electric kettle and a painting).

Speaking from Helsinki ahead of his film’s UK release, the documentary-maker claims the project itself was not something he was particularly proud of. “My problem was that I had too much of everything. It’s not the worst problem and it’s not being noble to give some of it up for a time.”

Whatever the seriousness of the problem, the international interest in the film suggests it is one many of us in the West face, and Luukkainen says he has been contacted by people across Europe who have been inspired to take on similar experiments. “I’d love to be part of a movement but I’m not sure My Stuff is,” he says. “All I want to do is get people to think about what they have and what they need, because it’s not something I thought about at all before I did this film.”

For those who feel like they might have too much stuff, Luukkainen suggests spending some time apart from it, though doesn’t advise going to the extreme of putting it all in storage. Put it in a cupboard, and if its appeal fades with absence, give it away.

Video: My Stuff by Petri Luukkainen.