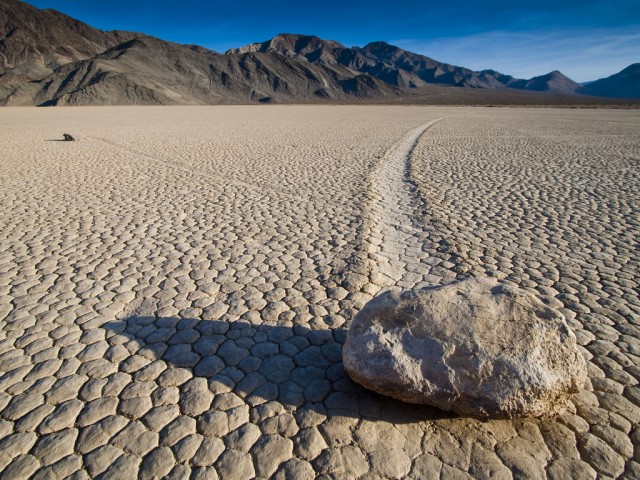 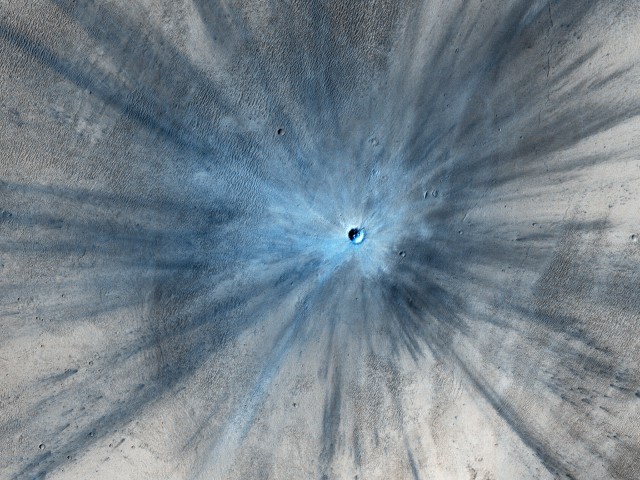 The planners behind the proposed, private Mars One mission to Mars are still targeting 2024 for an initial settlement on the Red Planet. That’s now a mere 10 years away. As of this writing, the field of potential settlers has been whittled down to around 2,000 from an initial pool of about 250,000 would-be explorers. While the selection process and planning continues, other objects continue to target Mars as well. Large space rocks seem to be hitting the planet more frequently and more recently than was first thought. So, while such impacts are both beautiful and scientifically valuable — they may come as rather unwanted to the forthcoming human Martians.

Yesterday [February 5, 2014], the team that runs the HiRISE camera on the Mars Reconnaissance Orbiter released the photo shown above. It’s a new impact crater on Mars, formed sometime early this decade. The crater at the center is about 30 meters in diameter, and the material ejected during its formation extends out as far as 15 kilometers.

The impact was originally spotted by the MRO’s Context Camera, a wide-field imaging system that (wait for it) provides the context—an image of the surrounding terrain—for the high-resolution images taken by HiRISE. The time window on the impact, between July 2010 and May 2012, simply represents the time between two different Context Camera photos of the same location. Once the crater was spotted, it took until November of 2013 for another pass of the region, at which point HiRISE was able to image it.

The graphic below spotted over at Culture of Science puts humanity’s time on Earth into a truer, longer term perspective. The scale is condensed to 24 hours since the formation of our planet to the present time.

[div class=attrib]Image courtesy of the Geology department at University of Wisconsin–Madison.[end-div]