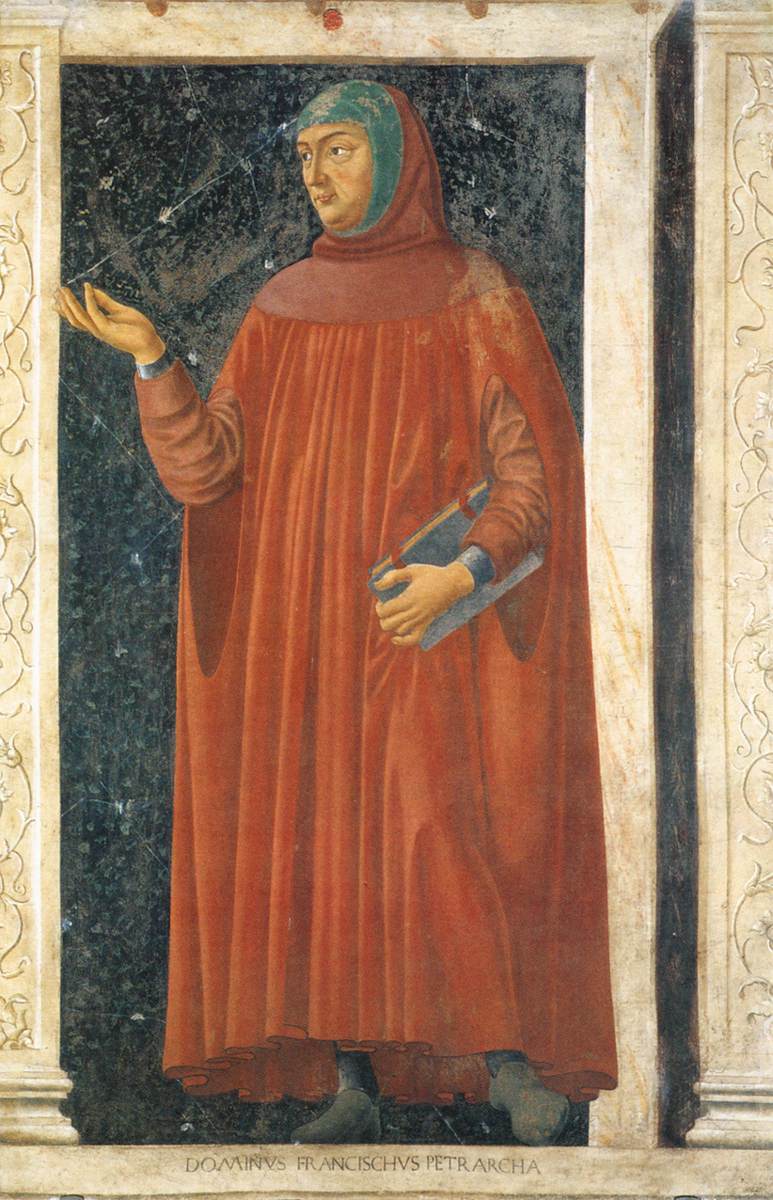 Physicists and astronomers observe the very small and the very big. Although they are focused on very different areas of scientific endeavor and discovery, they tend to agree on one key observation: 95.5 of the cosmos is currently invisible to us. That is, only around 4.5 percent of our physical universe is made up of matter or energy that we can see or sense directly through experimental interaction. The rest, well, it’s all dark — so-called dark matter and dark energy. But nobody really knows what or how or why. Effectively, despite tremendous progress in our understanding of our world, we are still in a global “Dark Age”.

TO OUR eyes, stars define the universe. To cosmologists they are just a dusting of glitter, an insignificant decoration on the true face of space. Far outweighing ordinary stars and gas are two elusive entities: dark matter and dark energy. We don’t know what they are… except that they appear to be almost everything.

These twin apparitions might be enough to give us pause, and make us wonder whether all is right with the model universe we have spent the past century so carefully constructing. And they are not the only thing. Our standard cosmology also says that space was stretched into shape just a split second after the big bang by a third dark and unknown entity called the inflaton field. That might imply the existence of a multiverse of countless other universes hidden from our view, most of them unimaginably alien – just to make models of our own universe work.

Are these weighty phantoms too great a burden for our observations to bear – a wholesale return of conjecture out of a trifling investment of fact, as Mark Twain put it?

The physical foundation of our standard cosmology is Einstein’s general theory of relativity. Einstein began with a simple observation: that any object’s gravitational mass is exactly equal to its resistance to acceleration

, or inertial mass. From that he deduced equations that showed how space is warped by mass and motion, and how we see that bending as gravity. Apples fall to Earth because Earth’s mass bends space-time.

In a relatively low-gravity environment such as Earth, general relativity’s effects look very like those predicted by Newton’s earlier theory, which treats gravity as a force that travels instantaneously between objects. With stronger gravitational fields, however, the predictions diverge considerably. One extra prediction of general relativity is that large accelerating masses send out tiny ripples in the weave of space-time called gravitational waves. While these waves have never yet been observed directly, a pair of dense stars called pulsars, discovered in 1974, are spiralling in towards each other just as they should if they are losing energy by emitting gravitational waves.

Gravity is the dominant force of nature on cosmic scales, so general relativity is our best tool for modelling how the universe as a whole moves and behaves. But its equations are fiendishly complicated, with a frightening array of levers to pull. If you then give them a complex input, such as the details of the real universe’s messy distribution of mass and energy, they become effectively impossible to solve. To make a working cosmological model, we make simplifying assumptions.

The main assumption, called the Copernican principle, is that we are not in a special place. The cosmos should look pretty much the same everywhere – as indeed it seems to, with stuff distributed pretty evenly when we look at large enough scales. This means there’s just one number to put into Einstein’s equations: the universal density of matter.

Einstein’s own first pared-down model universe, which he filled with an inert dust of uniform density, turned up a cosmos that contracted under its own gravity. He saw that as a problem, and circumvented it by adding a new term into the equations by which empty space itself gains a constant energy density. Its gravity turns out to be repulsive, so adding the right amount of this “cosmological constant” ensured the universe neither expanded nor contracted. When observations in the 1920s showed it was actually expanding, Einstein described this move as his greatest blunder.

It was left to others to apply the equations of relativity to an expanding universe. They arrived at a model cosmos that grows from an initial point of unimaginable density, and whose expansion is gradually slowed down by matter’s gravity.

This was the birth of big bang cosmology. Back then, the main question was whether the expansion would ever come to a halt. The answer seemed to be no; there was just too little matter for gravity to rein in the fleeing galaxies. The universe would coast outwards forever.

Then the cosmic spectres began to materialise. The first emissary of darkness put a foot in the door as long ago as the 1930s, but was only fully seen in the late 1970s when astronomers found that galaxies are spinning too fast. The gravity of the visible matter would be too weak to hold these galaxies together according to general relativity, or indeed plain old Newtonian physics. Astronomers concluded that there must be a lot of invisible matter to provide extra gravitational glue.

The existence of dark matter is backed up by other lines of evidence, such as how groups of galaxies move, and the way they bend light on its way to us. It is also needed to pull things together to begin galaxy-building in the first place. Overall, there seems to be about five times as much dark matter as visible gas and stars.

Dark matter’s identity is unknown. It seems to be something beyond the standard model of particle physics, and despite our best efforts we have yet to see or create a dark matter particle on Earth (see “Trouble with physics: Smashing into a dead end”). But it changed cosmology’s standard model only slightly: its gravitational effect in general relativity is identical to that of ordinary matter, and even such an abundance of gravitating stuff is too little to halt the universe’s expansion.

The second form of darkness required a more profound change. In the 1990s, astronomers traced the expansion of the universe more precisely than ever before, using measurements of explosions called type 1a supernovae. They showed that the cosmic expansion is accelerating. It seems some repulsive force, acting throughout the universe, is now comprehensively trouncing matter’s attractive gravity.

This could be Einstein’s cosmological constant resurrected, an energy in the vacuum that generates a repulsive force, although particle physics struggles to explain why space should have the rather small implied energy density. So imaginative theorists have devised other ideas, including energy fields created by as-yet-unseen particles, and forces from beyond the visible universe or emanating from other dimensions.

Whatever it might be, dark energy seems real enough. The cosmic microwave background radiation, released when the first atoms formed just 370,000 years after the big bang, bears a faint pattern of hotter and cooler spots that reveals where the young cosmos was a little more or less dense. The typical spot sizes can be used to work out to what extent space as a whole is warped by the matter and motions within it. It appears to be almost exactly flat, meaning all these bending influences must cancel out. This, again, requires some extra, repulsive energy to balance the bending due to expansion and the gravity of matter. A similar story is told by the pattern of galaxies in space.

All of this leaves us with a precise recipe for the universe. The average density of ordinary matter in space is 0.426 yoctograms per cubic metre (a yoctogram is 10-24 grams, and 0.426 of one equates to about 250 protons), making up 4.5 per cent of the total energy density of the universe. Dark matter makes up 22.5 per cent, and dark energy 73 per cent (see diagram). Our model of a big-bang universe based on general relativity fits our observations very nicely – as long as we are happy to make 95.5 per cent of it up.

Arguably, we must invent even more than that. To explain why the universe looks so extraordinarily uniform in all directions, today’s consensus cosmology contains a third exotic element. When the universe was just 10-36 seconds old, an overwhelming force took over. Called the inflaton field, it was repulsive like dark energy, but far more powerful, causing the universe to expand explosively by a factor of more than 1025, flattening space and smoothing out any gross irregularities.

When this period of inflation ended, the inflaton field transformed into matter and radiation. Quantum fluctuations in the field became slight variations in density, which eventually became the spots in the cosmic microwave background, and today’s galaxies. Again, this fantastic story seems to fit the observational facts. And again it comes with conceptual baggage. Inflation is no trouble for general relativity – mathematically it just requires an add-on term identical to the cosmological constant. But at one time this inflaton field must have made up 100 per cent of the contents of the universe, and its origin poses as much of a puzzle as either dark matter or dark energy. What’s more, once inflation has started it proves tricky to stop: it goes on to create a further legion of universes divorced from our own. For some cosmologists, the apparent prediction of this multiverse is an urgent reason to revisit the underlying assumptions of our standard cosmology (see “Trouble with physics: Time to rethink cosmic inflation?”).

The model faces a few observational niggles, too. The big bang makes much more lithium-7 in theory than the universe contains in practice. The model does not explain the possible alignment in some features in the cosmic background radiation, or why galaxies along certain lines of sight seem biased to spin left-handedly. A newly discovered supergalactic structure 4 billion light years long calls into question the assumption that the universe is smooth on large scales.