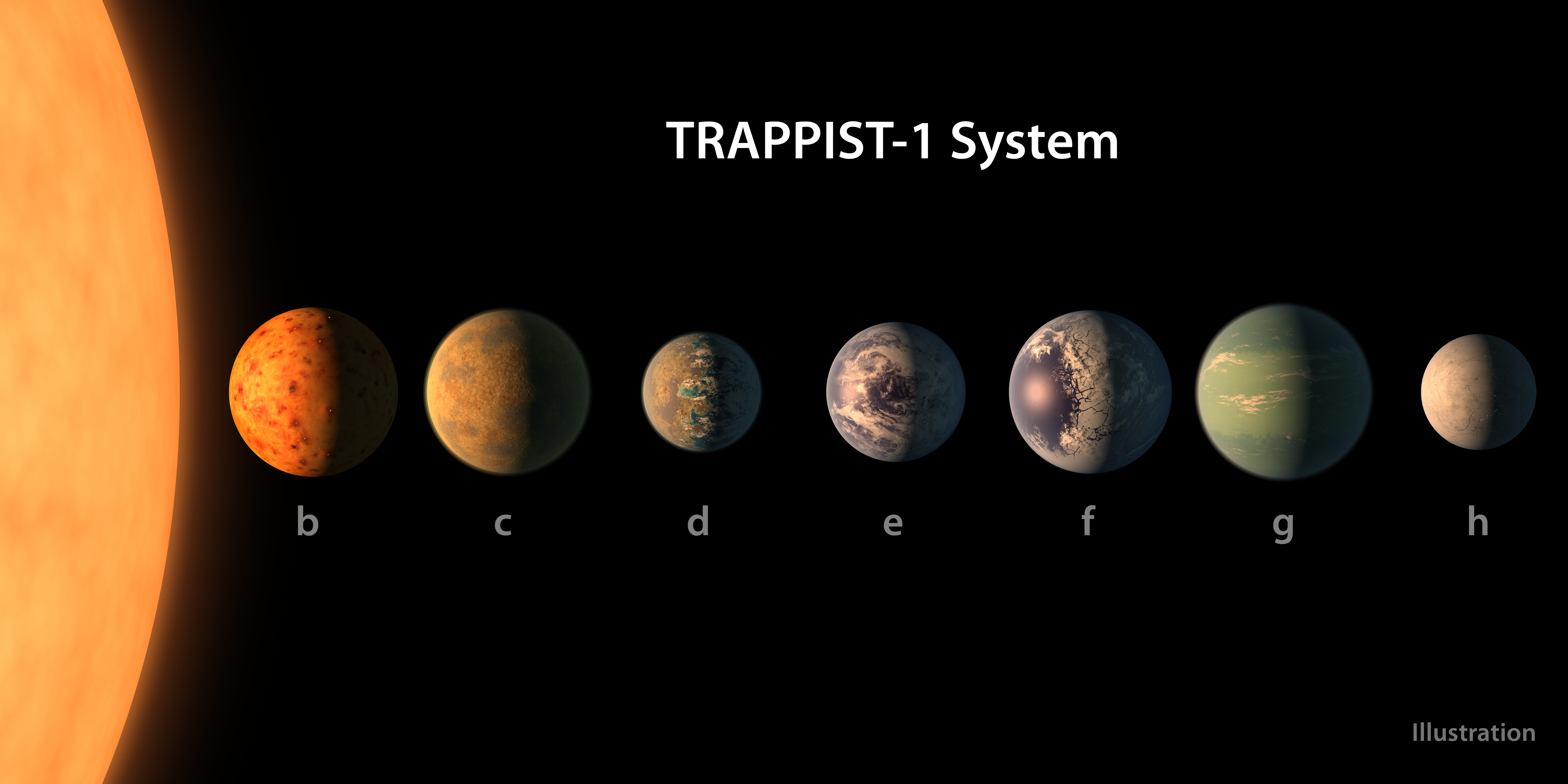 Those bright women and men at NASA have done it again. This time they’ve discovered 7 exoplanets all revolving around the same distant star. The cool news is that on the cosmological distance scale it’s relatively close, only around 40-light years away — a mere 230 trillion miles or so. And, even more fascinating, three of the system’s planets are within the so-called “Goldilocks” habitable zone.

I’m ready. Now, just need a spacecraft, and a quick one at that.

NASA’s Spitzer Space Telescope has revealed the first known system of seven Earth-size planets around a single star. Three of these planets are firmly located in the habitable zone, the area around the parent star where a rocky planet is most likely to have liquid water.

The discovery sets a new record for greatest number of habitable-zone planets found around a single star outside our solar system. All of these seven planets could have liquid water – key to life as we know it – under the right atmospheric conditions, but the chances are highest with the three in the habitable zone.

“This discovery could be a significant piece in the puzzle of finding habitable environments, places that are conducive to life,” said Thomas Zurbuchen, associate administrator of the agency’s Science Mission Directorate in Washington. “Answering the question ‘are we alone’ is a top science priority and finding so many planets like these for the first time in the habitable zone is a remarkable step forward toward that goal.”

Image: An illustration of seven Earth-sized planets observed by NASA’s Spitzer Space Telescope around a tiny, nearby, ultra-cool dwarf star called TRAPPIST-1. Three of these planets are firmly in the habitable zone. Courtesy: NASA.