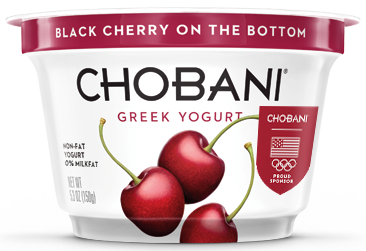 OK, so I am thoroughly addicted to yogurt (or yoghurt, for my non-US readers). My favorite is the greek yogurt Fage, followed by an Aussie concoction called Noosa. Chobani doesn’t even make my top 5.

However, Chobani did something today, April 26, 2016, that made me want to cheer. The company founder, and majority stockholder, gave 10 percent of the business to his 2,000 employees. On average, each will get around $150,000; some, based on length of employment, will gain millions.

Hamdi Ulukaya, a Turkish immigrant, founded Chobani in 2005. The company is privately held, but is estimated to be now valued at $3-5 billion. Chobani’s employees will reap their rewards when the company goes public in an IPO. In Hamdi Ulukaya’s words:

I’ve built something I never thought would be such a success, but I cannot think of Chobani being built without all these people.

Mr. Ulukaya is a role model for other business leaders, who would do well to follow his great example. Chobani offers us a vision that shows employer and employee working to win together.

I may have to revisit Chobani and my yogurt preferences!

The 2,000 full-time employees of Chobani were handed quite the surprise on Tuesday: an ownership stake in the yogurt company that could make some of them millionaires.

Hamdi Ulukaya, the Turkish immigrant who founded Chobani in 2005, told workers at the company’s plant here in upstate New York that he would be giving them shares worth up to 10 percent of the company when it goes public or is sold. The goal, he said, is to pass along the wealth they have helped build in the decade since the company started. Chobani is now widely considered to be worth several billion dollars.

“I’ve built something I never thought would be such a success, but I cannot think of Chobani being built without all these people,” Mr. Ulukaya said in an interview in his Manhattan office that was granted on the condition that no details of the program would be disclosed before the announcement. “Now they’ll be working to build the company even more and building their future at the same time.”

Employees got the news on Tuesday morning. Each worker received a white packet; inside was information about how many “Chobani Shares” they were given. The number of shares given to each person is based on tenure, so the longer an employee has been at the company, the bigger the stake.