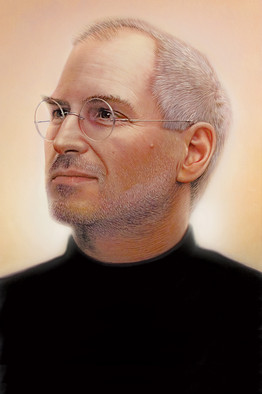 The world will miss Steve Jobs.

In early 2010 the U.S. Supreme Court overturned years of legal precedent by assigning First Amendment (free speech) protections to corporations. We could argue the merits and demerits of this staggering ruling until the cows come home. However, one thing is clear if corporations are to be judged as people. And, that is the world would in all likelihood benefit more from a corporation with a human, optimistic and passionate face (Apple) rather than from a faceless one (Exxon) or an ideological one (News Corp) or an opaque one (Koch Industries).

That said, we excerpt a fascinating essay on Steve Jobs by Andy Crouch below. We would encourage Mr.Crouch to take this worthy idea further by examining the Fortune 1000 list of corporations. Could he deliver a similar analysis for each of these corporations’ leaders? We believe not.

The world will miss Steve Jobs.

Steve Jobs was extraordinary in countless ways—as a designer, an innovator, a (demanding and occasionally ruthless) leader. But his most singular quality was his ability to articulate a perfectly secular form of hope. Nothing exemplifies that ability more than Apple’s early logo, which slapped a rainbow on the very archetype of human fallenness and failure—the bitten fruit—and turned it into a sign of promise and progress.

That bitten apple was just one of Steve Jobs’s many touches of genius, capturing the promise of technology in a single glance. The philosopher Albert Borgmann has observed that technology promises to relieve us of the burden of being merely human, of being finite creatures in a harsh and unyielding world. The biblical story of the Fall pronounced a curse upon human work—”cursed is the ground for thy sake; in sorrow shalt thou eat of it all the days of thy life.” All technology implicitly promises to reverse the curse, easing the burden of creaturely existence. And technology is most celebrated when it is most invisible—when the machinery is completely hidden, combining godlike effortlessness with blissful ignorance about the mechanisms that deliver our disburdened lives.

Steve Jobs was the evangelist of this particular kind of progress—and he was the perfect evangelist because he had no competing source of hope. He believed so sincerely in the “magical, revolutionary” promise of Apple precisely because he believed in no higher power. In his celebrated Stanford commencement address (which is itself an elegant, excellent model of the genre), he spoke frankly about his initial cancer diagnosis in 2003. It’s worth pondering what Jobs did, and didn’t, say:

“No one wants to die. Even people who want to go to heaven don’t want to die to get there. And yet death is the destination we all share. No one has ever escaped it. And that is as it should be, because death is very likely the single best invention of life. It’s life’s change agent; it clears out the old to make way for the new. Right now, the new is you. But someday, not too long from now, you will gradually become the old and be cleared away. Sorry to be so dramatic, but it’s quite true. Your time is limited, so don’t waste it living someone else’s life. Don’t be trapped by dogma, which is living with the results of other people’s thinking. Don’t let the noise of others’ opinions drown out your own inner voice, heart and intuition. They somehow already know what you truly want to become.”

This is the gospel of a secular age.