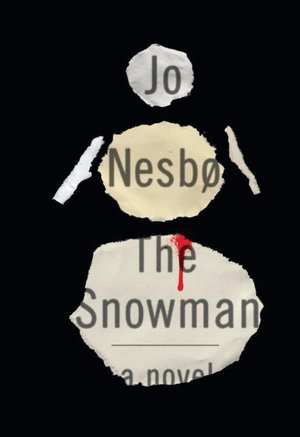 The title could be mistaken for a dark and violent crime novel from the likes of (Stieg) Larrson, Nesbø, Sjöwall-Wahlöö, or Henning Mankell. But, this story is somewhat more mundane, though much more consequential. It’s a story about a Swedish cancer killer.

On the snow-clotted plains of central Sweden where Wotan and Thor, the clamorous gods of magic and death, once held sway, a young, self-deprecating gene therapist has invented a virus that eliminates the type of cancer that killed Steve Jobs.

‘Not “eliminates”! Not “invented”, no!’ interrupts Professor Magnus Essand, panicked, when I Skype him to ask about this explosive achievement.

‘Our results are only in the lab so far, not in humans, and many treatments that work in the lab can turn out to be not so effective in humans. However, adenovirus serotype 5 is a common virus in which we have achieved transcriptional targeting by replacing an endogenous viral promoter sequence by…’

It sounds too kindly of the gods to be true: a virus that eats cancer.

‘I sometimes use the phrase “an assassin who kills all the bad guys”,’ Prof Essand agrees contentedly.

Cheap to produce, the virus is exquisitely precise, with only mild, flu-like side-effects in humans. Photographs in research reports show tumours in test mice melting away.

‘It is amazing,’ Prof Essand gleams in wonder. ‘It’s better than anything else. Tumour cell lines that are resistant to every other drug, it kills them in these animals.’

Yet as things stand, Ad5[CgA-E1A-miR122]PTD – to give it the full gush of its most up-to-date scientific name – is never going to be tested to see if it might also save humans. Since 2010 it has been kept in a bedsit-sized mini freezer in a busy lobby outside Prof Essand’s office, gathering frost. (‘Would you like to see?’ He raises his laptop computer and turns, so its camera picks out a table-top Electrolux next to the lab’s main corridor.)

Two hundred metres away is the Uppsala University Hospital, a European Centre of Excellence in Neuroendocrine Tumours. Patients fly in from all over the world to be seen here, especially from America, where treatment for certain types of cancer lags five years behind Europe. Yet even when these sufferers have nothing else to hope for, have only months left to live, wave platinum credit cards and are prepared to sign papers agreeing to try anything, to hell with the side-effects, the oncologists are not permitted – would find themselves behind bars if they tried – to race down the corridors and snatch the solution out of Prof Essand’s freezer.

I found out about Prof Magnus Essand by stalking him. Two and a half years ago the friend who edits all my work – the biographer and genius transformer of rotten sentences and misdirected ideas, Dido Davies – was diagnosed with neuroendocrine tumours, the exact type of cancer that Steve Jobs had. Every three weeks she would emerge from the hospital after eight hours of chemotherapy infusion, as pale as ice but nevertheless chortling and optimistic, whereas I (having spent the day battling Dido’s brutal edits to my work, among drip tubes) would stumble back home, crack open whisky and cigarettes, and slump by the computer. Although chemotherapy shrank the tumour, it did not cure it. There had to be something better.

It was on one of those evenings that I came across a blog about a quack in Mexico who had an idea about using sub-molecular particles – nanotechnology. Quacks provide a very useful service to medical tyros such as myself, because they read all the best journals the day they appear and by the end of the week have turned the results into potions and tinctures. It’s like Tommy Lee Jones in Men in Black reading the National Enquirer to find out what aliens are up to, because that’s the only paper trashy enough to print the truth. Keep an eye on what the quacks are saying, and you have an idea of what might be promising at the Wild West frontier of medicine. This particular quack was in prison awaiting trial for the manslaughter (by quackery) of one of his patients, but his nanotechnology website led, via a chain of links, to a YouTube lecture about an astounding new therapy for neuroendocrine cancer based on pig microbes, which is currently being put through a variety of clinical trials in America.

I stopped the video and took a snapshot of the poster behind the lecturer’s podium listing useful research company addresses; on the website of one of these organisations was a reference to a scholarly article that, when I checked through the footnotes, led, via a doctoral thesis, to a Skype address – which I dialled.

To geneticists, the science makes perfect sense. It is a fact of human biology that healthy cells are programmed to die when they become infected by a virus, because this prevents the virus spreading to other parts of the body. But a cancerous cell is immortal; through its mutations it has somehow managed to turn off the bits of its genetic programme that enforce cell suicide. This means that, if a suitable virus infects a cancer cell, it could continue to replicate inside it uncontrollably, and causes the cell to ‘lyse’ – or, in non-technical language, tear apart. The progeny viruses then spread to cancer cells nearby and repeat the process. A virus becomes, in effect, a cancer of cancer. In Prof Essand’s laboratory studies his virus surges through the bloodstreams of test animals, rupturing cancerous cells with Viking rapacity.