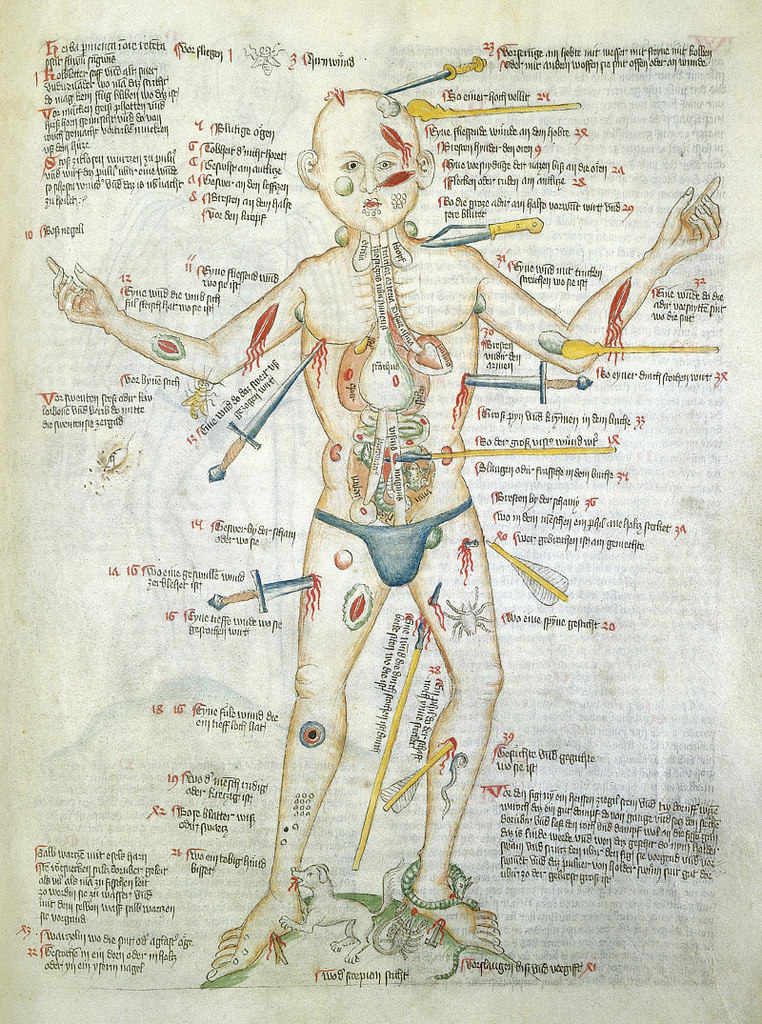 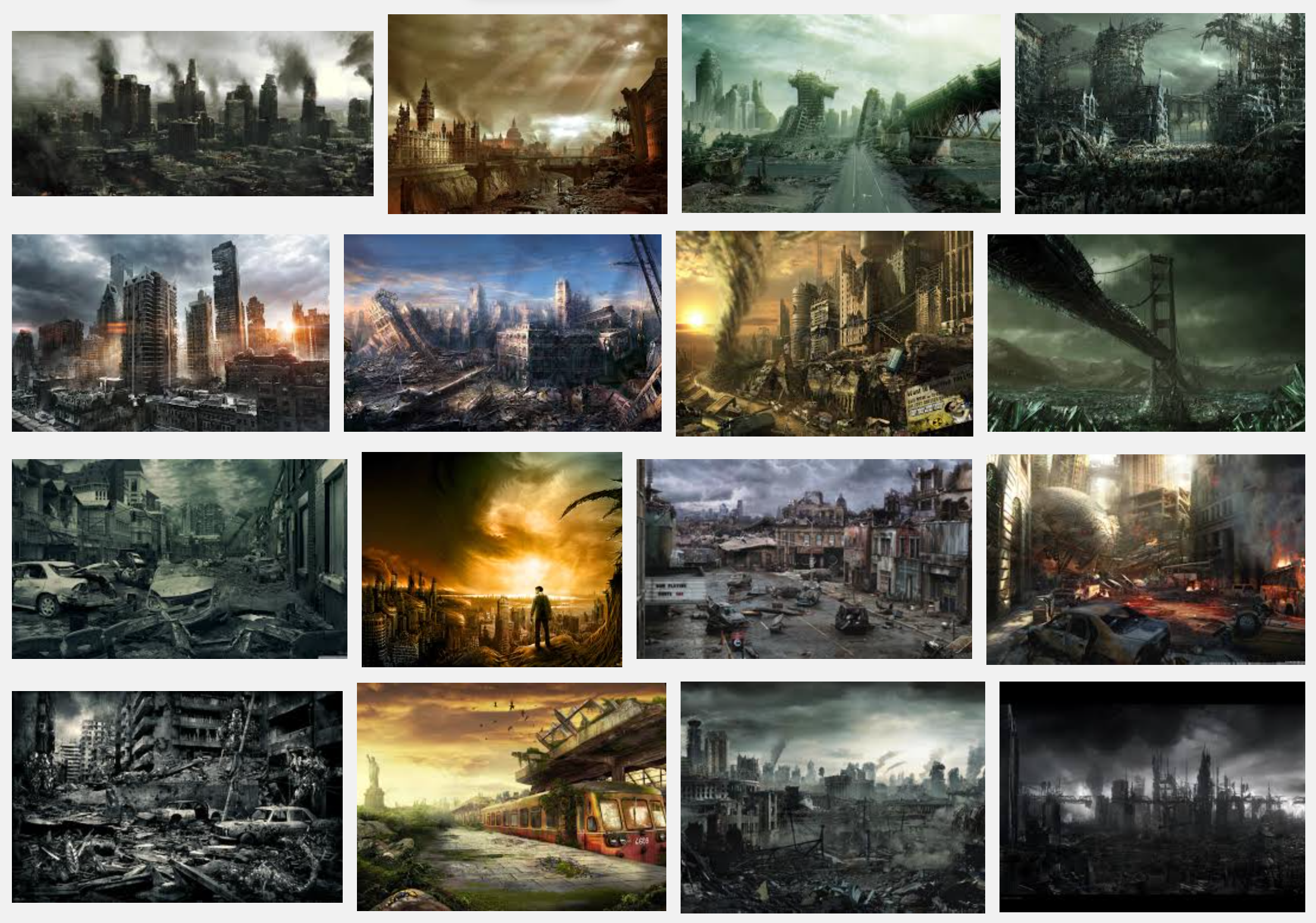 Step One: Return to the Seventh Century.

Just three simple steps — pretty straightforward really. Lots of violence, bloodshed and torture along the way. But apparently it’s worth every beheaded infidel, every crucified apostate, every subjugated or raped woman, every tormented child. This is the world according to ISIS, and it makes all other apocalyptic traditions seem like a trip to the candy store.

This makes one believe that apocalyptic Jews and Christians really don’t take their end-of-days beliefs very seriously — otherwise wouldn’t they be fighting alongside their Muslim brothers to reach the other side as quickly as possible?

Hmm. Which God to believe?

If you do nothing else today, read the entire in-depth article below.

What is the Islamic State?

Where did it come from, and what are its intentions? The simplicity of these questions can be deceiving, and few Western leaders seem to know the answers. In December, The New York Times published confidential comments by Major General Michael K. Nagata, the Special Operations commander for the United States in the Middle East, admitting that he had hardly begun figuring out the Islamic State’s appeal. “We have not defeated the idea,” he said. “We do not even understand the idea.” In the past year, President Obama has referred to the Islamic State, variously, as “not Islamic” and as al-Qaeda’s “jayvee team,” statements that reflected confusion about the group, and may have contributed to significant strategic errors.

The group seized Mosul, Iraq, last June, and already rules an area larger than the United Kingdom. Abu Bakr al-Baghdadi has been its leader since May 2010, but until last summer, his most recent known appearance on film was a grainy mug shot from a stay in U.S. captivity at Camp Bucca during the occupation of Iraq. Then, on July 5 of last year, he stepped into the pulpit of the Great Mosque of al-Nuri in Mosul, to deliver a Ramadan sermon as the first caliph in generations—upgrading his resolution from grainy to high-definition, and his position from hunted guerrilla to commander of all Muslims. The inflow of jihadists that followed, from around the world, was unprecedented in its pace and volume, and is continuing.

Our ignorance of the Islamic State is in some ways understandable: It is a hermit kingdom; few have gone there and returned. Baghdadi has spoken on camera only once. But his address, and the Islamic State’s countless other propaganda videos and encyclicals, are online, and the caliphate’s supporters have toiled mightily to make their project knowable. We can gather that their state rejects peace as a matter of principle; that it hungers for genocide; that its religious views make it constitutionally incapable of certain types of change, even if that change might ensure its survival; and that it considers itself a harbinger of—and headline player in—the imminent end of the world.

The Islamic State, also known as the Islamic State of Iraq and al-Sham (ISIS), follows a distinctive variety of Islam whose beliefs about the path to the Day of Judgment matter to its strategy, and can help the West know its enemy and predict its behavior. Its rise to power is less like the triumph of the Muslim Brotherhood in Egypt (a group whose leaders the Islamic State considers apostates) than like the realization of a dystopian alternate reality in which David Koresh or Jim Jones survived to wield absolute power over not just a few hundred people, but some 8 million.

We have misunderstood the nature of the Islamic State in at least two ways. First, we tend to see jihadism as monolithic, and to apply the logic of al?Qaeda to an organization that has decisively eclipsed it. The Islamic State supporters I spoke with still refer to Osama bin Laden as “Sheikh Osama,” a title of honor. But jihadism has evolved since al-Qaeda’s heyday, from about 1998 to 2003, and many jihadists disdain the group’s priorities and current leadership.

Bin Laden viewed his terrorism as a prologue to a caliphate he did not expect to see in his lifetime. His organization was flexible, operating as a geographically diffuse network of autonomous cells. The Islamic State, by contrast, requires territory to remain legitimate, and a top-down structure to rule it. (Its bureaucracy is divided into civil and military arms, and its territory into provinces.)

We are misled in a second way, by a well-intentioned but dishonest campaign to deny the Islamic State’s medieval religious nature. Peter Bergen, who produced the first interview with bin Laden in 1997, titled his first book Holy War, Inc. in part to acknowledge bin Laden as a creature of the modern secular world. Bin Laden corporatized terror and franchised it out. He requested specific political concessions, such as the withdrawal of U.S. forces from Saudi Arabia. His foot soldiers navigated the modern world confidently. On Mohammad Atta’s last full day of life, he shopped at Walmart and ate dinner at Pizza Hut.

There is a temptation to rehearse this observation—that jihadists are modern secular people, with modern political concerns, wearing medieval religious disguise—and make it fit the Islamic State. In fact, much of what the group does looks nonsensical except in light of a sincere, carefully considered commitment to returning civilization to a seventh-century legal environment, and ultimately to bringing about the apocalypse.

The most-articulate spokesmen for that position are the Islamic State’s officials and supporters themselves. They refer derisively to “moderns.” In conversation, they insist that they will not—cannot—waver from governing precepts that were embedded in Islam by the Prophet Muhammad and his earliest followers. They often speak in codes and allusions that sound odd or old-fashioned to non-Muslims, but refer to specific traditions and texts of early Islam.

To take one example: In September, Sheikh Abu Muhammad al-Adnani, the Islamic State’s chief spokesman, called on Muslims in Western countries such as France and Canada to find an infidel and “smash his head with a rock,” poison him, run him over with a car, or “destroy his crops.” To Western ears, the biblical-sounding punishments—the stoning and crop destruction—juxtaposed strangely with his more modern-sounding call to vehicular homicide. (As if to show that he could terrorize by imagery alone, Adnani also referred to Secretary of State John Kerry as an “uncircumcised geezer.”)

But Adnani was not merely talking trash. His speech was laced with theological and legal discussion, and his exhortation to attack crops directly echoed orders from Muhammad to leave well water and crops alone—unless the armies of Islam were in a defensive position, in which case Muslims in the lands of kuffar, or infidels, should be unmerciful, and poison away.

The reality is that the Islamic State is Islamic. Very Islamic. Yes, it has attracted psychopaths and adventure seekers, drawn largely from the disaffected populations of the Middle East and Europe. But the religion preached by its most ardent followers derives from coherent and even learned interpretations of Islam.

Virtually every major decision and law promulgated by the Islamic State adheres to what it calls, in its press and pronouncements, and on its billboards, license plates, stationery, and coins, “the Prophetic methodology,” which means following the prophecy and example of Muhammad, in punctilious detail. Muslims can reject the Islamic State; nearly all do. But pretending that it isn’t actually a religious, millenarian group, with theology that must be understood to be combatted, has already led the United States to underestimate it and back foolish schemes to counter it. We’ll need to get acquainted with the Islamic State’s intellectual genealogy if we are to react in a way that will not strengthen it, but instead help it self-immolate in its own excessive zeal.