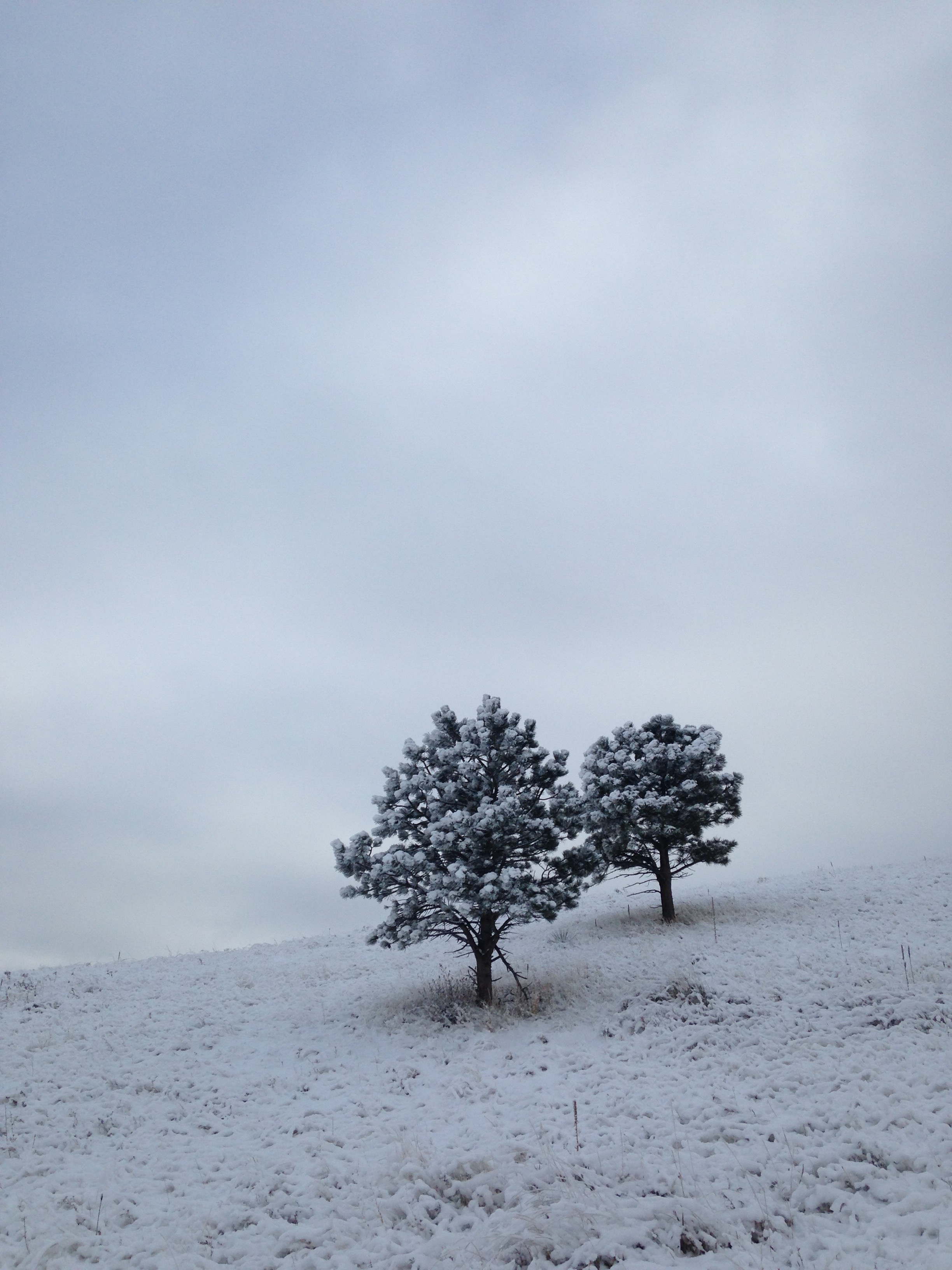 Our world is a noisy place. And, for all our technological progress it is becoming increasingly noisy. Many who can afford to do so spend a significant slice of their incomes seeking the elusive place or moment(s) that bring peace and quiet. So, it’s no surprise to see an uptick in demand for all things quiet — silent reading, silent dining, silent hiking, silent meditation.

Once the preserve of monastic retreats and hardcore meditators, simply being quiet is growing in appeal. Whole businesses have sprung up to meet a rising demand for quiet time, from silent weekend getaways to silent dining, silent reading parties and even silent dating. This month sees the release of documentary In Pursuit of Silence, a “meditative film” about our relationship with noise, promoted with a delicate two-minute trailer in which not a word is uttered.

Silence can, as the film attests, mean different things to different people. It can be a space for quiet reflection or a state fraught with discomfort. There is a certain intimacy inherent in being silent with other people – we usually do so only with those closest to us. So there is something almost radical about the recent trend for enjoying silence with strangers.

Mariel Symeonidou started a regular silent reading party in Dundee just under a year ago, in a moment of “uncharacteristic extroversion”. Readers bring their books and meet in a bar, where they read together in silence for an hour or sometimes two, then put the books away to chat and have a drink. 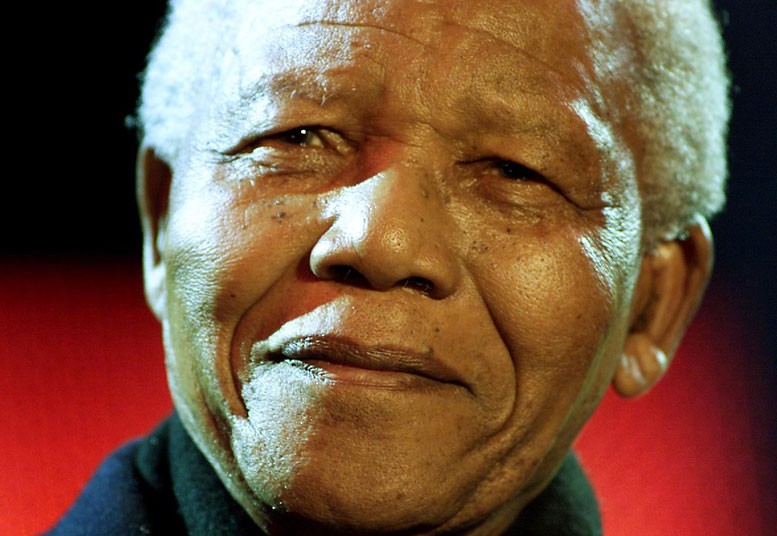 The world has lost a person of true grace, peace and morality. We honor Nelson Mandela, who passed away on December 5, 2013. First, a prisoner for 27 years of racist apartheid, and then a  forgiving president of a healing post-apartheid nation, Mandela was a shining example — to us all — of the best qualities of humanity. May his Long Walk continue…

Nelson Mandela, South Africa’s first black president and an enduring icon of the struggle against racial oppression, died on Thursday, the government announced, leaving the nation without its moral center at a time of growing dissatisfaction with the country’s leaders.

“Our nation has lost its greatest son,” President Jacob Zuma said in a televised address on Thursday night, adding that Mr. Mandela had died at 8:50 p.m. local time. “His humility, his compassion and his humanity earned him our love.”

Mr Zuma called Mr. Mandela’s death “the moment of our greatest sorrow,” and said that South Africa’s thoughts were now with the former president’s family. “They have sacrificed much and endured much so that our people could be free,” he said.

Mr. Mandela spent 27 years in prison after being convicted of treason by the white minority government, only to forge a peaceful end to white rule by negotiating with his captors after his release in 1990. He led the African National Congress, long a banned liberation movement, to a resounding electoral victory in 1994, the first fully democratic election in the country’s history.

Mr. Mandela, who was 95, served just one term as South Africa’s president and had not been seen in public since 2010, when the nation hosted the soccer World Cup. But his decades in prison and his insistence on forgiveness over vengeance made him a potent symbol of the struggle to end this country’s brutally codified system of racial domination, and of the power of peaceful resolution in even the most intractable conflicts.

Years after he retreated from public life, his name still resonated as an emblem of his effort to transcend decades of racial division and create what South Africans called a Rainbow Nation.

Yet Mr. Mandela’s death comes during a period of deep unease and painful self-examination for South Africa.

In the past year and a half, the country has faced perhaps its most serious unrest since the end of apartheid, provoked by a wave of wildcat strikes by angry miners, a deadly response on the part of the police, a messy leadership struggle within the A.N.C. and the deepening fissures between South Africa’s rulers and its impoverished masses.

Scandals over corruption involving senior members of the party have fed a broader perception that Mr. Mandela’s near saintly legacy from the years of struggle has been eroded by a more recent scramble for self-enrichment among a newer elite.

After spending decades in penurious exile, many political figures returned to find themselves at the center of a grab for power and money. President Jacob Zuma was charged with corruption before rising to the presidency in 2009, though the charges were dropped on largely technical grounds. He has faced renewed scrutiny in the past year over $27 million spent in renovations to his house in rural Zululand.

Graphic cellphone videos of police officers abusing people they have detained have further fueled anger at a government seen increasingly out of touch with the lives of ordinary South Africans.

Mr. Mandela served as president from 1994 to 1999, stepping aside at the age of 75 to allow his deputy, Thabo Mbeki, to run and take the reins. Mr. Mandela spent his early retirement years focused on charitable causes for children and later speaking out about AIDS, which has killed millions of Africans, including his son Makgatho, who died in 2005.

Mr. Mandela retreated from public life in 2004 at the age of 85, largely withdrawing to his homes in the upscale Johannesburg suburb of Houghton and his ancestral village in the Eastern Cape, Qunu.

Peter Singer, Professor of Bioethics at Princeton, lends support to Steven Pinker’s recent arguments that our current era is less violent and more peaceful than any previous period of human existence.

With daily headlines focusing on war, terrorism, and the abuses of repressive governments, and religious leaders frequently bemoaning declining standards of public and private behavior, it is easy to get the impression that we are witnessing a moral collapse. But I think that we have grounds to be optimistic about the future.

Thirty years ago, I wrote a book called The Expanding Circle, in which I asserted that, historically, the circle of beings to whom we extend moral consideration has widened, first from the tribe to the nation, then to the race or ethnic group, then to all human beings, and, finally, to non-human animals. That, surely, is moral progress.

We might think that evolution leads to the selection of individuals who think only of their own interests, and those of their kin, because genes for such traits would be more likely to spread. But, as I argued then, the development of reason could take us in a different direction.

On the one hand, having a capacity to reason confers an obvious evolutionary advantage, because it makes it possible to solve problems and to plan to avoid dangers, thereby increasing the prospects of survival. Yet, on the other hand, reason is more than a neutral problem-solving tool. It is more like an escalator: once we get on it, we are liable to be taken to places that we never expected to reach. In particular, reason enables us to see that others, previously outside the bounds of our moral view, are like us in relevant respects. Excluding them from the sphere of beings to whom we owe moral consideration can then seem arbitrary, or just plain wrong.

Steven Pinker’s recent book The Better Angels of Our Nature lends weighty support to this view.  Pinker, a professor of psychology at Harvard University, draws on recent research in history, psychology, cognitive science, economics, and sociology to argue that our era is less violent, less cruel, and more peaceful than any previous period of human existence.

The decline in violence holds for families, neighborhoods, tribes, and states. In essence, humans living today are less likely to meet a violent death, or to suffer from violence or cruelty at the hands of others, than their predecessors in any previous century.

Many people will doubt this claim. Some hold a rosy view of the simpler, supposedly more placid lives of tribal hunter-gatherers relative to our own. But examination of skeletons found at archaeological sites suggests that as many as 15% of prehistoric humans met a violent death at the hands of another person. (For comparison, in the first half of the twentieth century, the two world wars caused a death rate in Europe of not much more than 3%.)

Even those tribal peoples extolled by anthropologists as especially “gentle” – for example, the Semai of Malaysia, the Kung of the Kalahari, and the Central Arctic Inuit – turn out to have murder rates that are, relative to population, comparable to Detroit, which has one of the highest murder rates in the United States. In Europe, your chance of being murdered is now less than one-tenth, and in some countries only one-fiftieth, of what it would have been had you lived 500 years ago.

Pinker accepts that reason is an important factor underlying the trends that he describes. In support of this claim, he refers to the “Flynn Effect” – the remarkable finding by the philosopher James Flynn that since IQ tests were first administered, scores have risen considerably. The average IQ is, by definition, 100; but, to achieve that result, raw test results have to be standardized. If the average teenager today took an IQ test in 1910, he or she would score 130, which would be better than 98% of those taking the test then.

It is not easy to attribute this rise to improved education, because the aspects of the tests on which scores have risen the most do not require a good vocabulary, or even mathematical ability, but instead assess powers of abstract reasoning.