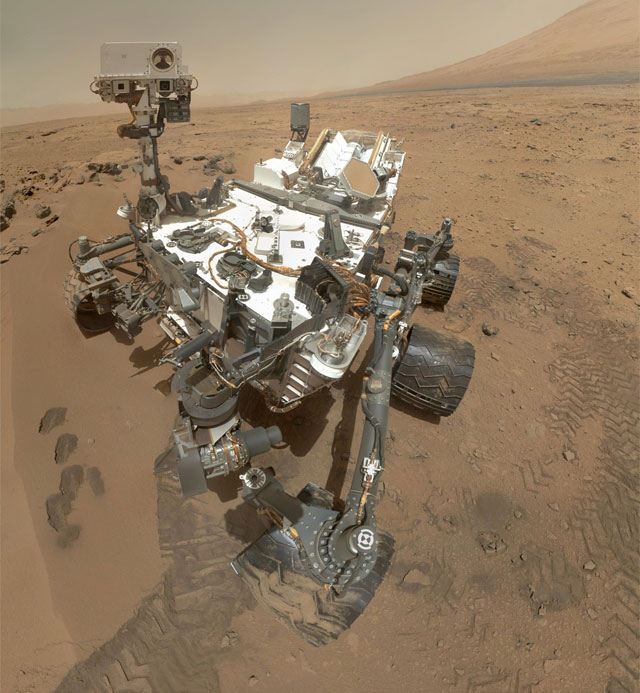 Mars Curiosity Rover is at it again. This time it has unearthed (or should it be “unmarsed”) compelling evidence of an ancient lake on the red planet.

The latest discovery of Nasa’s Mars Curiosity rover is evidence of an ancient freshwater lake on Mars that was part of an environment that could potentially have supported simple microbial life.

The lake is located inside the Gale Crater and is thought to have covered an area that is 31 miles long and three miles wide for more than 100,000 years.

According to a paper published yesterday in Science Magazine: “The Curiosity rover discovered fine-grained sedimentary rocks, which are inferred to represent an ancient lake and preserve evidence of an environment that would have been suited to support a Martian biosphere founded on chemolithoautotrophy.”

When analyzing two rock samples from an area known as Yellowknife Bay, researchers discovered smectite clay minerals, the chemical makeup of which showed that they had formed in water. Due to low salinity and the neutral pH, the water the minerals formed in was neither too acidic nor too alkaline for life to have once existed within it.

Chemolithoautotrophs, the form of life the researchers believed may have lived in the lake, can also be found on Earth, usually in caves or in vents on the ocean floor.

“If we put microbes from Earth and put them in this lake on Mars, would they survive? Would they survive and thrive? And the answer is yes,” the Washington Post is reporting John Grotzinger, a Caltech planetary geologist who is the chief scientist of the Curiosity rover mission, as saying at a press conference.

Evidence of water was first discovered in soil samples on Mars in September by Curiosity, which first landed on the Red Planet in August 2012 with the hope of discovering whether it may have once offered a habitable environment. Increasingly, as studies are finding evidence of the planet’s environment interacting at some point with water, researchers are believing that in the past Mars could have been a more Earth-like planet.

Curiosity cannot confirm whether or not these organisms definitely did exist on Mars, only that the environment was once ideal for them to flourish there. 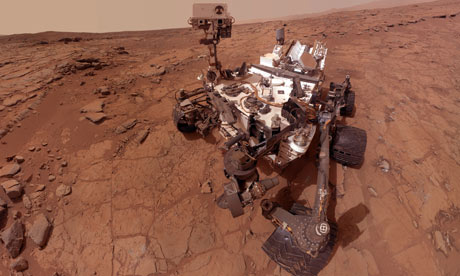 Curiosity, the latest rover to explore Mars, has found lots of water in the martian soil. Now, it doesn’t run freely, but is chemically bound to other substances. Yet the large volume of H2O bodes well for future human exploration (and settlement).

Water has been discovered in the fine-grained soil on the surface of Mars, which could be a useful resource for future human missions to the red planet, according to measurements made by Nasa’s Curiosity rover.

Each cubic foot of Martian soil contains around two pints of liquid water, though the molecules are not freely accessible, but rather bound to other minerals in the soil.

The Curiosity rover has been on Mars since August 2012, landing in an area near the equator of the planet known as Gale Crater. Its target is to circle and climb Mount Sharp, which lies at the centre of the crater, a five-kilometre-high mountain of layered rock that will help scientists unravel the history of the planet.

On Thursday Nasa scientists published a series of five papers in the journal Science, which detail the experiments carried out by the various scientific instruments aboard Curiosity in its first four months on the martian surface. Though highlights from the year-long mission have been released at conferences and Nasa press conferences, these are the first set of formal, peer-reviewed results from the Curiosity mission.

“We tend to think of Mars as this dry place – to find water fairly easy to get out of the soil at the surface was exciting to me,” said Laurie Leshin, dean of science at Rensselaer Polytechnic Institute and lead author on the Science paper which confirmed the existence of water in the soil. “If you took about a cubic foot of the dirt and heated it up, you’d get a couple of pints of water out of that – a couple of water bottles’ worth that you would take to the gym.”

About 2% of the soil, by weight, was water. Curiosity made the measurement by scooping up a sample of the Martian dirt under its wheels, sieving it and dropping tiny samples into an oven in its belly, an instrument called Sample Analysis at Mars. “We heat [the soil] up to 835C and drive off all the volatiles and measure them,” said Leshin. “We have a very sensitive way to sniff those and we can detect the water and other things that are released.”

Aside from water, the heated soil released sulphur dioxide, carbon dioxide and oxygen as the various minerals within it were decomposed as they warmed up.

One of Curiosity’s main missions is to look for signs of habitability on Mars, places where life might once have existed. “The rocks and minerals are a record of the processes that have occurred and [Curiosity is] trying to figure out those environments that were around and to see if they were habitable,” said Peter Grindrod, a planetary scientist at University College London who was not involved in the analyses of Curiosity data.

Flowing water is once thought to have been abundant on the surface of Mars, but it has now all but disappeared. The only direct sources of water found so far have been as ice at the poles of the planet.