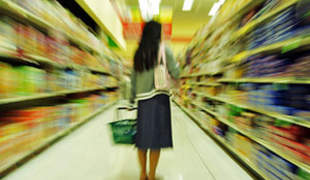 In an insightful opinion piece, excerpted below, a millennial wonders if our fragmented and cluttered, information-rich society has damaged pluralism by turning action into indecision. Even aesthetic preferences come to be so laden with judgmental baggage that expressing a preference for one type of art, or car, or indeed cereal, seems to become an impossible conundrum  for many born in the mid-1980s or later. So, a choice becomes a way to alienate those not chosen — when did selecting a cereal become such an onerous exercise in political correctness and moral relativism?

Critics of the millennial generation, of which I am a member, consistently use terms like “apathetic,” “lazy” and “narcissistic” to explain our tendency to be less civically and politically engaged. But what these critics seem to be missing is that many millennials are plagued not so much by apathy as by indecision. And it’s not surprising: Pluralism has been a large influence on our upbringing. While we applaud pluralism’s benefits, widespread enthusiasm has overwhelmed desperately needed criticism of its side effects.

By “pluralism,” I mean a cultural recognition of difference: individuals of varying race, gender, religious affiliation, politics and sexual preference, all exalted as equal. In recent decades, pluralism has come to be an ethical injunction, one that calls for people to peacefully accept and embrace, not simply tolerate, differences among individuals. Distinct from the free-for-all of relativism, pluralism encourages us (in concept) to support our own convictions while also upholding an “energetic engagement with diversity, ” as Harvard’s Pluralism Project suggested in 1991. Today, paeans to pluralism continue to sound throughout the halls of American universities, private institutions, left-leaning households and influential political circles.

However, pluralism has had unforeseen consequences. The art critic Craig Owens once wrote that pluralism is not a “recognition, but a reduction of difference to absolute indifference, equivalence, interchangeability.” Some millennials who were greeted by pluralism in this battered state are still feelings its effects. Unlike those adults who encountered pluralism with their beliefs close at hand, we entered the world when truth-claims and qualitative judgments were already on trial and seemingly interchangeable. As a result, we continue to struggle when it comes to decisively avowing our most basic convictions.

Those of us born after the mid-1980s whose upbringing included a liberal arts education and the fruits of a fledgling World Wide Web have grown up (and are still growing up) with an endlessly accessible stream of texts, images and sounds from far-reaching times and places, much of which were unavailable to humans for all of history. Our most formative years include not just the birth of the Internet and the ensuing accelerated global exchange of information, but a new orthodoxy of multiculturalist ethics and “political correctness.”

These ideas were reinforced in many humanities departments in Western universities during the 1980s, where facts and claims to objectivity were eagerly jettisoned. Even “the canon” was dislodged from its historically privileged perch, and since then, many liberal-minded professors have avoided opining about “good” literature or “high art” to avoid reinstating an old hegemony. In college today, we continue to learn about the byproducts of absolute truths and intractable forms of ideology, which historically seem inextricably linked to bigotry and prejudice.

For instance, a student in one of my English classes was chastened for his preference for Shakespeare over that of the Haitian-American writer Edwidge Danticat. The professor challenged the student to apply a more “disinterested” analysis to his reading so as to avoid entangling himself in a misinformed gesture of “postcolonial oppression.” That student stopped raising his hand in class.

I am not trying to tackle the challenge as a whole or indict contemporary pedagogies, but I have to ask: How does the ethos of pluralism inside universities impinge on each student’s ability to make qualitative judgments outside of the classroom, in spaces of work, play, politics or even love?

In 2004, the French sociologist of science Bruno Latour intimated that the skeptical attitude which rebuffs claims to absolute knowledge might have had a deleterious effect on the younger generation: “Good American kids are learning the hard way that facts are made up, that there is no such thing as natural, unmediated, unbiased access to truth, that we are always prisoners of language, that we always speak from a particular standpoint, and so on.” Latour identified a condition that resonates: Our tenuous claims to truth have not simply been learned in university classrooms or in reading theoretical texts but reinforced by the decentralized authority of the Internet. While trying to form our fundamental convictions in this dizzying digital and intellectual global landscape, some of us are finding it increasingly difficult to embrace qualitative judgments.

Matters of taste in music, art and fashion, for example, can become a source of anxiety and hesitation. While clickable ways of “liking” abound on the Internet, personalized avowals of taste often seem treacherous today. Admittedly, many millennials (and nonmillennials) might feel comfortable simply saying, “I like what I like,” but some of us find ourselves reeling in the face of choice. To affirm a preference for rap over classical music, for instance, implicates the well-meaning millennial in a web of judgments far beyond his control. For the millennial generation, as a result, confident expressions of taste have become more challenging, as aesthetic preference is subjected to relentless scrutiny.

Philosophers and social theorists have long weighed in on this issue of taste. Pierre Bourdieu claimed that an “encounter with a work of art is not ‘love at first sight’ as is generally supposed.” Rather, he thought “tastes” function as “markers of ‘class.’ ” Theodor Adorno and Max Horkheimer argued that aesthetic preference could be traced along socioeconomic lines and reinforce class divisions. To dislike cauliflower is one thing. But elevating the work of one writer or artist over another has become contested territory.

Some businesses open their doors to the children of employees, enabling kids to get a taste of cubicle life. Some businesses even let their employees bring pets into the office. Now, a growing number of companies is urging prospective recruits to bring their parents to job interviews and corporate events.

(A few words of advice if you’re a millennial looking for a job — by all means bring mom and dad to the interview, but leave the boozy uncle and the grandmother who speaks her mind back at home).

Paul From was used to meeting the spouses and children of employees at company events. As chief executive of Central Wire Industries, a manufacturing firm based in Perth, Ontario, he has long held regular baseball games to get to know his employees better.

But in the past five years, he has noticed his 20- and 30-something employees have started bringing new guests to company socials: Mom and Dad.

Millennials—people born between 1981 and the early 2000s—are much closer to their parents than previous generations, and they have gained a reputation for being coddled by so-called helicopter parents, say researchers who study Millennials. But when they started joining the workforce in the early 2000s, managers balked at parents getting involved in their kids’ workplace struggles or job searches.

That was then. Now, some firms have begun embracing parental involvement and using it to attract and hold onto talent and boost employee morale.

One of them is Northwestern Mutual. Michael Van Grinsven, field-growth and development director at the Milwaukee-based financial firm, says the company does everything it can to accommodate the parents of college-aged interns, including regularly inviting them to the office for open houses.

“It’s become best practice,” Mr. Van Grinsven says, noting that parents can influence their children’s career decisions. Some Northwestern Mutual managers call or send notes to parents when interns achieve their sales goals and let parents come along to interviews and hear details of job offers. They may even visit parents at home.

Mr. Van Grinsven says the efforts have paid off: The number of interns meeting the company’s benchmark for success in sales has risen more than 40% since 2007, a productivity improvement that he attributes in part to more parental support.

In May, Google Inc. held its second annual “Take Your Parents to Work Day,” hosting more than 2,000 parents at its Mountain View, Calif., headquarters. Participation numbers showed that the event was valuable to employees, the company says.

It may be on the rise, but parental involvement in the U.S. doesn’t begin to match countries in Asia and South America, according to a 2013 study from the global accountancy firm PricewaterhouseCoopers LLP.

Nate Kruse, a financial representative and college unit director at Northwestern Mutual, says that including his parents in the hiring process made them more supportive of his career choice. His mother, Deb Kruse from Hildreth, Neb., says she met her son Nate’s intern coordinator at Northwestern Mutual when he stopped by her house to introduce himself in 2008.

Since then, she has attended several company events, including the company’s annual meeting for employees and their families. Once she attended an intern open house to answer questions from other parents.

“My parents were unsure at first,” Mr. Kruse says. “But seeing the office firsthand allowed them to be that much more confident with the company.”