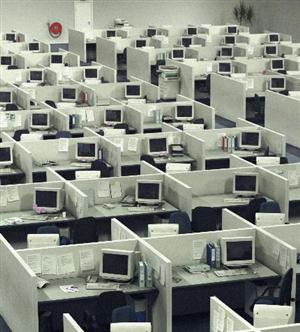 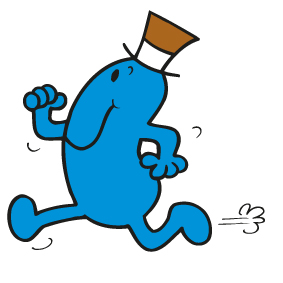 Competing with the co-worker who is a frenzy of activity is stressful. You know the type. This person is constantly rushing from one assignment to the next, hosting multiple hallway conversations, leaving meetings to take a call, dropping a call to answer an email, multitasking on 3 devices.

After all, you have to keep up — the busy colleague must be important or must be working on a critical project, right? Yes, it’s entirely possible, and no it could just be mis-perception — busy work is very different to smart work. Regardless, keeping up with “Mr.Busy” creates anxiety, friction and resentment in the workplace.

Every office has (at least) one—the colleague who is always walking fast, finishing other people’s sentences and racing from meeting to meeting while fielding email, texts and voice mail on multiple devices. That person can appear very important.

They may not know it, but they’re usually causing secondhand stress.

Rushing blocks thoughtful communication and creates worries among colleagues that “maybe I should be doing that, too, or maybe my stuff isn’t as important as his, or maybe he’ll be irritable if I interrupt,” says Jordan Friedman, a New York City stress-management speaker and trainer.

Ray Hollinger was known for years among colleagues in a previous job as a sales-training executive as “Mr. Busy,” he says. In his quest to be a top performer, he says, he often thought, “If all this stuff just keeps coming at me, I will take it on. I will take it all on,” says Mr. Hollinger, founder of More Time More Sales, a Phoenixville, Pa., training firm.

He says he wasn’t aware that his constant motion sometimes made others feel uncomfortable—until a co-worker pointed it out. She told him that when she tried to talk with him, ” ‘your volume goes up, your pace of speaking goes up, and you’re not fully in the conversation,’ ” he says.

Working a few years ago with Rosemary Tator, a Waltham, Mass., leadership-development coach, Mr. Hollinger stopped piling on projects and started blocking out on his calendar the time he needed to achieve realistic goals—including time for interruptions. He also now stops himself when he talks too fast, by “taking a couple of breaths, and lowering my volume and my pace,” he says.

Ms. Tator invites rushers to visualize themselves on video. “What would you think of that person who ran into every meeting late, spent half the time on their cellphone with their email, and had to ask, ‘Could you please repeat that?’ because they weren’t listening?” says Ms. Tator, principal partner in 2beffective, a coaching and consulting firm.

Seeing colleagues—especially managers—operate at a frenzied, frantic pace can make the behavior contagious, says Robert S. Rubin, an associate professor of management at DePaul University, Chicago. He advises managers to hold “inoculation discussions, to inoculate the employee from catching the feeling” that rushing around is necessary to being seen as a good performer.

Open-plan offices help spread the contagion. When the boss has a view of the entire office, “no one wants to be seen as the slowest moving object in the solar system. You have to keep up with the Joneses—literally,” says Ben Jacobson, co-founder of Conifer Research, Chicago, which conducts behavioral and cultural research for companies.

Architects have begun blurring human figures in drawings of new-office projects, to appeal to clients who aspire to active, high-energy workplaces, says Jorge Barrero, a technical designer in Chicago for Gensler, an architecture, planning and design firm. The image is one clients “can connect with on an emotional level,” Mr. Barrero says.

Tom Krizmanic, a principal with Studios Architecture in New York, says about a quarter of the 218 designs he helped judge in a recent office-design competition, co-sponsored by Business Interiors by Staples, showed humans as blurred figures in motion. The trend began about three years ago, he says.

Some people go into overdrive after getting promoted or taking a challenging new job. Surrounded by senior managers, “they’re not the smartest person in the room any more,” says William Arruda of New York City, a personal-branding consultant. Instead of prioritizing their lengthening to-do lists, “they go into hair-on-fire mode, telling themselves, ‘I’m a machine. I get so much done. There’s nothing you can give me that will break me.’ “

“The productivity of entire teams can go down,” Mr. Arruda says. “If you have one person rushing into meetings at the last minute and tapping a pencil through the entire session, it changes the cadence for the entire group.”

To jolt rushers into awareness, he has them ask for written feedback from 10 to 20 colleagues. The form includes such seemingly frivolous questions as, “If I were a household appliance, which one would I be?” Chronic rushers are shocked when co-workers liken them to “a blender whirring around at 9 million miles an hour,” he says.

Social scientists have had Generation-Y, also known as “millenials”, under their microscopes for a while. Born between 1982 and 1999, Gen-Y is now coming of age and becoming a force in the workplace displacing aging “boomers” as they retire to the hills. So, researchers are now looking at how Gen-Y is faring inside corporate America. Remember, Gen-Y is the “it’s all about me generation”; members are characterized as typically lazy and spoiled, have a grandiose sense of entitlement, inflated self-esteem and deep emotional fragility. Their predecessors, the baby boomers, on the other hand are often seen as over-bearing, work-obsessed, competitive and narrow-minded. A clash of cultures is taking shape in office cubes across the country as these groups, with such differing personalities and philosophies, tussle within the workplace. However, it may not be all bad, as columnist Emily Matchar, argues below — corporate America needs the kind of shake-up that Gen-Y promises.

Have you heard the one about the kid who got his mom to call his boss and ask for a raise? Or about the college student who quit her summer internship because it forbade Facebook in the office?

Yep, we’re talking about Generation Y — loosely defined as those born between 1982 and 1999 — also known as millennials. Perhaps you know them by their other media-generated nicknames: teacup kids,for their supposed emotional fragility; boomerang kids, who always wind up back home; trophy kids — everyone’s a winner!; the Peter Pan generation, who’ll never grow up.

Now this pampered, over-praised, relentlessly self-confident generation (at age 30, I consider myself a sort of older sister to them) is flooding the workplace. They’ll make up 75 percent of the American workforce by 2025 — and they’re trying to change everything.

These are the kids, after all, who text their dads from meetings. They think “business casual” includes skinny jeans. And they expect the company president to listen to their “brilliant idea.”

When will they adapt?

All this hard work is done for less and less reward. Wages have been stagnant for years, benefits shorn, opportunities for advancement blocked. While the richest Americans get richer, middle-class workers are left to do more with less. Because jobs are scarce and we’re used to a hierarchical workforce, we accept things the way they are. Worse, we’ve taken our overwork as a badge of pride. Who hasn’t flushed with a touch of self-importance when turning down social plans because we’re “too busy with work”?

Into this sorry situation strolls the self-esteem generation, printer-fresh diplomas in hand. And they’re not interested in business as usual.

The current corporate culture simply doesn’t make sense to much of middle-class Gen Y. Since the cradle, these privileged kids have been offered autonomy, control and choices (“Green pants or blue pants today, sweetie?”). They’ve been encouraged to show their creativity and to take their extracurricular interests seriously. Raised by parents who wanted to be friends with their kids, they’re used to seeing their elders as peers rather than authority figures. When they want something, they’re not afraid to say so.