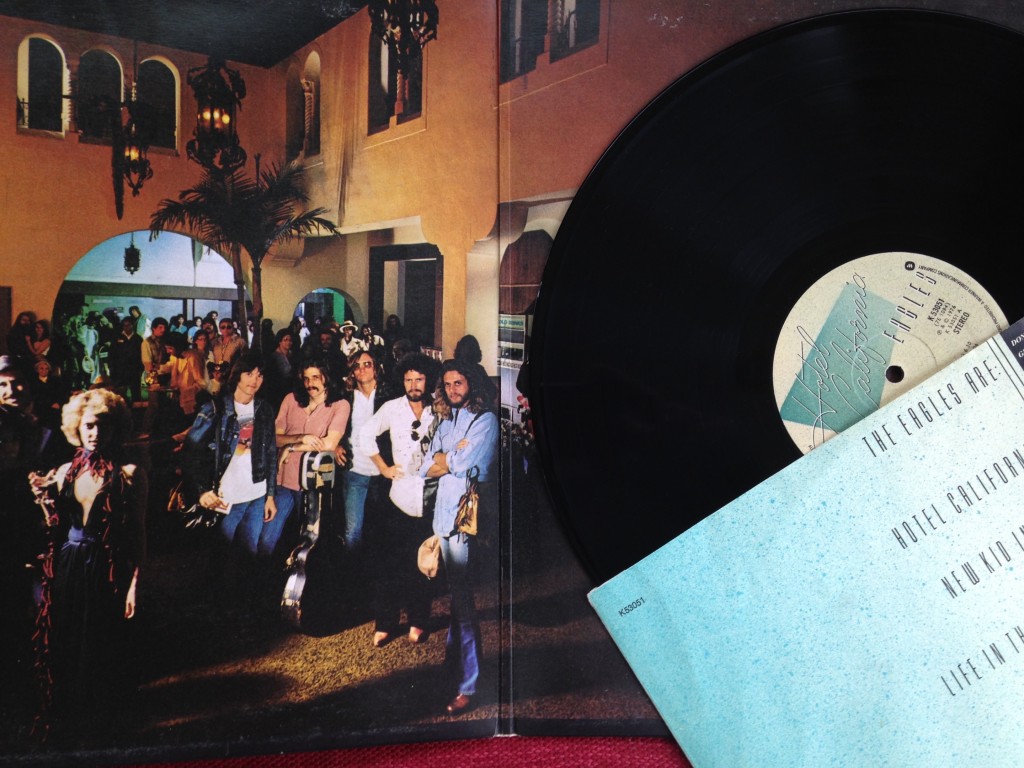 When I first moved to college and a tiny dorm room (in the UK they’re called halls of residence), my first purchase was a Garrard turntable and a pair of Denon stereo speakers. Books would come later. First, I had to build a new shrine to my burgeoning vinyl collection, which thrives even today.

So, after what seems like a hundred years since those heady days and countless music technology revolutions, it comes as quite a surprise — but perhaps not — to see vinyl on a resurgent path. The disruptors tried to kill LPs, 45s and 12-inchers with 8-track (ha), compact cassette (yuk), minidisk (yawn), CD (cool), MP3 (meh), iPod (yay) and now streaming (hmm).

But like a kind, zombie uncle the music industry cannot completely bury vinyl for good. Why did vinyl capture the imagination and the ears of the audiophile so? Well, perhaps it comes from watching the slow turn of the LP on the cool silver platter. Or, it may be the anticipation from watching the needle spiral its way to the first track. Or the raw, crackling authenticity of the sound. For me it was the weekly pilgrimage to the dusty independent record store — sampling tracks on clunky headphones; soaking up the artistry of the album cover, the lyrics, the liner notes; discussing the pros and cons of the bands with friends. Our digital world has now mostly replaced this experience, but it cannot hope to replicate it. Long live vinyl.

On Thursday [July 2, 2015] , Nielsen Music released its 2015 US mid-year report, finding that overall music consumption had increased by 14 percent in the first half of the year. What’s driving that boom? Well, certainly a growth in streaming—on-demand streaming increased year-over-year by 92.4 percent, with more than 135 billion songs streamed, and overall sales of digital streaming increased by 23 percent.

But what may be more fascinating is the continued resurgence of the old licorice pizza—that is, vinyl LPs. Nielsen reports that vinyl LP sales are up 38 percent year-to-date. “Vinyl sales now comprise nearly 9 percent of physical album sales,” Nielsen stated.

Who’s leading the charge on all that vinyl? None other than the music industry’s favorite singer-songwriter Taylor Swift with her album 1989, which sold 33,500 LPs. Swift recently flexed her professional muscle when she wrote an open letter to Apple, criticizing the company for failing to pay artists during the free three-month trial of Apple Music. Apple quickly kowtowed to the pop star and reversed its position.

Following behind Swift on the vinyl chart is Sufjan Stevens’ Carrie & Lowell, The Arctic Monkeys’ AM (released in 2013), Alabama Shakes’ Sound & Color, and in fifth place, none other than Miles Davis’ Kind of Blue, which sold 23,200 copies in 2015.

When Nielsen reported in 2010 that 2.5 million vinyl records were sold in 2009, Ars noted that was more than any other year since the media-tracking business started keeping score in 1991. Fast forward five years and that number has more than doubled, as Nielsen counted 5.6 million vinyl records sold. The trend shows little sign of abating—last year, the US’ largest vinyl plant reported that it was adding 16 vinyl presses to its lineup of 30, and just this year Ars reported on a company called Qrates that lets artists solicit crowdfunding to do small-batch vinyl pressing. Camera aficionados will find themselves lamenting the demise of the film advance. Now that the world has moved on from film to digital you will no longer hear that distinctive mechanical sound as you wind on the film, and hope the teeth on the spool engage the plastic of the film.

Hardcore computer buffs will no doubt miss the beep-beep-hiss sound of the 56K modem — that now seemingly ancient box that once connected us to… well, who knows what it actually connected us to at that speed.

Our favorite arcane sounds, soon to become relegated to the audio graveyard: the telephone handset slam, the click and carriage return of the typewriter, the whir of reel-to-reel tape, the crackle of the diamond stylus as it first hits an empty groove on a 33.

More sounds you may (or may not) miss below.

The forward march of technology has a drum beat. These days, it’s custom text-message alerts, or your friend saying “OK, Glass” every five minutes like a tech-drunk parrot. And meanwhile, some of the most beloved sounds are falling out of the marching band.

The boops and beeps of bygone technology can be used to chart its evolution. From the zzzzzzap of the Tesla coil to the tap-tap-tap of Morse code being sent via telegraph, what were once the most important nerd sounds in the world are now just historical signposts. But progress marches forward, and for every irritatingly smug Angry Pigs grunt we have to listen to, we move further away from the sound of the Defender ship exploding.

Let’s celebrate the dying cries of technology’s past. The follow sounds are either gone forever, or definitely on their way out. Bow your heads in silence and bid them a fond farewell.

Ending a heated telephone conversation by slamming the receiver down in anger was so incredibly satisfying. There was no better way to punctuate your frustration with the person on the other end of the line. And when that receiver hit the phone, the clack of plastic against plastic was accompanied by a slight ringing of the phone’s internal bell. That’s how you knew you were really pissed — when you slammed the phone so hard, it rang.

There are other sounds we’ll miss from the phone. The busy signal died with the rise of voicemail (although my dad refuses to get voicemail or call waiting, so he’s still OG), and the rapid click-click-click of the dial on a rotary phone is gone. But none of those compare with hanging up the phone with a forceful slam.

Tapping a touchscreen just does not cut it. So the closest thing we have now is throwing the pitifully fragile smartphone against the wall.

The only TVs left that still use cathode-ray tubes are stashed in the most depressing places — the waiting rooms of hospitals, used car dealerships, and the dusty guest bedroom at your grandparents’ house. But before we all fell prey to the magical resolution of zeros and ones, boxy CRT televisions warmed (literally) the living rooms of every home in America. The sounds they made when you turned them on warmed our hearts, too — the gentle whoosh of the degaussing coil as the set was brought to life with the heavy tug of a pull-switch, or the satisfying mechanical clunk of a power button. As the tube warmed up, you’d see the visuals slowly brighten on the screen, giving you ample time to settle into the couch to enjoy latest episode of Seinfeld.