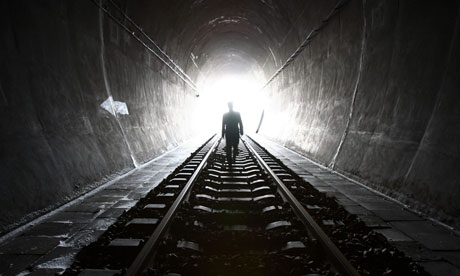 In spite of all the answers the internet has given us, its full potential to transform our lives remains the great unknown. Here are the nine key steps to understanding the most powerful tool of our age – and where it’s taking us.

A funny thing happened to us on the way to the future. The internet went from being something exotic to being boring utility, like mains electricity or running water – and we never really noticed. So we wound up being totally dependent on a system about which we are terminally incurious. You think I exaggerate about the dependence? Well, just ask Estonia, one of the most internet-dependent countries on the planet, which in 2007 was more or less shut down for two weeks by a sustained attack on its network infrastructure. Or imagine what it would be like if, one day, you suddenly found yourself unable to book flights, transfer funds from your bank account, check bus timetables, send email, search Google, call your family using Skype, buy music from Apple or books from Amazon, buy or sell stuff on eBay, watch clips on YouTube or BBC programmes on the iPlayer – or do the 1,001 other things that have become as natural as breathing.

The internet has quietly infiltrated our lives, and yet we seem to be remarkably unreflective about it. That’s not because we’re short of information about the network; on the contrary, we’re awash with the stuff. It’s just that we don’t know what it all means. We’re in the state once described by that great scholar of cyberspace, Manuel Castells, as “informed bewilderment”.

Mainstream media don’t exactly help here, because much – if not most – media coverage of the net is negative. It may be essential for our kids’ education, they concede, but it’s riddled with online predators, seeking children to “groom” for abuse. Google is supposedly “making us stupid” and shattering our concentration into the bargain. It’s also allegedly leading to an epidemic of plagiarism. File sharing is destroying music, online news is killing newspapers, and Amazon is killing bookshops. The network is making a mockery of legal injunctions and the web is full of lies, distortions and half-truths. Social networking fuels the growth of vindictive “flash mobs” which ambush innocent columnists such as Jan Moir. And so on.

All of which might lead a detached observer to ask: if the internet is such a disaster, how come 27% of the world’s population (or about 1.8 billion people) use it happily every day, while billions more are desperate to get access to it?

So how might we go about getting a more balanced view of the net ? What would you really need to know to understand the internet phenomenon? Having thought about it for a while, my conclusion is that all you need is a smallish number of big ideas, which, taken together, sharply reduce the bewilderment of which Castells writes so eloquently.

But how many ideas? In 1956, the psychologist George Miller published a famous paper in the journal Psychological Review. Its title was “The Magical Number Seven, Plus or Minus Two: Some Limits on our Capacity for Processing Information” and in it Miller set out to summarise some earlier experiments which attempted to measure the limits of people’s short-term memory. In each case he reported that the effective “channel capacity” lay between five and nine choices. Miller did not draw any firm conclusions from this, however, and contented himself by merely conjecturing that “the recurring sevens might represent something deep and profound or be just coincidence”. And that, he probably thought, was that.

But Miller had underestimated the appetite of popular culture for anything with the word “magical’ in the title. Instead of being known as a mere aggregator of research results, Miller found himself identified as a kind of sage — a discoverer of a profound truth about human nature. “My problem,” he wrote, “is that I have been persecuted by an integer. For seven years this number has followed me around, has intruded in my most private data, and has assaulted me from the pages of our most public journals… Either there really is something unusual about the number or else I am suffering from delusions of persecution.”