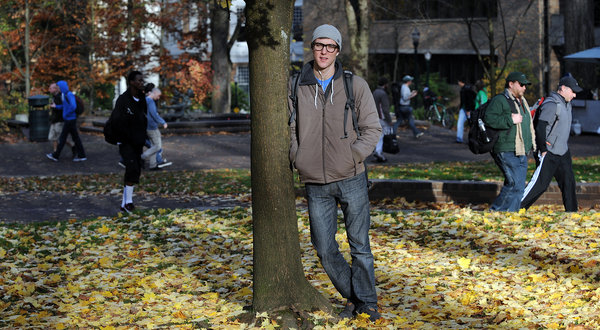 Perhaps it’s time to re-think your social network when through it you know all about the stranger with whom you are sharing the elevator.

Tyson Balcomb quit Facebook after a chance encounter on an elevator. He found himself standing next to a woman he had never met — yet through Facebook he knew what her older brother looked like, that she was from a tiny island off the coast of Washington and that she had recently visited the Space Needle in Seattle.

“I knew all these things about her, but I’d never even talked to her,” said Mr. Balcomb, a pre-med student in Oregon who had some real-life friends in common with the woman. “At that point I thought, maybe this is a little unhealthy.”

As Facebook prepares for a much-anticipated public offering, the company is eager to show off its momentum by building on its huge membership: more than 800 million active users around the world, Facebook says, and roughly 200 million in the United States, or two-thirds of the population.

But the company is running into a roadblock in this country. Some people, even on the younger end of the age spectrum, just refuse to participate, including people who have given it a try.

One of Facebook’s main selling points is that it builds closer ties among friends and colleagues. But some who steer clear of the site say it can have the opposite effect of making them feel more, not less, alienated.

“I wasn’t calling my friends anymore,” said Ashleigh Elser, 24, who is in graduate school in Charlottesville, Va. “I was just seeing their pictures and updates and felt like that was really connecting to them.”