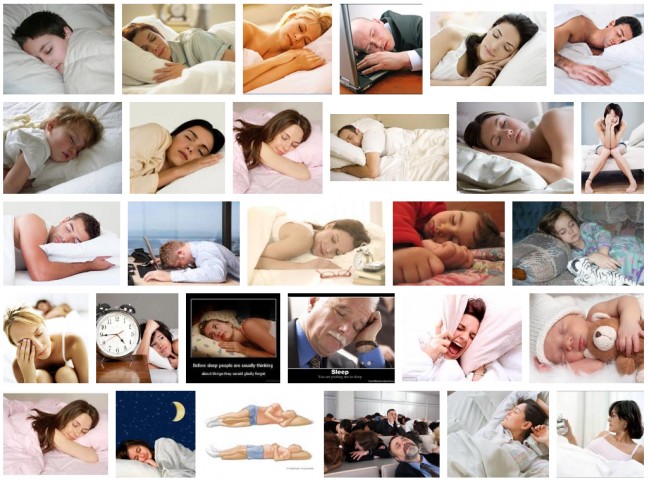 Chronobiologist, Till Roenneberg, debunks 5 commonly held beliefs about sleep. He is author of “Internal Time: Chronotypes, Social Jet Lag, and Why You’re So Tired.”

If shopping on Black Friday leaves you exhausted, or if your holiday guests keep you up until the wee hours, a long Thanksgiving weekend should offer an opportunity for some serious shut-eye. We spend between a quarter and a third of our lives asleep, but that doesn’t make us experts on how much is too much, how little is too little, or how many hours of rest the kids need to be sharp in school. Let’s tackle some popular myths about Mr. Sandman.

1.You need eight hours of sleep per night.

That’s the cliche. Napoleon, for one, didn’t believe it. His prescription went something like this: “Six hours for a man, seven for a woman and eight for a fool.”

But Napoleon’s formula wasn’t right, either. The ideal amount of sleep is different for everyone and depends on many factors, including age and genetic makeup.

In the past 10 years, my research team has surveyed sleep behavior in more than 150,000 people. About 11 percent slept six hours or less, while only 27 percent clocked eight hours or more. The majority fell in between. Women tended to sleep longer than men, but only by 14 minutes.

Bigger differences are seen when comparing various age groups. Ten-year-olds needed about nine hours of sleep, while adults older than 30, including senior citizens, averaged about seven hours. We recently identified the first gene associated with sleep duration — if you have one variant of this gene, you need more sleep than if you have another.

2. Early to bed and early to rise makes a man healthy, wealthy and wise.

Benjamin Franklin’s proverbial praise of early risers made sense in the second half of the 18th century, when his peers were exposed to much more daylight and to very dark nights. Their body clocks were tightly synchronized to this day-night cycle. This changed as work gradually moved indoors, performed under the far weaker intensity of artificial light during the day and, if desired, all night long.

The timing of sleep — earlier or later — is controlled by our internal clocks, which determine what researchers call our optimal “sleep window.” With the widespread use of electric light, our body clocks have shifted later while the workday has essentially remained the same. We fall asleep according to our (late) body clock, and are awakened early for work by the alarm clock. We therefore suffer from chronic sleep deprivation, and then we try to compensate by sleeping in on free days. Many of us sleep more than an hour longer on weekends than we do on workdays.