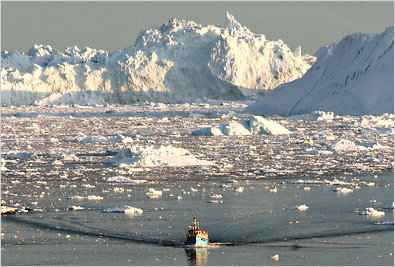 It’s no surprise that in our daily lives we seek information that reinforces our perceptions, opinions and beliefs of the world around us. It’s also the case that if we do not believe in a particular position, we will overlook any evidence in our immediate surroundings that runs contrary to our disbelief — climate change is no different.

We all know it’s hard to change someone’s mind. In an ideal, rational world, a person’s opinion about some topic would be based on several pieces of evidence. If you were to supply that person with several pieces of stronger evidence that point in another direction, you might expect them to accept the new information and agree with you.

However, this is not that world, and rarely do we find ourselves in a debate with Star Trek’s Spock. There are a great many reasons that we behave differently. One is the way we rate incoming information for trustworthiness and importance. Once we form an opinion, we rate information that confirms our opinion more highly than information that challenges it. This is one form of “motivated reasoning.” We like to think we’re right, and so we are motivated to come to the conclusion that the facts are still on our side.

Publicly contentious issues often put a spotlight on these processes—issues like climate change, example. In a recent paper published in Nature Climate Change, researchers from George Mason and Yale explore how motivated reasoning influences whether people believe they have personally experienced the effects of climate change.

When it comes to communicating the science of global warming, a common strategy is to focus on the concrete here-and-now rather than the abstract and distant future. The former is easier for people to relate to and connect with. Glazed eyes are the standard response to complicated graphs of projected sea level rise, with ranges of uncertainty and several scenarios of future emissions. Show somebody that their favorite ice fishing spot is iced over for several fewer weeks each winter than it was in the late 1800s, though, and you might have their attention.

Public polls show that acceptance of a warming climate correlates with agreement that one has personally experienced its effects. That could be affirmation that personal experience is a powerful force for the acceptance of climate science. Obviously, there’s another possibility—that those who accept that the climate is warming are more likely to believe they’ve experienced the effects themselves, whereas those who deny that warming is taking place are unlikely to see evidence of it in daily life. That’s, at least partly, motivated reasoning at work. (And of course, this cuts both ways. Individuals who agree that the Earth is warming may erroneously interpret unrelated events as evidence of that fact.)

The survey used for this study was unique in that the same people were polled twice, two and a half years apart, to see how their views changed over time. For the group as a whole, there was evidence for both possibilities—experience affected acceptance, and acceptance predicted statements about experience.

Fortunately, the details were a bit more interesting than that. When you categorize individuals by engagement—essentially how confident and knowledgeable they feel about the facts of the issue—differences are revealed. For the highly-engaged groups (on both sides), opinions about whether climate is warming appeared to drive reports of personal experience. That is, motivated reasoning was prevalent. On the other hand, experience really did change opinions for the less-engaged group, and motivated reasoning took a back seat.