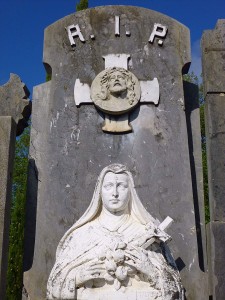 The UK’s Daily Telegraph newspaper just published this article, so it must be true. After all, the broadsheet has been a stalwart of conservative British journalism since, well, the dawn of time, some 6,000 year ago.

Apparently our universe will end in a so-called Big Rip, and not in a Big Freeze. Nor will it end in a Big Crunch, which is like the Big Bang in reverse. The Big Rip seems to be a rather calm and quiet version of the impending cosmological apocalypse. So, I’m all for it. I can’t wait… 22 billion years and counting.

From the Daily Telegraph:

A group of scientists claim to have evidence supporting the Big Rip theory, explaining how the universe will end – in 22 billion years.

Researchers at Vanderbilt University in Nashville, Tennessee, have discovered a new mathematical formulation that supports the Big Rip theory – that as the universe expands, it will eventually be ripped apart.

“The idea of the Big Rip is that eventually even the constituents of matter would start separating from each other. You’d be seeing all the atoms being ripped apart … it’s fair to say that it’s a dramatic scenario,” Dr Marcelo Disconzi told the Guardian.

Scientists observed distant supernovae to examine whether the Big Rip theory, which was first suggested in 2003, was possible.

The theory relies on the assumption that the universe continues to expand faster and faster, eventually causing the Big Rip.

“Mathematically we know what this means. But what it actually means in physical terms is hard to fathom,” said Dr Disconzi.

Conflicting theories for how the universe will end include the Big Crunch, whereby the Big Bang reverses and everything contracts, and the Big Freeze, where as the universe slowly expands it eventually becomes too cold to sustain life.

Previous questions raised over the Big Rip theory include explaining how sticky fluids – that have high levels of viscosity – can travel faster than the speed of light, defying the laws of physics.

However, the Vanderbilt team combined a series of equations, including some dating back to 1955, to show that viscosity may not be a barrier to a rapidly expanding universe.

“My result by no means settles the question of what the correct formulation of relativistic viscous fluids is. What it shows is that, under some assumptions, the equations put forward by Lichnerowicz have solutions and the solutions do not predict faster-than-light signals. But we still don’t know if these results remain valid under the most general situations relevant to physics,” Dr Disconzi told the New Statesman.