Many of us would probably jump at the chance to secure a life-long position as a tenured professor at a prestigious college. Few disadvantages and lots of benefits: great salary, job for life, long vacations, post-docs to do all your hard work, teaching assistants to do all your easy work. But, most of us don’t have the academic chops to reach the rarefied atmosphere of our great institutions of learning.

So, here’s the next best thing. Visit universitytitlegenerator.com and award yourself a lesser title. While most of these algorithmically designed titles are randomly generated and confusingly obtuse, you just have to believe that they really do exist, and that the positions pay rather well. 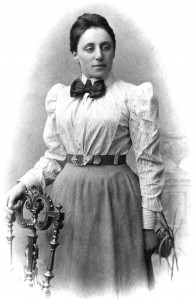 Strangely we don’t normally associate the hushed halls and ivory towers of academia with lies and frauds. We are more inclined to see con artists on street corners hawking dodgy wares or doing much the same from corner offices on Wall Street, for much princelier sums, of course, and with much more catastrophic consequences.

Humans being humans, cheating does go on in academic circles as well. We know that some students cheat — they plagiarize and fabricate work, they have others write their papers. More notably, some academics do this as well, but on a grander scale. And, while much cheating is probably minor and inconsequential, some fraud is intricate and grandiose, spanning many years of work, affecting subsequent work, diverting grants and research funds, altering policy and widely held public opinion. Meet one of its principal actors — Diederik Stapel, social psychologist and academic con artist.

One summer night in 2011, a tall, 40-something professor named Diederik Stapel stepped out of his elegant brick house in the Dutch city of Tilburg to visit a friend around the corner. It was close to midnight, but his colleague Marcel Zeelenberg had called and texted Stapel that evening to say that he wanted to see him about an urgent matter. The two had known each other since the early ’90s, when they were Ph.D. students at the University of Amsterdam; now both were psychologists at Tilburg University. In 2010, Stapel became dean of the university’s School of Social and Behavioral Sciences and Zeelenberg head of the social psychology department. Stapel and his wife, Marcelle, had supported Zeelenberg through a difficult divorce a few years earlier. As he approached Zeelenberg’s door, Stapel wondered if his colleague was having problems with his new girlfriend.

Zeelenberg, a stocky man with a shaved head, led Stapel into his living room. “What’s up?” Stapel asked, settling onto a couch. Two graduate students had made an accusation, Zeelenberg explained. His eyes began to fill with tears. “They suspect you have been committing research fraud.”

Stapel was an academic star in the Netherlands and abroad, the author of several well-regarded studies on human attitudes and behavior. That spring, he published a widely publicized study in Science about an experiment done at the Utrecht train station showing that a trash-filled environment tended to bring out racist tendencies in individuals. And just days earlier, he received more media attention for a study indicating that eating meat made people selfish and less social.

His enemies were targeting him because of changes he initiated as dean, Stapel replied, quoting a Dutch proverb about high trees catching a lot of wind. When Zeelenberg challenged him with specifics — to explain why certain facts and figures he reported in different studies appeared to be identical — Stapel promised to be more careful in the future. As Zeelenberg pressed him, Stapel grew increasingly agitated.

Finally, Zeelenberg said: “I have to ask you if you’re faking data.”

“No, that’s ridiculous,” Stapel replied. “Of course not.”

That weekend, Zeelenberg relayed the allegations to the university rector, a law professor named Philip Eijlander, who often played tennis with Stapel. After a brief meeting on Sunday, Eijlander invited Stapel to come by his house on Tuesday morning. Sitting in Eijlander’s living room, Stapel mounted what Eijlander described to me as a spirited defense, highlighting his work as dean and characterizing his research methods as unusual. The conversation lasted about five hours. Then Eijlander politely escorted Stapel to the door but made it plain that he was not convinced of Stapel’s innocence.

That same day, Stapel drove to the University of Groningen, nearly three hours away, where he was a professor from 2000 to 2006. The campus there was one of the places where he claimed to have collected experimental data for several of his studies; to defend himself, he would need details from the place. But when he arrived that afternoon, the school looked very different from the way he remembered it being five years earlier. Stapel started to despair when he realized that he didn’t know what buildings had been around at the time of his study. Then he saw a structure that he recognized, a computer center. “That’s where it happened,” he said to himself; that’s where he did his experiments with undergraduate volunteers. “This is going to work.”

On his return trip to Tilburg, Stapel stopped at the train station in Utrecht. This was the site of his study linking racism to environmental untidiness, supposedly conducted during a strike by sanitation workers. In the experiment described in the Science paper, white volunteers were invited to fill out a questionnaire in a seat among a row of six chairs; the row was empty except for the first chair, which was taken by a black occupant or a white one. Stapel and his co-author claimed that white volunteers tended to sit farther away from the black person when the surrounding area was strewn with garbage. Now, looking around during rush hour, as people streamed on and off the platforms, Stapel could not find a location that matched the conditions described in his experiment.

“No, Diederik, this is ridiculous,” he told himself at last. “You really need to give it up.”

After he got home that night, he confessed to his wife. A week later, the university suspended him from his job and held a news conference to announce his fraud. It became the lead story in the Netherlands and would dominate headlines for months. Overnight, Stapel went from being a respected professor to perhaps the biggest con man in academic science.