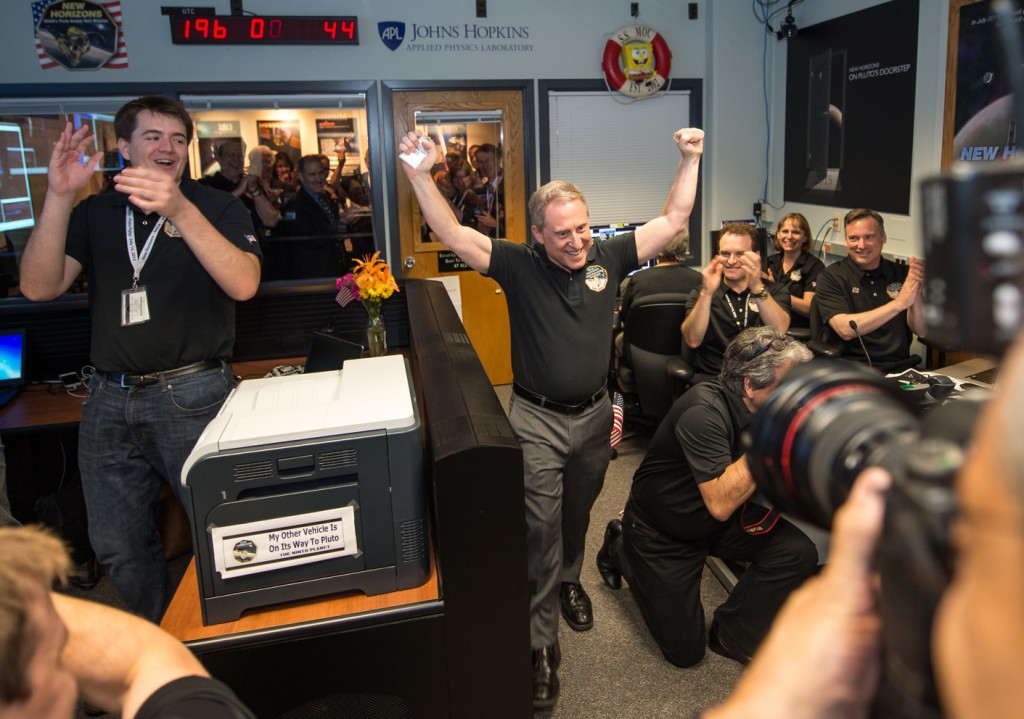 Alliterations aside this is a great story of how passion, persistence and persuasiveness can make a real impact. This is especially significant when you look at the triumphant climax to NASA’s unlikely New Horizons mission to Pluto. Over 20 years in the making and fraught with budget cuts and political infighting — NASA is known for its bureaucracy — the mission reached its zenith last week. While thanks go to the many hundreds engineers and scientists involved from its inception, the mission would not have succeeded without the vision and determination of one person — Alan Stern.

In a music track called “Over the Sea” by the 1980s (and 90s) band Information Society there is a sample of Star Trek’s Captain Kirk saying,

“In every revolution there is one man with a vision.”