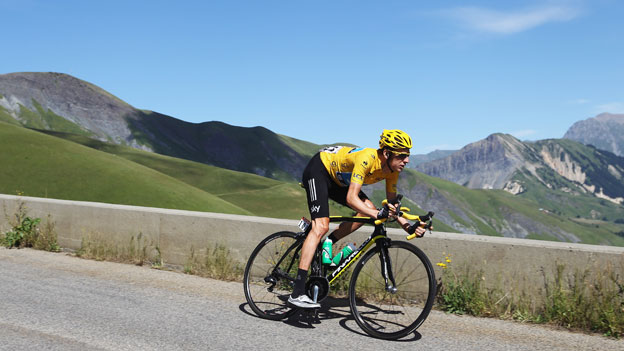 If you ride a bike (as in, bicycle) you will find that you probably belong to a specific tribe of bicyclist — and you’re being observed by bicyclist watchers! Read on to find out if you’re a Roadie or a Beach Cruiser or if you belong to one of the other tribes. Of course, some are quite simply in an exclusive “mayo jaune” tribe of their own.

Bird watching is a fine hobby for those with the time and inclination to traipse into nature, but the thrill of spotting different species of bicyclists can be just as rewarding. Why travel to Argentina to find a black-breasted plovercrest when one can spy a similarly plumed “Commuter” at the neighborhood Starbucks? No need to squint into binoculars or get up at the crack of dawn, either—bicyclists are out and about at all hours.

Bicyclist-watching has become much more interesting in recent years as the number of two-wheeled riders has grown. High gas prices, better bicycles, concern about the environment, looking cool—they’re all contributing factors. And with proliferation has come specialization. People don’t just “ride” bikes anymore: They commute or race or cruise, with each activity spawning corresponding gear and attitudes. Those in the field categorize cyclists into groups known as “bike tribes.” Instead of ducks, hawks and water fowl, bicyclologists might speak of Roadies, Cyclocrossers and Beach Cruisers.

To identify a bike tribe, note distinguishing marks, patterns and habits. Start with the dominant color and materials of a cyclist’s clothing. For example, garish jerseys and Lycra shorts indicate a Roadie, while padded gloves, mud-spattered jackets and black cleats are the territory of Cyclocrossers. Migration patterns are revealing. Observe the speed of travel and the treatment of other cyclists. Does the cyclist insist on riding amid cars even when wide bicycle paths are available? Probably a Roadie. Is the cyclist out in the pouring rain? Sounds like a Commuter. The presence of juveniles is telling, too; only a few tribes travel with offspring.

No bike tribe is more common in the United States than the Roadie. Their mien is sportiness and “performance” their goal. Roadies love passing other bike riders; they get annoyed when they have to dodge pedestrians walking with dogs or small children; they often ride in the middle of the road. They tend to travel in packs and spend time in small bicycle shops.

Commuters view a bicycle first and foremost as a means of transportation. They don’t ride without a destination. It’s easy to confuse Commuters with other tribes because others will sometimes use their bicycles to get to work. Even more challenging, Commuters come in all shapes and sizes and ride all different types of bicycles. But there are some distinguishing behaviors. Commuters almost always travel alone. They tend to wear drabber clothing than other tribes. Some adopt a smug, I’m-saving-the-world attitude, which is apparent in the way they glare at motorists. Commuters are most visible during rush hour.