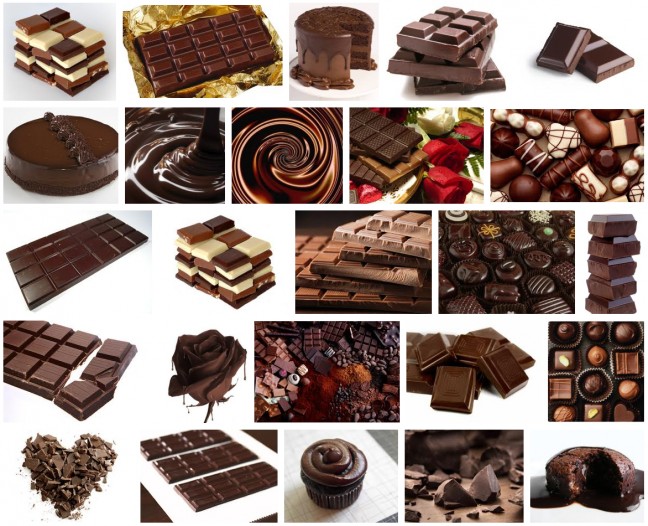 Hot on the heels of the recent research finding that the Mediterranean diet improves heart health, come news that choc-a-holics the world over have been anxiously awaiting — chocolate improves brain function.

Researchers have found that chocolate rich in compounds known as flavanols can improve cognitive function. Now, before you rush out the door to visit the local grocery store to purchase a mountain of Mars bars (perhaps not coincidentally, Mars, Inc., partly funded the research study), Godiva pralines, Cadbury flakes or a slab of Dove, take note that all chocolate is not created equally. Flavanols tend to be found in highest concentrations in raw cocoa. In fact, during the process of making most chocolate, including the dark kind, most flavanols tend to be removed or destroyed. Perhaps the silver lining here is that to replicate the dose of flavanols found to have a positive effect on brain function, you would have to eat around 20 bars of chocolate per day for several months. This may be good news for your brain, but not your waistline!

It’s news chocolate lovers have been craving: raw cocoa may be packed with brain-boosting compounds. Researchers at the University of L’Aquila in Italy, with scientists from Mars, Inc., and their colleagues published findings last September that suggest cognitive function in the elderly is improved by ingesting high levels of natural compounds found in cocoa called flavanols. The study included 90 individuals with mild cognitive impairment, a precursor to Alzheimer’s disease. Subjects who drank a cocoa beverage containing either moderate or high levels of flavanols daily for eight weeks demonstrated greater cognitive function than those who consumed low levels of flavanols on three separate tests that measured factors that included verbal fluency, visual searching and attention.

Exactly how cocoa causes these changes is still unknown, but emerging research points to one flavanol in particular: (-)-epicatechin, pronounced “minus epicatechin.” Its name signifies its structure, differentiating it from other catechins, organic compounds highly abundant in cocoa and present in apples, wine and tea. The graph below shows how (-)-epicatechin fits into the world of brain-altering food molecules. Other studies suggest that the compound supports increased circulation and the growth of blood vessels, which could explain improvements in cognition, because better blood flow would bring the brain more oxygen and improve its function.

Animal research has already demonstrated how pure (-)-epicatechin enhances memory. Findings published last October in the Journal of Experimental Biology note that snails can remember a trained task—such as holding their breath in deoxygenated water—for more than a day when given (-)-epicatechin but for less than three hours without the flavanol. Salk Institute neuroscientist Fred Gage and his colleagues found previously that (-)-epicatechin improves spatial memory and increases vasculature in mice. “It’s amazing that a single dietary change could have such profound effects on behavior,” Gage says. If further research confirms the compound’s cognitive effects, flavanol supplements—or raw cocoa beans—could be just what the doctor ordered.

So, Can We Binge on Chocolate Now?

Nope, sorry. A food’s origin, processing, storage and preparation can each alter its chemical composition. As a result, it is nearly impossible to predict which flavanols—and how many—remain in your bonbon or cup of tea. Tragically for chocoholics, most methods of processing cocoa remove many of the flavanols found in the raw plant. Even dark chocolate, touted as the “healthy” option, can be treated such that the cocoa darkens while flavanols are stripped.

Researchers are only beginning to establish standards for measuring flavanol content in chocolate. A typical one and a half ounce chocolate bar might contain about 50 milligrams of flavanols, which means you would need to consume 10 to 20 bars daily to approach the flavanol levels used in the University of L’Aquila study. At that point, the sugars and fats in these sweet confections would probably outweigh any possible brain benefits. Mars Botanical nutritionist and toxicologist Catherine Kwik-Uribe, an author on the University of L’Aquila study, says, “There’s now even more reasons to enjoy tea, apples and chocolate. But diversity and variety in your diet remain key.”