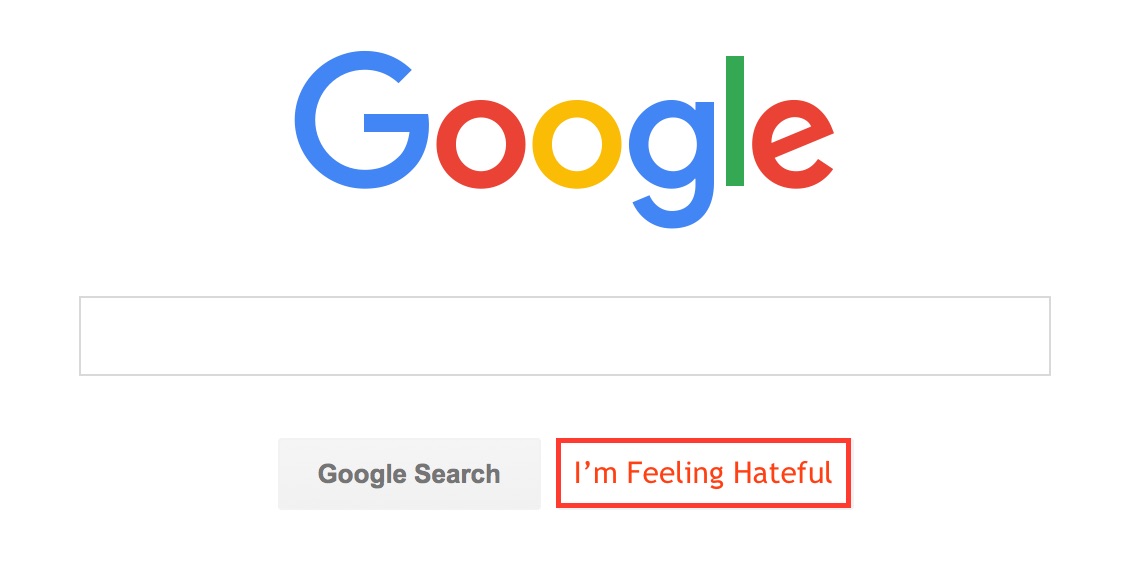 It had never occurred to me, but it makes perfect sense: there’s a direct correlation between Muslim hates crimes and Muslim hate searches on Google. For that matter, there is probably a correlation between other types of hate speech and hate crimes — women, gays, lesbians, bosses, blacks, whites, bad drivers, religion X. But it is certainly the case that Muslims and the Islamic religion are taking the current brunt both online and in the real world.

Clearly, we have a long way to go in learning that entire populations are not to blame for the criminal acts of a few. However, back to the correlations.

Mining of Google search data shows indisputable relationships. As the researchers point out, “When Islamophobic searches are at their highest levels, such as during the controversy over the ‘ground zero mosque’ in 2010 or around the anniversary of 9/11, hate crimes tend to be at their highest levels, too.” Interestingly enough there are currently just over 50 daily searches for “I hate my boss” in the US. In November there were 120 searches per day for “I hate Muslims”.

So, here’s an idea. Let’s get Google to replace the “I’m Feeling Lucky” button on the search page (who uses that anyway) with “I’m Feeling Hateful”. This would make the search more productive for those needing to vent their hatred.

HOURS after the massacre in San Bernardino, Calif., on Dec. 2, and minutes after the media first reported that at least one of the shooters had a Muslim-sounding name, a disturbing number of Californians had decided what they wanted to do with Muslims: kill them.

The top Google search in California with the word “Muslims” in it was “kill Muslims.” And the rest of America searched for the phrase “kill Muslims” with about the same frequency that they searched for “martini recipe,” “migraine symptoms” and “Cowboys roster.”

People often have vicious thoughts. Sometimes they share them on Google. Do these thoughts matter?

Yes. Using weekly data from 2004 to 2013, we found a direct correlation between anti-Muslim searches and anti-Muslim hate crimes.

We measured Islamophobic sentiment by using common Google searches that imply hateful attitudes toward Muslims. A search for “are all Muslims terrorists?” for example leaves little to the imagination about what the searcher really thinks. Searches for “I hate Muslims” are even clearer.

In 2014, according to the F.B.I., anti-Muslim hate crimes represented 16.3 percent of the total of 1,092 reported offenses. Anti-Semitism still led the way as a motive for hate crimes, at 58.2 percent.

Hate crimes may seem chaotic and unpredictable, a consequence of random neurons that happen to fire in the brains of a few angry young men. But we can explain some of the rise and fall of anti-Muslim hate crimes just based on what people are Googling about Muslims.

The frightening thing is this: If our model is right, Islamophobia and thus anti-Muslim hate crimes are currently higher than at any time since the immediate aftermath of the Sept. 11 attacks. Although it will take awhile for the F.B.I. to collect and analyze the data before we know whether anti-Muslim hate crimes are in fact rising spectacularly now, Islamophobic searches in the United States were 10 times higher the week after the Paris attacks than the week before. They have been elevated since then and rose again after the San Bernardino attack.

According to our model, when all the data is analyzed by the F.B.I., there will have been more than 200 anti-Muslim attacks in 2015, making it the worst year since 2001.

How can these Google searches track Islamophobia so well? Who searches for “I hate Muslims” anyway?

We often think of Google as a source from which we seek information directly, on topics like the weather, who won last night’s game or how to make apple pie. But sometimes we type our uncensored thoughts into Google, without much hope that Google will be able to help us. The search window can serve as a kind of confessional.

There are thousands of searches every year, for example, for “I hate my boss,” “people are annoying” and “I am drunk.” Google searches expressing moods, rather than looking for information, represent a tiny sample of everyone who is actually thinking those thoughts.

There are about 1,600 searches for “I hate my boss” every month in the United States. In a survey of American workers, half of the respondents said that they had left a job because they hated their boss; there are about 150 million workers in America.

In November, there were about 3,600 searches in the United States for “I hate Muslims” and about 2,400 for “kill Muslims.” We suspect these Islamophobic searches represent a similarly tiny fraction of those who had the same thoughts but didn’t drop them into Google.

“If someone is willing to say ‘I hate them’ or ‘they disgust me,’ we know that those emotions are as good a predictor of behavior as actual intent,” said Susan Fiske, a social psychologist at Princeton, pointing to 50 years of psychology research on anti-black bias. “If people are making expressive searches about Muslims, it’s likely to be tied to anti-Muslim hate crime.”

Google searches seem to suffer from selection bias: Instead of asking a random sample of Americans how they feel, you just get information from those who are motivated to search. But this restriction may actually help search data predict hate crimes.

Apparently it is surprisingly easy to convince people to remember a crime, or other action, that they never committed. Makes one wonder how many of the around 2 million people in US prisons are incarcerated due to these false memories in both inmates and witnesses.

The idea that memories are not as reliable as we think they are is disconcerting, but it’s pretty well-established. Various studies have shown that participants can be persuaded to create false childhood memories—of being lost in a shopping mall or hospitalized, or even highly implausible scenarios like having tea with Prince Charles.

A recent paper in Psychological Science found that 71 percent of participants exposed to certain interview techniques developed false memories of having committed a crime as a teenager. In reality, none of these people had experienced contact with the police during the age bracket in question.

The 60 eligible participants were divided into two groups: one that would be given false memories of committing an assault, theft, or assault with a weapon, and another that would be provided with false memories of another emotional event—an injury, an attack by a dog, or the loss of a large sum of money. In the first of three interviews with each participant, the interviewer presented the true memory that had been provided by the caregiver. Once the interviewer’s credibility and knowledge of the participant’s background had been established, the false memory was presented.

For both kinds of memory, the interviewer gave the participant “cues”, such as their age at the time, people who had been involved, and the time of year. Participants were then asked to recall the details of what had happened. No participants recalled the false event the first time it was mentioned—which would have rung alarm bells—but were reassured that people could often uncover memories like these through effort.

A number of tactics were used to induce the false memory. Social pressure was applied to encourage recall of details, the interviewer attempted to build a rapport with the participants, and the participants were told that their caregivers had corroborated the facts. They were also encouraged to use visualization techniques to “uncover” the memory.

In each of the three interviews, participants were asked to provide as many details as they could for both events. After the final interview, they were informed that the second memory was false, and asked whether they had really believed the events had occurred. They were also asked to rate how surprised they were to find out that it was false. Only participants who answered that they had genuinely believed the false memory, and who could give more than ten details of the event, were classified as having a true false memory. Of the participants in the group with criminal false stories, 71 percent developed a “true” false memory. The group with non-criminal false stories was not significantly different, with 77 percent of participants classified as having a false memory. The details participants provided for their false memories did not differ significantly in either quality or quantity from their true memories.

This study is only a beginning, and there is still a great deal of work to be done. There are a number of factors that couldn’t be controlled for but which may have influenced the results. For instance, the researchers suggest that, since only one interviewer was involved, her individual characteristics may have influenced the results, raising the question of whether only certain kinds of interviewers can achieve these effects. It isn’t clear whether participants were fully honest about having believed in the false memory, since they could have just been trying to cooperate; the results could also have been affected by the fact that there were no negative consequences to telling the false story. 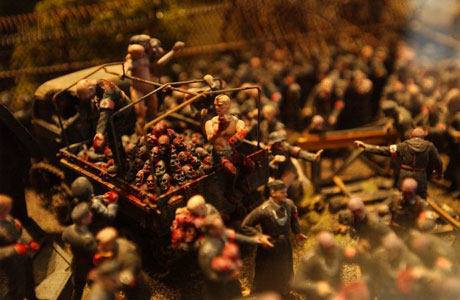