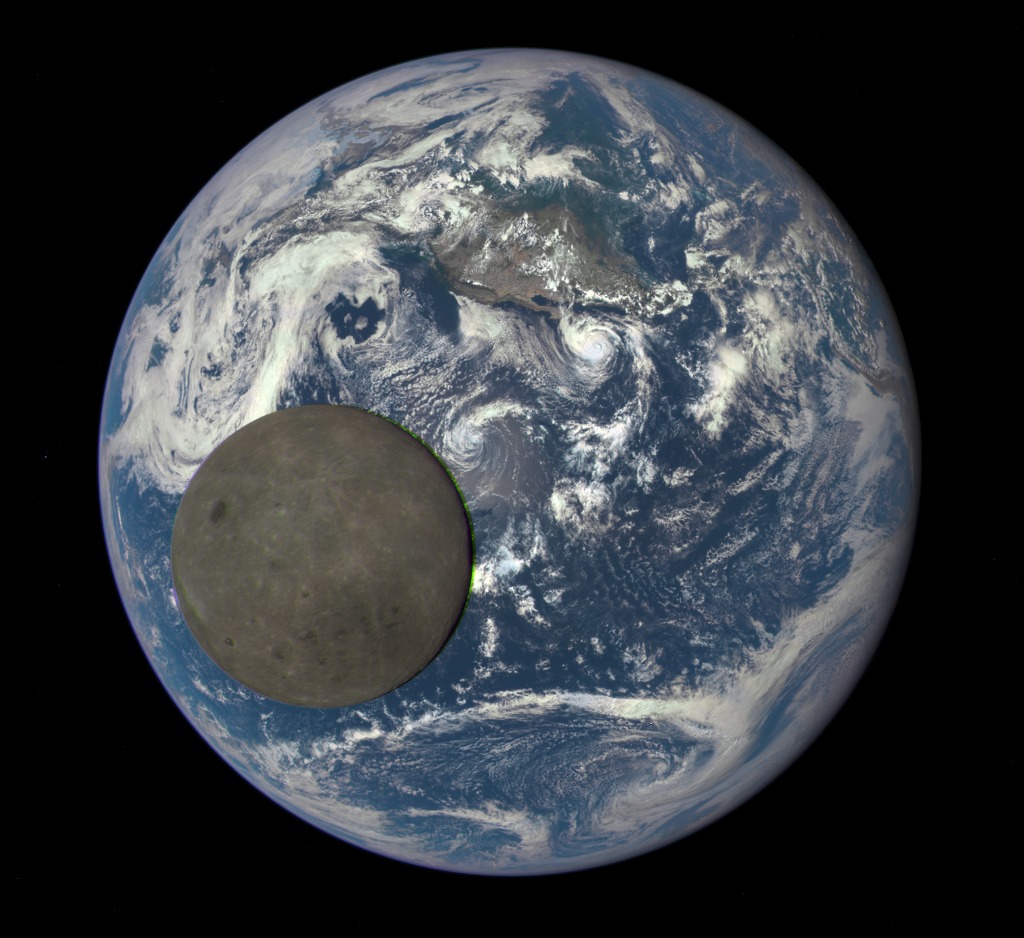 The Deep Space Climate Observatory (DSCOVR) spacecraft is now firmly in place about one million miles from Earth at its L1 (Legrange) point, a focus of gravitational balance between the sun and our planet. Jointly operated by NASA, NOAA (National Oceanic and Atmospheric Administration) and the U.S. Air Force, the spacecraft uses its digital optics to observe the Earth from sunrise to sunset. Researchers use its observations to measure a number of climate variables including ozone, aerosols, cloud heights, dust, and volcanic ash. The spacecraft also monitors the sun’s solar wind. Luckily, it also captures gorgeous images like the one above from July 16, 2015, of the moon, with dark side visible, as it transits over the Pacific Ocean.

Image: This image shows the far side of the moon, illuminated by the sun, as it crosses between the DSCOVR spacecraft’s Earth Polychromatic Imaging Camera (EPIC) camera and telescope, and the Earth. Courtesy: NASA, NOAA.