If Hitchcock were alive today the title of this post — The Man With No Phone — might be a fitting description of his latest noir, celluloid masterpiece. For in many the notion of being phone-less distills deep nightmarish visions of blood-curdling terror.

Does The Man With No Phone lose track of all reality, family, friends, appointments, status updates, sales records, dinner, grocery list, transportation schedules and news, turning into an empty neurotic shell of a human being? Or, does lack of constant connectivity and elimination of instant, digital gratification lead The Man With No Phone to become a schizoid, feral monster? Let’s read on to find out.

Large swathes of the world are still phone-less, and much of the global population — at least those of us over the age of 35 — grew up smartphone-less and even cellphone-less. So, it’s rather disconcerting to read Steve Hilton’s story; he’s been phone-less for 3 years now. However, it’s not disconcerting that he’s without a phone — I find it inspiring (and normal), it’s disconcerting that many people are wondering how on earth he can live without one. And, even more perplexing — why would anyone need a digital detox or mindfulness app on their smartphone? Just hide the thing in your junk draw for a week (or more) and breathe out. Long live The Man With No Phone!

Before you read on, I want to make one thing clear: I’m not trying to convert you. I’m not trying to lecture you or judge you. Honestly, I’m not. It may come over like that here and there, but believe me, that’s not my intent. In this piece, I’m just trying to … explain.

People who knew me in a previous life as a policy adviser to the British prime minister are mildly surprised that I’m now the co-founder and CEO of a tech startup . And those who know that I’ve barely read a book since school are surprised that I have now actually written one.

But the single thing that no one seems able to believe – the thing that apparently demands explanation – is the fact that I am phone-free. That’s right: I do not own a cellphone; I do not use a cellphone. I do not have a phone. No. Phone. Not even an old-fashioned dumb one. Nothing. You can’t call me unless you use my landline – yes, landline! Can you imagine? At home. Or call someone else that I happen to be with (more on that later).

When people discover this fact about my life, they could not be more surprised than if I had let slip that I was actually born with a chicken’s brain. “But how do you live?” they cry. And then: “How does your wife feel about it?” More on that too, later.

As awareness has grown about my phone-free status (and its longevity: this is no passing fad, people – I haven’t had a phone for over three years), I have received numerous requests to “tell my story”. People seem to be genuinely interested in how someone living and working in the heart of the most tech-obsessed corner of the planet, Silicon Valley, can possibly exist on a day-to-day basis without a smartphone.

So here we go. Look, I know it’s not exactly Caitlyn Jenner, but still: here I am, and here’s my story.

In the spring of 2012, I moved to the San Francisco bay area with my wife and two young sons. Rachel was then a senior executive at Google, which involved a punishing schedule to take account of the eight-hour time difference. I had completed two years at 10 Downing Street as senior adviser to David Cameron – let’s just put it diplomatically and say that I and the government machine had had quite enough of each other. To make both of our lives easier, we moved to California.

I took with me my old phone, which had been paid for by the taxpayer. It was an old Nokia phone – I always hated touch-screens and refused to have a smartphone; neither did I want a BlackBerry or any other device on which the vast, endless torrent of government emails could follow me around. Once we moved to the US my government phone account was of course stopped and telephonically speaking, I was on my own.

I tried to get hold of one of my beloved old Nokia handsets, but they were no longer available. Madly, for a couple of months I used old ones procured through eBay, with a pay-as-you-go plan from a UK provider. The handsets kept breaking and the whole thing cost a fortune. Eventually, I had enough when the charging outlet got blocked by sand after a trip to the beach. “I’m done with this,” I thought, and just left it.

I remember the exact moment when I realized something important had happened. I was on my bike, cycling to Stanford, and it struck me that a week had gone by without my having a phone. And everything was just fine. Better than fine, actually. I felt more relaxed, carefree, happier. Of course a lot of that had to do with moving to California. But this was different. I felt this incredibly strong sense of just thinking about things during the day. Being able to organize those thoughts in my mind. Noticing things.

One of the best infographics we’ve seen in a long time — Alfred Hitchcock fans, rejoice! 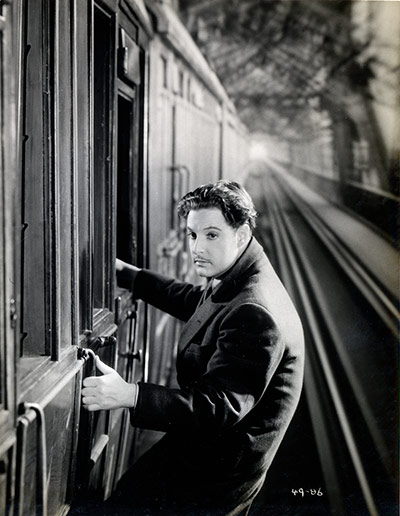 Alfred Hitchcock was a pioneer of modern cinema. His finely crafted movies introduced audiences to new levels of suspense, sexuality and violence. His work raised cinema to the level of great art.

This summer in London, the British Film Institute (BFI) is celebrating all things Hitchcockian by showing all 58 of his works, including newly restored prints of his early silent films, such as Blackmail.

Alfred Hitchcock is to be celebrated like never before this summer, with a retrospective of all his surviving films and the premieres of his newly restored silent films – including Blackmail, which will be shown outside the British Museum.

The BFI on Tuesday announced details of its biggest ever project: celebrating the genius of a man who, it said, was as important to modern cinema as Picasso to modern art or Le Corbusier to modern architecture. Heather Stewart, the BFI’s creative director, said: “The idea of popular cinema somehow being capable of being great art at the same time as being entertaining is still a problem for some people. Shakespeare is on the national curriculum, Hitchcock is not.”

One of the highlights of the season will be the culmination of a three-year project to fully restore nine of the director’s silent films. It will involve The Pleasure Garden, Hitchcock’s first, being shown at Wilton’s Music Hall; The Ring at Hackney Empire, and Blackmail outside the British Museum, where the film’s climactic chase scene was filmed in 1929, both inside the building and on the roof.

Stewart said the restorations were spectacular and overdue. “We would find it very strange if we could not see Shakespeare’s early plays performed, or read Dickens’s early novels. But we’ve been quite satisfied as a nation that Hitchcock’s early films have not been seen in good quality prints on the big screen, even though – like Shakespearean and Dickensian – Hitchcockian has entered our language.”

The films, with new scores by composers including Nitin Sawhney, Daniel Patrick Cohen and Soweto Kinch, will be shown the London 2012 Festival, the finale of the Cultural Olympiad.

Between August and October the BFI will show all 58 surviving Hitchcock films including his many films made in the UK – The 39 Steps, for example, and The Lady Vanishes – and those from his Hollywood years, from Rebecca in 1940 to Vertigo in 1957, The Birds in 1963 and his penultimate film, Frenzy, in 1972.

[div class=attrib]See more stills here, and read the entire article after the jump.[end-div]