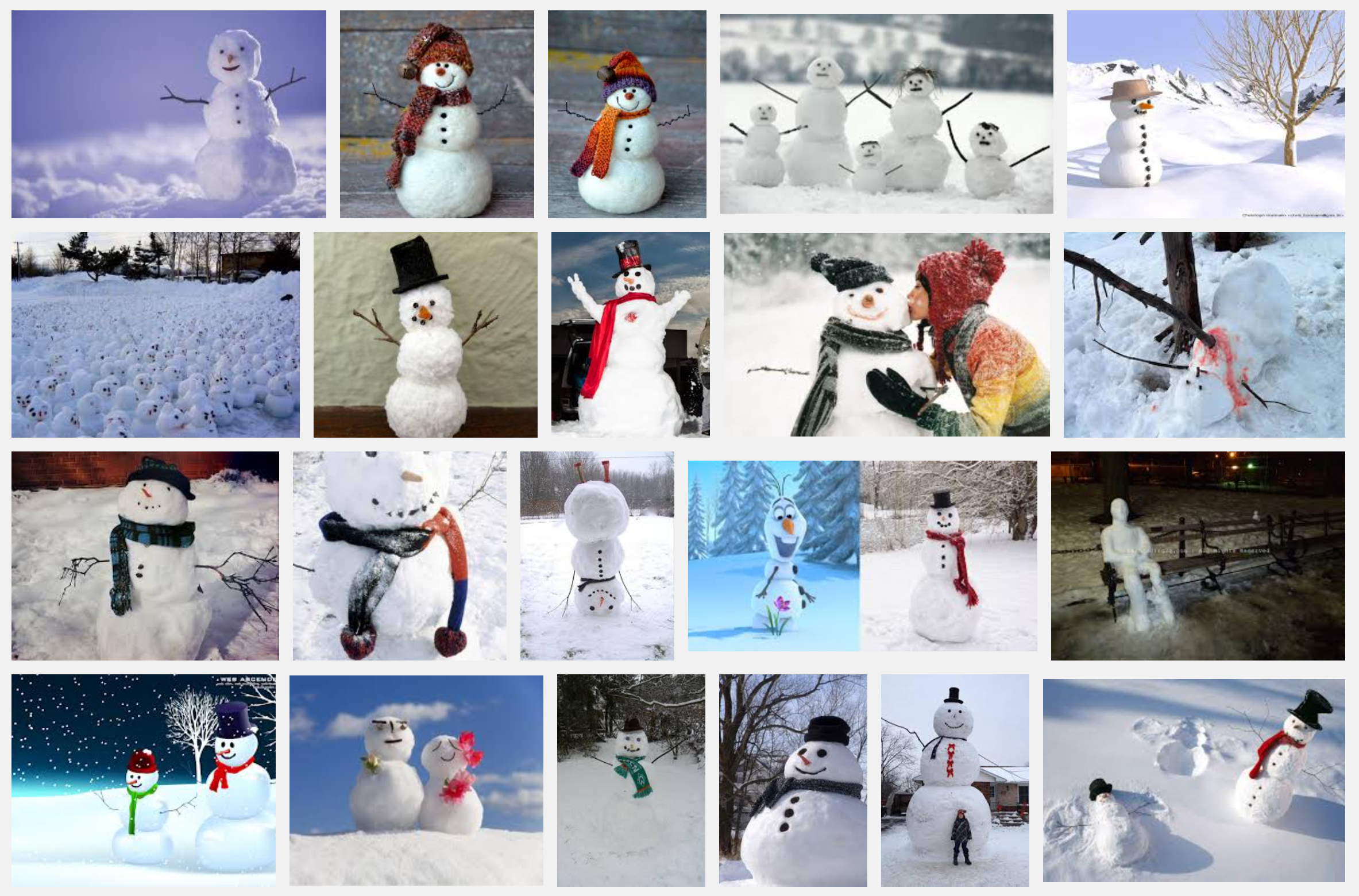 What do Salman Rushdie and snowmen have in common, you may ask. Apparently, they are they both the subject of an Islamic fatwa. So, beware building a snowman lest you stray onto an ungodly path from idolizing your frozen handiwork. And, you may wish to return that DVD of Frozen. Oh, the utter absurdity of it all!

A prominent Saudi Arabian cleric has whipped up controversy by issuing a religious edict forbidding the building of snowmen, described them as anti-Islamic.

Asked on a religious website if it was permissible for fathers to build snowmen for their children after a snowstorm in the country’s north, Sheikh Mohammed Saleh al-Munajjid replied: “It is not permitted to make a statue out of snow, even by way of play and fun.”

Quoting from Muslim scholars, Munajjid argued that to build a snowman was to create an image of a human being, an action considered sinful under the kingdom’s strict interpretation of Sunni Islam.

“God has given people space to make whatever they want which does not have a soul, including trees, ships, fruits, buildings and so on,” he wrote in his ruling.

That provoked swift responses from Twitter users writing in Arabic and identifying themselves with Arab names.

“They are afraid for their faith of everything … sick minds,” one Twitter user wrote.

Another posted a photo of a man in formal Arab garb holding the arm of a “snow bride” wearing a bra and lipstick. “The reason for the ban is fear of sedition,” he wrote.

A third said the country was plagued by two types of people: “A people looking for a fatwa [religious ruling] for everything in their lives, and a cleric who wants to interfere in everything in the lives of others through a fatwa.”

Munajjid had some supporters however. “It (building snowmen) is imitating the infidels, it promotes lustiness and eroticism,” one wrote. “May God preserve the scholars, for they enjoy sharp vision and recognise matters that even Satan does not think about.”

Snow has covered upland areas of Tabuk province near Saudi Arabia’s border with Jordan for the third consecutive year as cold weather swept across the Middle East. Those of us who live relatively comfortable lives in the West are confronted with numerous and not insignificant stresses on a daily basis. There are the stresses of politics, parenting, work life balance, intolerance and financial, to name but a few.

Yet, for all the negatives it is often useful to put our toils and troubles into a clearer perspective. Sometimes a simple story is quite enough. This story is about a Saudi woman who dared to drive. In Saudi Arabia it is not illegal for women to drive, but it is against custom. May Manal al-Sharif and other “custom fighters” like her live long and prosper.

“You know when you have a bird, and it’s been in a cage all its life? When you open the cage door, it doesn’t want to leave. It was that moment.”

This is how Manal al-Sharif felt the first time she sat behind the wheel of a car in Saudi Arabia. The kingdom’s taboo against women driving is only rarely broken. To hear her recount the experience is as thrilling as it must have been to sit in the passenger seat beside her. Well, almost.

Ms. Sharif says her moment of hesitation didn’t last long. She pressed the gas pedal and in an instant her Cadillac SUV rolled forward. She spent the next hour circling the streets of Khobar, in the kingdom’s eastern province, while a friend used an iPhone camera to record the journey.

It was May 2011, when much of the Middle East was convulsed with popular uprisings. Saudi women’s-rights activists were stirring, too. They wondered if the Arab Spring would mark the end of the kingdom’s ban on women driving. “Everyone around me was complaining about the ban but no one was doing anything,” Ms. Sharif says. “The Arab Spring was happening all around us, so that inspired me to say, ‘Let’s call for an action instead of complaining.’ “

The campaign started with a Facebook page urging Saudi women to drive on a designated day, June 17, 2011. At first the page created great enthusiasm among activists. But then critics began injecting fear on and off the page. “The opponents were saying that ‘there are wolves in the street, and they will rape you if you drive,’ ” Ms. Sharif recalls. “There needed to be one person who could break that wall, to make the others understand that ‘it’s OK, you can drive in the street. No one will rape you.’ “

Ms. Sharif resolved to be that person, and the video she posted of herself driving around Khobar on May 17 became an instant YouTube hit. The news spread across Saudi media, too, and not all of the reactions were positive. Ms. Sharif received threatening phone calls and emails. “You have just opened the gates of hell on yourself,” said an Islamist cleric. “Your grave is waiting,” read one email.

Aramco, the national oil company where she was working as a computer-security consultant at the time, wasn’t pleased, either. Ms. Sharif recalls that her manager scolded her: “What the hell are you doing?” In response, Ms. Sharif requested two weeks off. Before leaving on vacation, however, she wrote a message to her boss on an office blackboard: “2011. Mark this year. It will change every single rule that you know. You cannot lecture me about what I’m doing.”

It was a stunning act of defiance in a country that takes very seriously the Quran’s teaching: “Men are in charge of women.” But less than a week after her first outing, Ms. Sharif got behind the wheel again, this time accompanied by her brother and his wife and child. “Where are the traffic police?” she recalls asking her brother as she put pedal to the metal once more. A rumor had been circulating that, since the driving ban isn’t codified in law, the police wouldn’t confront female drivers. “I wanted to test this,” she says.

The rumor was wrong. As she recounts, a traffic officer stopped the car, and soon members of the Committee for the Promotion of Virtue and Prevention of Vice, the Saudi morality police, surrounded the car. “Girl!” screamed one. “Get out! We don’t allow women to drive!” Ms. Sharif and her brother were arrested and detained for six hours, during which time she stood her ground.

“Sir, what law did I break?” she recalls repeatedly asking her interrogators. “You didn’t break any law,” they’d say. “You violated orf“—custom.