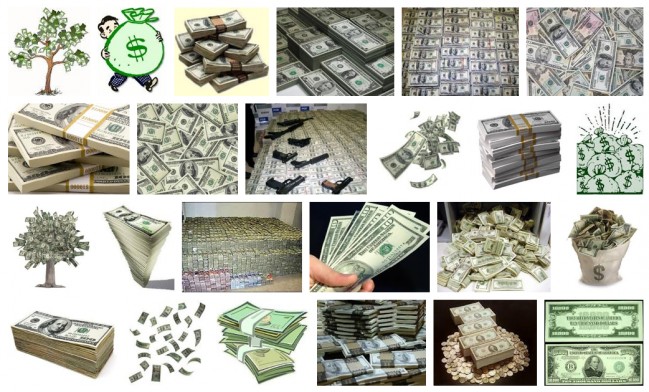 Money is a curious invention. It enables efficient and almost frictionless commerce and it allows us to assign tangible value to our time. Yet it poses enormous societal challenges and ethical dilemmas. For instance, should we bribe our children with money in return for better grades? Should we allow a chronically ill kidney patient to purchase a replacement organ from a donor?

Raghuram Rajan, professor of finance at the University of Chicago, reviews a fascinating new book that attempts to answer some of these questions. The book, “What Money Can’t Buy: The Moral Limits of the Market” is written by noted Harvard philosopher Michael Sandel.

In an interesting recent book, What Money Can’t Buy: The Moral Limits of the Market, the Harvard philosopher Michael Sandel points to the range of things that money can buy in modern societies and gently tries to stoke our outrage at the market’s growing dominance. Is he right that we should be alarmed?

While Sandel worries about the corrupting nature of some monetized transactions (do kids really develop a love of reading if they are bribed to read books?), he is also concerned about unequal access to money, which makes trades using money inherently unequal. More generally, he fears that the expansion of anonymous monetary exchange erodes social cohesion, and argues for reducing money’s role in society.

Sandel’s concerns are not entirely new, but his examples are worth reflecting upon. In the United States, some companies pay the unemployed to stand in line for free public tickets to congressional hearings. They then sell the tickets to lobbyists and corporate lawyers who have a business interest in the hearing but are too busy to stand in line.

Clearly, public hearings are an important element of participatory democracy. All citizens should have equal access. So selling access seems to be a perversion of democratic principles.

The fundamental problem, though, is scarcity. We cannot accommodate everyone in the room who might have an interest in a particularly important hearing. So we have to “sell” entry. We can either allow people to use their time (standing in line) to bid for seats, or we can auction seats for money. The former seems fairer, because all citizens seemingly start with equal endowments of time. But is a single mother with a high-pressure job and three young children as equally endowed with spare time as a student on summer vacation? And is society better off if she, the chief legal counsel for a large corporation, spends much of her time standing in line?

Whether it is better to sell entry tickets for time or for money thus depends on what we hope to achieve. If we want to increase society’s productive efficiency, people’s willingness to pay with money is a reasonable indicator of how much they will gain if they have access to the hearing. Auctioning seats for money makes sense – the lawyer contributes more to society by preparing briefs than by standing in line.

On the other hand, if it is important that young, impressionable citizens see how their democracy works, and that we build social solidarity by making corporate executives stand in line with jobless teenagers, it makes sense to force people to bid with their time and to make entry tickets non-transferable. But if we think that both objectives – efficiency and solidarity – should play some role, perhaps we should turn a blind eye to hiring the unemployed to stand in line in lieu of busy lawyers, so long as they do not corner all of the seats.

What about the sale of human organs, another example Sandel worries about? Something seems wrong when a lung or a kidney is sold for money. Yet we celebrate the kindness of a stranger who donates a kidney to a young child. So, clearly, it is not the transfer of the organ that outrages us – we do not think that the donor is misinformed about the value of a kidney or is being fooled into parting with it. Nor, I think, do we have concerns about the scruples of the person selling the organ – after all, they are parting irreversibly with something that is dear to them for a price that few of us would accept.

I think part of our discomfort has to do with the circumstances in which the transaction takes place. What kind of society do we live in if people have to sell their organs to survive?