Let me put aside humanity’s destructive failings for a moment, with the onset of a New Year, to celebrate one of our most fundamental positive traits: our need to know — how things work, how and why we’re here, and if we’re alone. We are destined to explore, discover and learn more about ourselves and our surroundings. I hope and trust that 2016 will bring us yet more knowledge (and more really cool images). We are fortunate indeed. 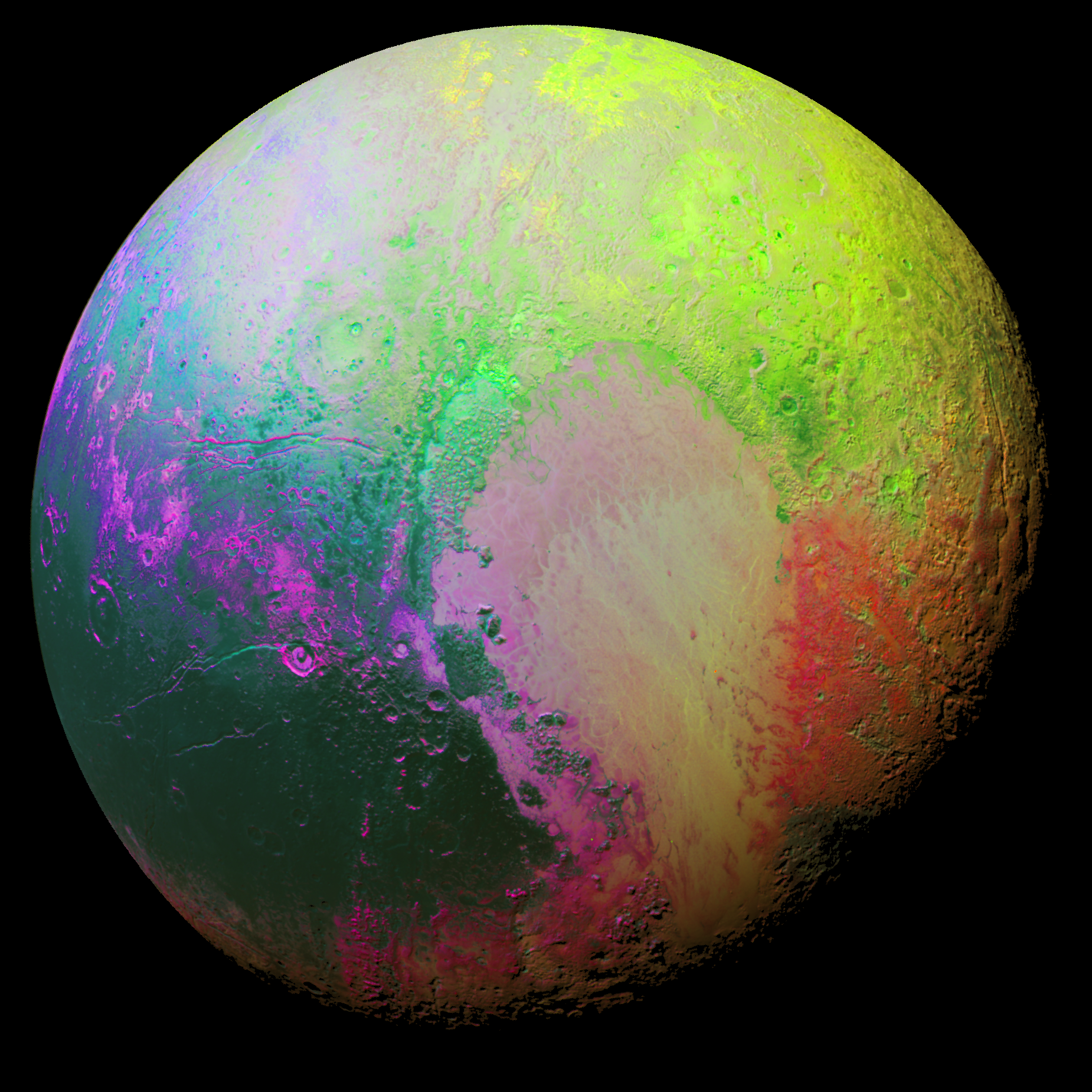 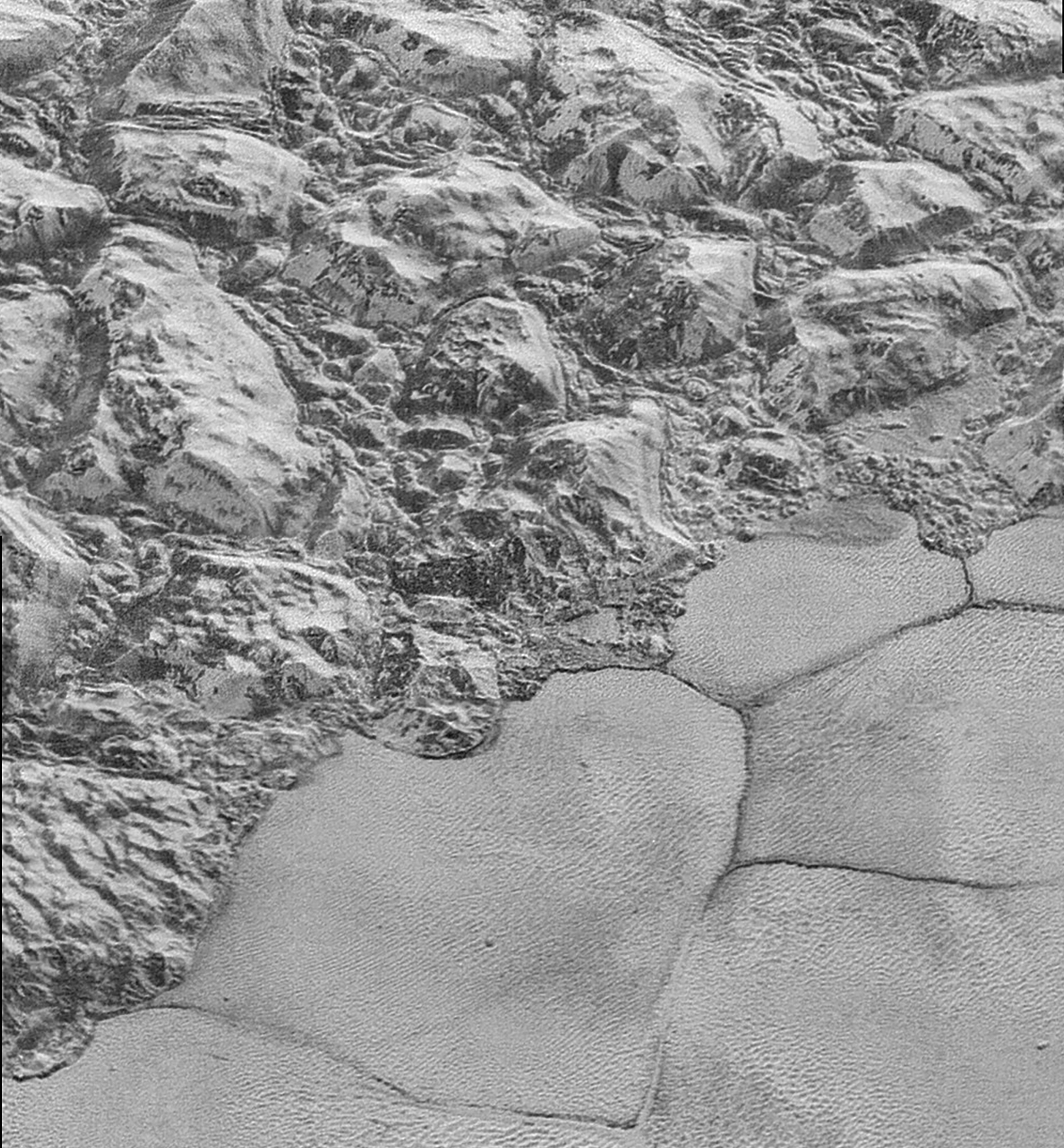 Image: Highest-resolution image from NASA’s New Horizons spacecraft shows huge blocks of Pluto’s water-ice crust jammed together in the informally named al-Idrisi mountains. The mountains end abruptly at the shoreline of the informally named Sputnik Planum, where the soft, nitrogen-rich ices of the plain form a nearly level surface, broken only by the fine trace work of striking, cellular boundaries. Courtesy: NASA/JHUAPL/SwRI. 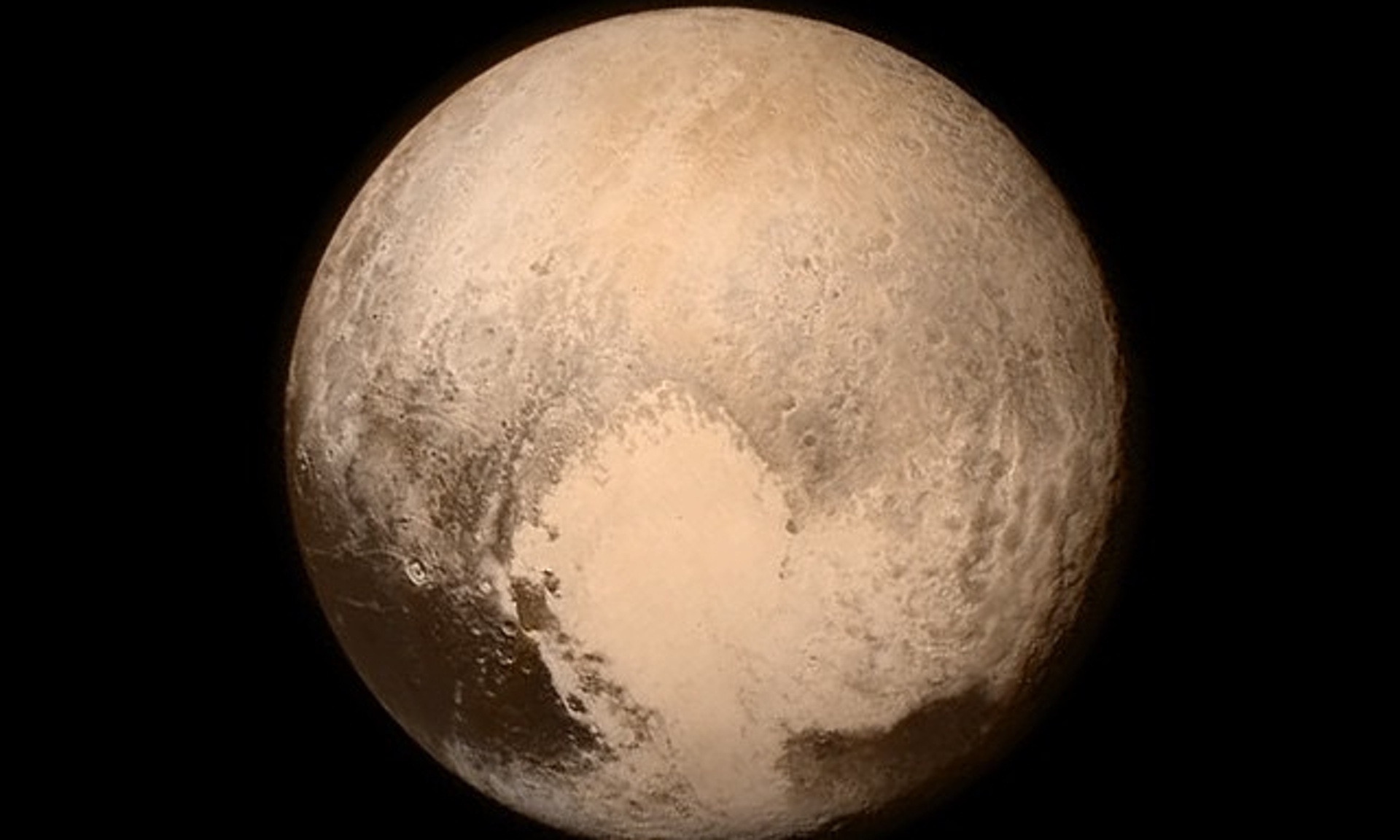 Today NASA’s New Horizons spacecraft reached the (dwarf) planet Pluto and its five moons. After a 9.5 year voyage covering around 3 billion miles, the refrigerator-sized probe has finally reached its icy target. Unfortunately, New Horizons is traveling so quickly it will not enter orbit around Pluto but continue its 30,000 mph trek into interstellar space. The images, and science, that the craft will stream back to Earth over the coming months should be spectacular.

Check out more on the New Horizon’s mission here.

Image: Pluto as imaged by New Horizons, last image prior to its closest approach on July 14, 2015. Images courtesy of NASA.