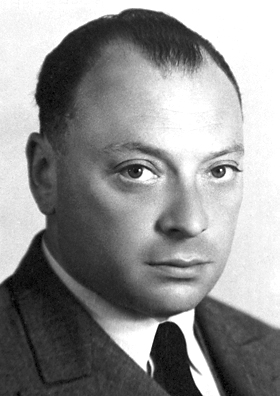 Austrian theoretical physicist dreamed up neutrinos in 1930, and famously bet a case of fine champagne that these ghostly elementary particles would never be found. Pauli lost the bet in 1956. Since then researchers have made great progress both theoretically and experimentally in trying to delve into the neutrino’s secrets. Two new books describe the ongoing quest.

Neutrinoa are weird. The wispy particles are far more abundant than the protons and electrons that make up atoms. Billions of them stream through every square centimetre of Earth’s surface each second, but they leave no trace and rarely interact with anything. Yet scientists increasingly agree that they could help unravel one of the biggest mysteries in physics: why the cosmos is made of matter.

Neutrinos’ scientific history is also odd, as two new books explain. The first is “Neutrino Hunters” by Ray Jayawardhana, a professor of astrophysics at the University of Toronto (and a former contributor to The Economist). The second, “The Perfect Wave”, is by Heinrich Päs, a neutrino theorist from Technical University in the German city of Dortmund.

The particles were dreamed up in 1930 by Wolfgang Pauli, an Austrian, to account for energy that appeared to go missing in a type of radioactivity known as beta decay. Pauli apologised for what was a bold idea at a time when physicists knew of just two subatomic particles (protons and electrons), explaining that the missing energy was carried away by a new, electrically neutral and, he believed, undetectable subatomic species. He bet a case of champagne that it would never be found.

Pauli lost the wager in 1956 to two Americans, Frederick Reines and Clyde Cowan. The original experiment they came up with to test the hypothesis was unorthodox. It involved dropping a detector down a shaft within 40 metres of an exploding nuclear bomb, which would act as a source of neutrinos. Though Los Alamos National Laboratory approved the experiment, the pair eventually chose a more practical approach and buried a detector near a powerful nuclear reactor at Savannah River, South Carolina, instead. (Most neutrino detectors are deep underground to shield them from cosmic rays, which can cause similar signals.)

However, as other experiments, in particular those looking for neutrinos in the physical reactions which power the sun, strove to replicate Reines’s and Cowan’s result, they hit a snag. The number of solar neutrinos they recorded was persistently just one third of what theory said the sun ought to produce. Either the theorists had made a mistake, the thinking went, or the experiments had gone awry.

In fact, both were right all along. It was the neutrinos that, true to form, behaved oddly. As early as 1957 Bruno Pontecorvo, an Italian physicist who had defected to the Soviet Union seven years earlier, suggested that neutrinos could come in different types, known to physicists as “flavours”, and that they morph from one type to another on their way from the sun to Earth. Other scientists were sceptical. Their blueprint for how nature works at the subatomic level, called the Standard Model, assumed that neutrinos have no mass. This, as Albert Einstein showed, is the same as saying they travel at the speed of light. On reaching that speed time stops. If neutrinos switch flavours they would have to experience change, and thus time. That means they would have to be slower than light. In other words, they would have mass. (A claim in 2011 by Italian physicists working with CERN, Europe’s main physics laboratory, that neutrinos broke Einstein’s speed limit turned out to be the result of a loose cable.)

Pontecorvo’s hypothesis was proved only in 1998, in Japan. Others have since confirmed the phenomenon known as “oscillation”. The Standard Model had to be tweaked to make room for neutrino mass. But scientists still have little idea about how much any of the neutrinos actually weigh, besides being at least 1m times lighter than an electron.

The answer to the weight question, as well as a better understanding of neutrino oscillations, may help solve the puzzle of why the universe is full of matter. One explanation boffins like a lot because of its elegant maths invokes a whole new category of “heavy” neutrino decaying more readily into matter than antimatter. If that happened a lot when the universe began, then there would have been more matter around than antimatter, and when the matter and antimatter annihilated each other, as they are wont to do, some matter (ie, everything now visible) would be left over. The lighter the known neutrinos, according to this “seesaw” theory, the heftier the heavy sort would have to be. A heavy neutrino has yet to be observed, and may well, as Pauli described it, be unobservable. But a better handle on the light variety, Messrs Jayawardhana and Päs both agree, may offer important clues.