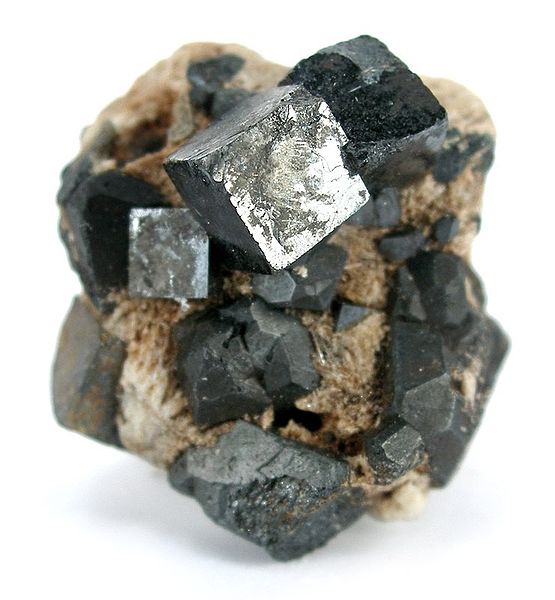 No, these are not a new form of luxury cut glass from Europe, but something much more significant. First discovered in the mid-1800s in the Ural mountain range of Russia, Perovskite materials could lay the foundation for a significant improvement in the efficiency of solar power systems.

A new solar cell material has properties that might lead to solar cells more than twice as efficient as the best on the market today. An article this week in the journal Nature describes the materials—a modified form of a class of compounds called perovskites, which have a particular crystalline structure.

The researchers haven’t yet demonstrated a high efficiency solar cell with the material. But their work adds to a growing body of evidence suggesting perovskite materials could change the face of solar power. Researchers are making new perovskites using combinations of elements and molecules not seen in nature; many researchers see the materials as the next great hope for making solar power cheap enough to compete with fossil fuels.

Perovskite-based solar cells have been improving at a remarkable pace. It took a decade or more for the major solar cell materials used today—silicon and cadmium telluride—to reach efficiency levels that have been demonstrated with perovskites in just four years. The rapid success of the material has impressed even veteran solar researchers who have learned to be cautious about new materials after seeing many promising ones come to nothing (see “A Material that Could Make Solar Power ‘Dirt Cheap’”).

The perovskite material described in Nature has properties that could lead to solar cells that can convert over half of the energy in sunlight directly into electricity, says Andrew Rappe, co-director of Pennergy, a center for energy innovation at the University of Pennsylvania, and one of the new report’s authors. That’s more than twice as efficient as conventional solar cells. Such high efficiency would cut in half the number of solar cells needed to produce a given amount of power. Besides reducing the cost of solar panels, this would greatly reduce installation costs, which now account for most of the cost of a new solar system.

Unlike conventional solar cell materials, the new material doesn’t require an electric field to produce an electrical current. This reduces the amount of material needed and produces higher voltages, which can help increase power output, Rappe says. While other materials have been shown to produce current without the aid of an electric field, the new material is the first to also respond well to visible light, making it relevant for solar cells, he says.

The researchers also showed that it is relatively easy to modify the material so that it efficiently converts different wavelengths of light into electricity. It could be possible to form a solar cell with different layers, each designed for a specific part of the solar spectrum, something that could greatly improve efficiency compared to conventional solar cells (see “Ultra-Efficient Solar Power” and “Manipulating Light to Double Solar Power Output”).

Other solar cell experts note that while these properties are interesting, Rappe and his colleagues have a long way to go before they can produce viable solar cells. For one thing, the electrical current it produces so far is very low. Ramamoorthy Ramesh, a professor of materials science and engineering at Berkeley, says, “This is nice work, but really early stage. To make a solar cell, a lot of other things are needed.”

Perovskites remain a promising solar material. Michael McGehee, a materials science and engineering professor at Stanford University, recently wrote, “The fact that multiple teams are making such rapid progress suggests that the perovskites have extraordinary potential, and might elevate the solar cell industry to new heights.”