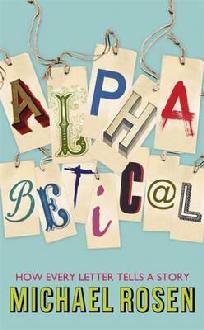 Are you a Leszczynska or a Bob? And, do you wish to be liked? Well, sorry Leszczynska. It turns out that having an easily pronounceable name makes you more likable.

Though it might seem impossible, and certainly inadvisable, to judge a person by their name, a new study suggests our brains try anyway.

The more pronounceable a person’s name is, the more likely people are to favor them.

“When we can process a piece of information more easily, when it’s easier to comprehend, we come to like it more,” said psychologist Adam Alter of New York University and co-author of a Journal of Experimental Social Psychology study published in December.

Fluency, the idea that the brain favors information that’s easy to use, dates back to the 1960s, when researchers found that people most liked images of Chinese characters if they’d seen them many times before.

Researchers since then have explored other roles that names play, how they affect our judgment and to what degree.

Studies have shown, for example, that people can partly predict a person’s income and education using only their first name. Childhood is perhaps the richest area for name research: Boys with girls’ names are more likely to be suspended from school. And the less popular a name is, the more likely a child is to be delinquent.

In 2005, Alter and his colleagues explored how pronounceability of company names affects their performance in the stock market. Stripped of all obvious influences, they found companies with simpler names and ticker symbols traded better than the stocks of more difficult-to-pronounce companies.

“The effect is often very, very hard to quantify because so much depends on context, but it’s there and measurable,” Alter said. “You can’t avoid it.”

But how much does pronunciation guide our perceptions of people? To find out, Alter and colleagues Simon Laham and Peter Koval of the University of Melbourne carried out five studies.

In the first, they asked 19 female and 16 male college students to rank 50 surnames according to their ease or difficulty of pronunciation, and according to how much they liked or disliked them. In the second, they had 17 females and 7 male students vote for hypothetical political candidates solely on the basis of their names. In the third, they asked 55 female and 19 male students to vote on candidates about whom they knew both names and some political positions.