The NYT recently published an updated compendium of the 281 people, places and things that the Republican nominee for President has insulted via Twitter. It makes for some unbelievable and sometimes humorous reading. Interestingly enough, the “great orange one” has more vitriol to hurl at Macy’s department store (“very disloyal to me”) than at Iran and the recent international nuclear agreement (“Really sad!”).

“one of the worst-performing stocks”
“very disloyal company”
“Don’t shop there for Christmas!”
“disloyal”
“very disloyal to me”
“racial profiling”
“no guts, no glory”
“there are far better stores”
“Macy’s stores suck and they are bad for U.S.A.”
“no guts no glory”
“Wow! I hear that thousands of people are cutting up their Macy’s credit card”
“terrible hypocrites”
“Macy’s stock just dropped”
“so many people calling to say they are cutting up their Macy’s credit card”
“they ‘racial profile’ all over the place”
“racists”
“weak on border security”

Local and national newspapers, magazines, TV and online media — on the left and right — continue to endorse Hillary Clinton and bash Donald Trump. Some have never endorsed a candidate before, while others have never endorsed a Democrat for President. Perhaps not surprisingly the non-elitist National Enquirer has endorsed Trump. Here are just a few of those elitist endorsements:

The Atlantic: Against Donald Trump

[O]ur interest here is not to advance the prospects of the Democratic Party, nor to damage those of the Republican Party,” the editorial concludes. “We believe in American democracy, in which individuals from various parties of different ideological stripes can advance their ideas and compete for the affection of voters. But Trump is not a man of ideas. He is a demagogue, a xenophobe, a sexist, a know-nothing, and a liar. He is spectacularly unfit for office, and voters—the statesmen and thinkers of the ballot box—should act in defense of American democracy and elect his opponent.

USA Today: Trump is ‘unfit for the presidency’

From the day he declared his candidacy 15 months ago through this week’s first presidential debate, Trump has demonstrated repeatedly that he lacks the temperament, knowledge, steadiness and honesty that America needs from its presidents.

Arizona Republic: Hillary Clinton is the only choice to move America ahead

Since The Arizona Republic began publication in 1890, we have never endorsed a Democrat over a Republican for president. Never. This reflects a deep philosophical appreciation for conservative ideals and Republican principles. This year is different. The 2016 Republican candidate is not conservative and he is not qualified.

Trump’s values are hostile to conservatism. He plays on fear — exploiting base instincts of xenophobia, racism and misogyny — to bring out the worst in all of us, rather than the best. His serial shifts on fundamental issues reveal an astounding absence of preparedness. And his improvisational insults and midnight tweets exhibit a dangerous lack of judgment and impulse control.

Any one of Trump’s less-than-sterling qualities – his erratic temperament, his dodgy business practices, his racism, his Putin-like strongman inclinations and faux-populist demagoguery, his contempt for the rule of law, his ignorance – is enough to be disqualifying. His convention-speech comment, “I alone can fix it,” should make every American shudder. He is, we believe, a danger to the Republic.

Cincinnati Inquirer: Enquirer: It has to be Hillary Clinton

Trump is a clear and present danger to our country. He has no history of governance that should engender any confidence from voters. Trump has no foreign policy experience, and the fact that he doesn’t recognize it – instead insisting that, “I know more about ISIS than the generals do” – is even more troubling.

The 2016 US presidential election cycle just entered the realm of total absurdity.

Not content with puerile vulgarity, hate-speech, 4th-grade “best words” and policy-less demagoguery, current  frontrunner for the Republican nomination was hawking his fake steaks, bottled water, vodka and wine at his March 8, 2016 press conference… 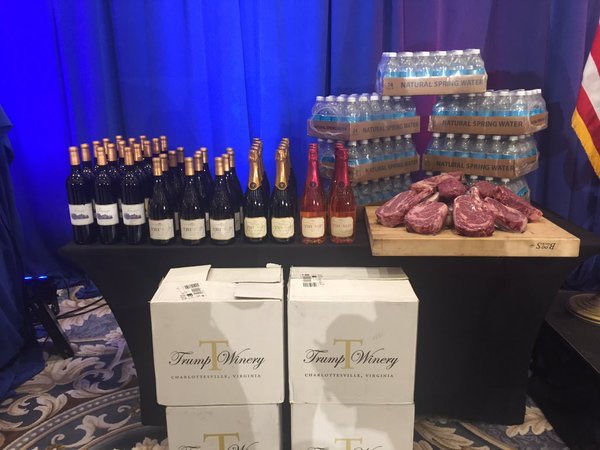 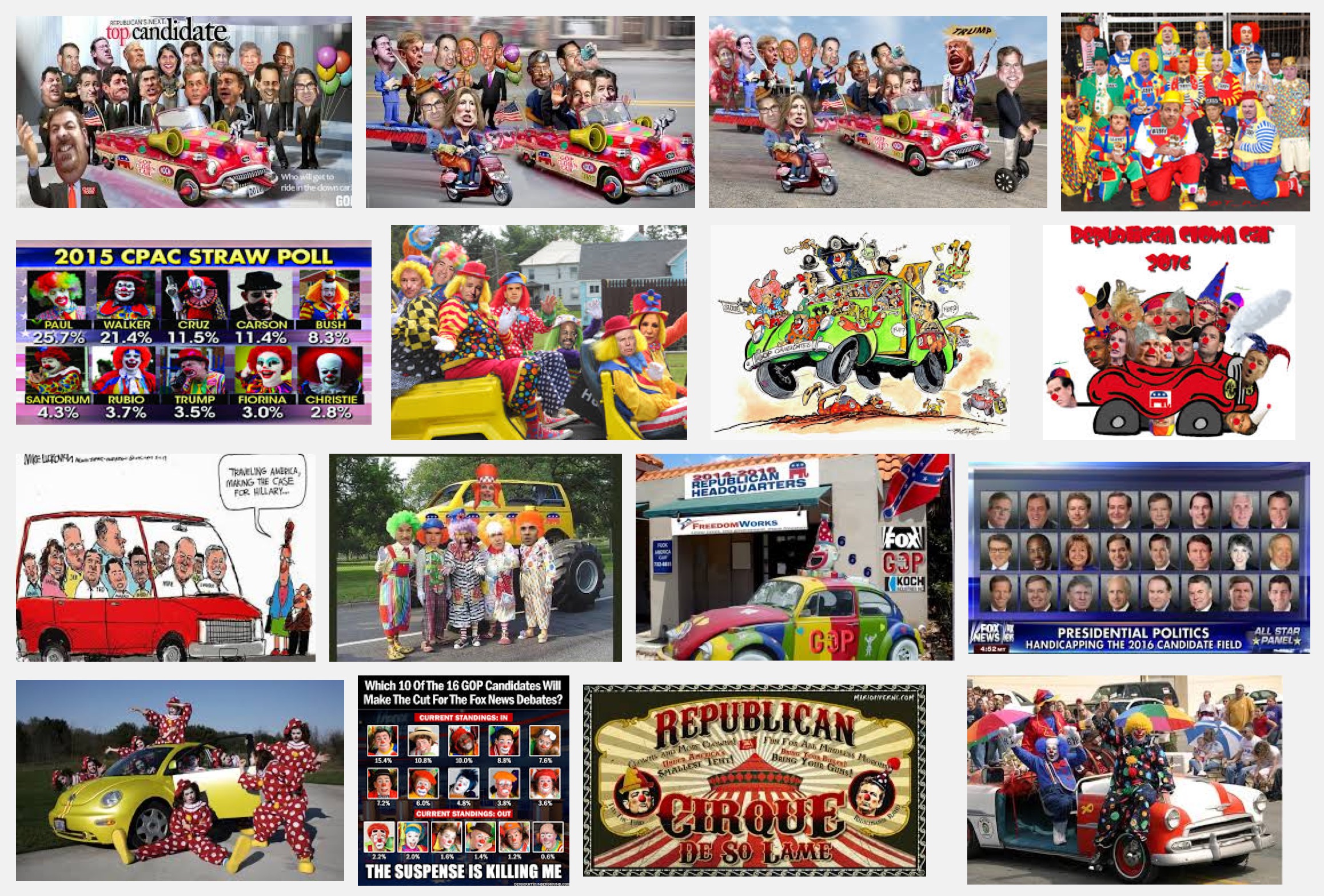 This must be one for the record books: the 2016 Republican clown car replete with X number of presidential hopefuls rolls into the People’s Republic of Boulder, Colorado (my home) today, October 28, 2015.

The left-of-center University of Colorado campus at Boulder (CU) is hosting the next Republican debate in one of the most left-leaning cities in the country. This is an idyllic, small city of a 100,000, nestled in the foothills of the Rockies, where mountain lions outnumber Republicans and where residents are more likely to brandish a hookah than a handgun. But, it does show that our town is open-minded and welcoming to colorful characters.

I eagerly await the next Democratic presidential debate in Lubbock Texas or Mesa, Arizona. Namaste!