While NASA vacillates over any planned manned missions back to the Moon or to the Red Planet, the agency continues to think ahead. Despite perennial budget constraints and severe cuts NASA still has some fascinating plans for unmanned exploration of our solar system and beyond to the very horizon of the visible universe.

In its latest 30 year roadmap, NASA maps out its long-term goals, which include examining the atmospheres of exoplanets, determining the structure of neutron stars and tracing the history of galactic formation.

The past 30 years has seen a revolution in astronomy and our understanding of the Universe. That’s thanks in large part to a relatively small number of orbiting observatories that have changed the way we view our cosmos.

These observatories have contributed observations from every part of the electromagnetic spectrum, from NASA’s Compton Gamma Ray Observatory at the very high energy end to HALCA, a Japanese 8-metre radio telescope at the low energy end.  Then there is the Hubble Space Telescope in the visible part of the spectrum, arguably the greatest telescope in history.

It’s fair to say that these  observatories have had a profound effect not just on science , but on the history of humankind.

So an interesting question is: what next?  Today, we find out, at least as far as NASA is concerned, with the publication of the organisation’s roadmap for astrophysics over the next 30 years. The future space missions identified in this document will have a profound influence on the future of astronomy but also on the way imaging technology develops in general.

So what has NASA got up its sleeve? To start off with, it says its goal in astrophysics is to answer three questions: Are we alone? How did we get here? And how does our universe work?

So let’s start with the first question. Perhaps the most important discovery in astronomy in recent years is that the Milky Way is littered with planets, many of which must have conditions ripe for life. So it’s no surprise that NASA aims first to understand the range of planets that exist and the types of planetary systems they form.

The James Webb Space Telescope, Hubble’s successor due for launch in 2018, will study the atmospheres of exoplanets, along with the Large UV Optical IR (LUVOIR) Surveyor due for launch in the 2020s. Together, these telescopes may produce results just as spectacular as Hubble’s.

To complement the Kepler mission, which has found numerous warm planets orbiting all kinds of stars, NASA is also planning the WFIRST-AFTA mission which will look for cold, free-floating planets using gravitational lensing. That’s currently scheduled for launch in the mid 2020s.

Beyond that, NASA hopes to build an ExoEarth Mapper mission that combines the observations from several large optical space telescopes to produce the first resolved images of other Earths. “For the first time, we will identify continents and oceans—and perhaps the signatures of life—on distant worlds,” says the report.

To tackle the second question—how did we get here?—NASA hopes to trace the origins of the first stars, star clusters and galaxies, again using JWST, LUVOIR and WFIRST-AXA. “These missions will also directly trace the history of galaxies and intergalactic gas through cosmic time, peering nearly 14 billion years into the past,” it says.

The technology challenges in all this will be immense. NASA needs everything from bigger, lighter optics and extremely high contrast imaging devices to smart materials and micro-thrusters with unprecedented positioning accuracy.

One thing NASA’s roadmap doesn’t mention though is money and management—the two thorniest issues in the space business. The likelihood is that NASA will not have to sweat too hard for the funds it needs to carry out these missions. Much more likely is that any sleep lost will be over the type of poor management and oversight that has brought many a multibillion dollar mission to its knees. 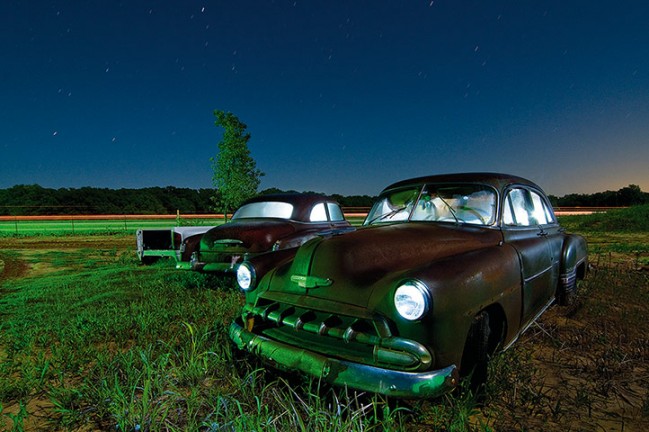