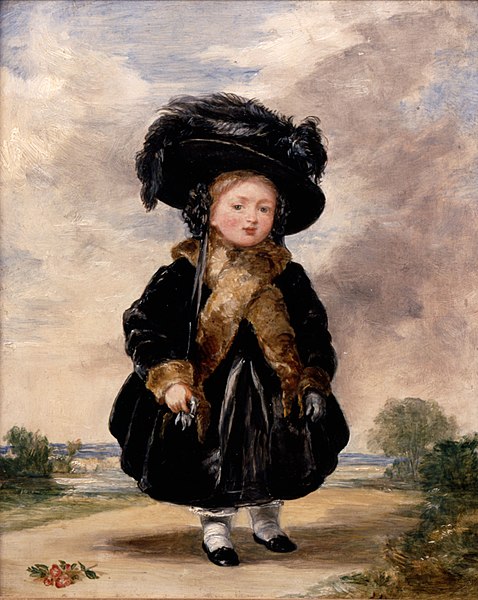 Royal-watchers from all corners of the globe, especially the British one, have been agog over the arrival of the latest royal earlier this week. The overblown media circus got us thinking about baby pictures. Will the Prince of Cambridge be the first heir to the throne to have his portrait enshrined via Instagram? Or, as is more likely, will his royal essence be captured in oil on canvas, as with the 35 or more generations that preceded him?

Royal children have been portrayed by some of the greatest artists down the ages, preserving images of childhood that are still touching today. Will this royal baby fare better than its mother in the portraits that are sure to come? Are there any artists out there who can go head to head with the greats of royal child portraiture?

Agnolo Bronzino has to be first among those greats, because he painted small children in a way that set the tone for many royal images to come. Some might say the Medici rulers of Florence, for whom he worked, were not properly royal – but they definitely acted like a royal family, and the artists who worked for them set the tone of court art all over Europe. In Giovanni de’ Medici As a Child, Bronzino expresses the joy of children and the pleasure of parents in a way that was revolutionary in the 16th century. Chubby-cheeked and jolly, Giovanni clutches a pet goldfinch. In paintings of the Holy Family you know that if Jesus has a pet bird it probably has some dire symbolic meaning. But this pet is just a pet. Giovanni is just a happy kid. Actually, a happy baby: he was about 18 months old.

Hans Holbein took more care to clarify the regal uniqueness of his subject when he portrayed Edward, only son of King Henry VIII of England, in about 1538. Holbein, too, captures the face of early childhood brilliantly. But how old is Edward meant to be? In fact, he was two. Holbein expresses his infancy – his baby face, his baby hands – while having him stand holding out a majestic hand, dressed like his father, next to an inscription that praises the paternal glory of Henry. Who knows, perhaps he really stood like that for a second or two, long enough for Holbein to take a mental photograph.

Diego Velázquez recorded a more nuanced, even anxious, view of royal childhood in his paintings of the royal princesses of 17th-century Spain. In the greatest of them, Las Meninas, the five-year-old Infanta Margarita Teresa stands looking at us, accompanied by her ladies in waiting (meninas) and two dwarves, while Velázquez works on a portrait of her parents, the king and queen. The infanta is beautiful and confident, attended by her own micro-court – but as she looks out of the painting at her parents (who are standing where the spectator of the painting stands) she is performing. And she is under pressure to look and act like a little princess.

The 19th-century painter Stephen Poyntz Denning may not be in the league of these masters. In fact, let’s be blunt: he definitely isn’t. But his painting Queen Victoria, Aged 4 is a fascinating curiosity. Like the Infanta, this royal princess is not allowed to be childlike. She is dressed in an oppressively formal way, in dark clothes that anticipate her mature image – a childhood lost to royal destiny.