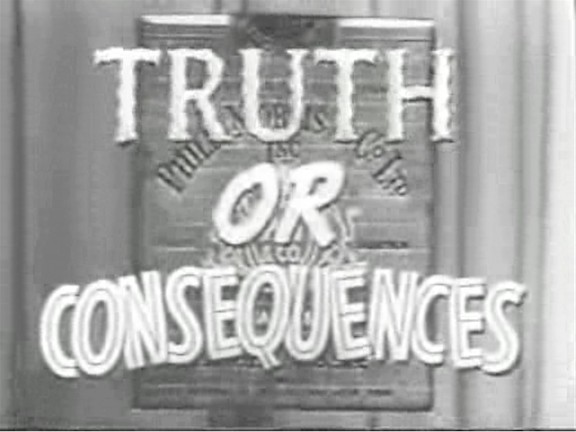 Psychologists have long studied the causes and characteristics of deception. In recent times they have had a huge pool of talented liars from which to draw — bankers, mortgage lenders, Enron executives, borrowers, and of course politicians. Now, researchers have begun to took at the art of self-deception, with some interesting results. Self-deception may be a useful tool in influencing others.

Lying to yourself—or self-deception, as psychologists call it—can actually have benefits. And nearly everybody does it, based on a growing body of research using new experimental techniques.

Self-deception isn’t just lying or faking, but is deeper and more complicated, says Del Paulhus, psychology professor at University of British Columbia and author of a widely used scale to measure self-deceptive tendencies. It involves strong psychological forces that keep us from acknowledging a threatening truth about ourselves, he says.

Believing we are more talented or intelligent than we really are can help us influence and win over others, says Robert Trivers, an anthropology professor at Rutgers University and author of “The Folly of Fools,” a 2011 book on the subject. An executive who talks himself into believing he is a great public speaker may not only feel better as he performs, but increase “how much he fools people, by having a confident style that persuades them that he’s good,” he says.

Researchers haven’t studied large population samples to compare rates of self-deception or compared men and women, but they know based on smaller studies that it is very common. And scientists in many different disciplines are drawn to studying it, says Michael I. Norton, an associate professor at Harvard Business School. “It’s also one of the most puzzling things that humans do.”

Researchers disagree over what exactly happens in the brain during self-deception. Social psychologists say people deceive themselves in an unconscious effort to boost self-esteem or feel better. Evolutionary psychologists, who say different parts of the brain can harbor conflicting beliefs at the same time, say self-deception is a way of fooling others to our own advantage.

In some people, the tendency seems to be an inborn personality trait. Others may develop a habit of self-deception as a way of coping with problems and challenges.

Behavioral scientists in recent years have begun using new techniques in the laboratory to predict when and why people are likely to deceive themselves. For example, they may give subjects opportunities to inflate their own attractiveness, skill or intelligence. Then, they manipulate such variables as subjects’ mood, promises of rewards or opportunities to cheat. They measure how the prevalence of self-deception changes.

We lie to ourselves all the time. We tell ourselves that we are better than average — that we are more moral, more capable, less likely to become sick or suffer an accident. It’s an odd phenomenon, and an especially puzzling one to those who think about our evolutionary origins. Self-deception is so pervasive that it must confer some advantage. But how could we be well served by a brain that deceives us? This is one of the topics tackled by Robert Trivers in his new book, “The Folly of Fools,” a colorful survey of deception that includes plane crashes, neuroscience and the transvestites of the animal world. He answered questions from Mind Matters editor Gareth Cook.

Cook: Do you have any favorite examples of deception in the natural world?
Trivers: Tough call. They are so numerous, intricate and bizarre.  But you can hardly beat female mimics for general interest. These are males that mimic females in order to achieve closeness to a territory-holding male, who then attracts a real female ready to lay eggs. The territory-holding male imagines that he is in bed (so to speak) with two females, when really he is in bed with one female and another male, who, in turn, steals part of the paternity of the eggs being laid by the female. The internal dynamics of such transvestite threesomes is only just being analyzed. But for pure reproductive artistry one can not beat the tiny blister beetles that assemble in arrays of 100’s to 1000’s, linking together to produce the larger illusion of a female solitary bee, which attracts a male bee who flies into the mirage in order to copulate and thereby carries the beetles to their next host.

Cook: At what age do we see the first signs of deception in humans?
Trivers: In the last trimester of pregnancy, that is, while the offspring is still inside its mother. The baby takes over control of the mother’s blood sugar level (raising it), pulse rate (raising it) and blood distribution (withdrawing it from extremities and positioning it above the developing baby). It does so by putting into the maternal blood stream the same chemicals—or close mimics—as those that the mother normally produces to control these variables. You could argue that this benefits mom. She says, my child knows better what it needs than I do so let me give the child control. But it is not in the mother’s best interests to allow the offspring to get everything it wants; the mother must apportion her biological investment among other offspring, past, present and future. The proof is in the inefficiency of the new arrangement, the hallmark of conflict. The offspring produces these chemicals at 1000 times the level that the mother does. This suggests a co-evolutionary struggle in which the mother’s body becomes deafer as the offspring becomes louder.
After birth, the first clear signs of deception come about age 6 months, which is when the child fakes need when there appears to be no good reason. The child will scream and bawl, roll on the floor in apparent agony and yet stop within seconds after the audience leaves the room, only to resume within seconds when the audience is back. Later, the child will hide objects from the view of others and deny that it cares about a punishment when it clearly does.  So-called ‘white lies’, of the sort “The meal you served was delicious” appear after age 5.