Aside from my disbelief that America can let the pathetic and harrowing violence from guns continue, the latest shocking episode in Virginia raises another disturbing thought. And, Jonathan Jones has captured it quite aptly. Are we increasingly internalizing real world violence as a vivid but trivial game? Despite trails of murder victims and untold trauma to families and friends, the rest of us are lulled into dream-like detachment. The violence is just like a video game, right? The violence is played out as a reality TV show, right? And we know both are just fiction — it’s not news, it’s titillating, voyeuristic entertainment. So, there is no need for us to do anything. Let’s just all sit back and wait for the next innovative installment in America’s murderous screenplay. Bang bang, you’re dead! The show must go on.

Or, you could do something different, however small, and I don’t mean recite your go-to prayer or converge around a candle!

Vester Flanagan’s video of his own murderous shooting of Alison Parker and Adam Ward shows a brutal double killing from the shooter’s point of view. While such a sick stunt echoes the horror film Peeping Tom by British director Michael Powell, in which a cameraman films his murders, this is not fiction. It is reality – or the closest modern life gets to reality.

I agree with those who say such excreta of violence should not be shared on social media, let alone screened by television stations or hosted by news websites. But like everything else that simply should not happen, the broadcasting and circulation of this monstrous video has happened. It is one more step in the destruction of boundaries that seems a relentless rush of our time. Nothing is sacred. Not even the very last moments of Alison Parker as we see, from Flanagan’s point of view, Flanagan’s gun pointing at her.

Like the giant gun Alfred Hitchcock used to create a disturbing point of view shot in Spellbound, the weapon dominates the sequence I have seen (I have no intention of seeking out the other scenes). The gun is in Flanagan’s hand and it gives him power. It is held there, shown to the camera, like a child’s proud toy or an exposed dick in his hand – it is obscene because you can see that it is so important to him, that it is supposed to be some kind of answer, revenger or – as gun fans like to nickname America’s most famous gun the Colt 45 – “the Equaliser”. The way Flanagan focuses on his gun revealed the madness of America’s gun laws because it shows the infantile and pathetic relationship the killer appears to have with his weapon. How can it make sense to give guns so readily to troubled individuals?

What did the killer expect viewers to get from watching his video? The horrible conclusion has to be that he expected empathy. Surely, that is not possible. The person who you care about when seeing this is unambiguously his victim. This is, viewed with any humanity at all, a harrowing view of the evil of killing another person. I watched it once. I can’t look again at Alison Parker’s realization of her plight.

The sense that we somehow have a right to see this, the decision of many media outlets to screen it, has a lot to do with the television trappings of this crime. Because part of the attack was seen and heard live on air, because the victims and the perpetrator all worked for the same TV station, there’s something stagey about it all. Sadly people so enjoy true life crime stories and this one has a hokey TV setting that recalls many fictional plots of films and TV programs.

It exposes the paradox of ‘reality television’ – that people on television are not real to the audience at all. The death of a presenter is therefore something that can be replayed on screens with impunity. To see how bizarre and improper this is, imagine if anyone broadcast or hosted a serial killer’s videos of graphic murders. How is viewing this better?

But there is still another level of unreality. The view of that gun pointing at Parker resembles video games like Call of Duty that similarly show your gun pointing at virtual enemies. Is this more than a coincidence? It is complicated by the fact that Flanagan had worked in television. His experience of cameras was not just virtual. So his act of videoing his crime would seem to be another crass, mad way of getting “revenge” on former colleagues. But the resemblance to video games is nevertheless eerie. It adds to the depressing conclusion that we may see more images taken by killers, more dead-eyed recordings of inhuman acts. For video games do create fantasy worlds in which pointing a gun is such a light thing to do.

In this film from the abyss the gun is used as if it was game. Pointed at real people with the ease of manipulating a joystick. And bang bang, they are dead. 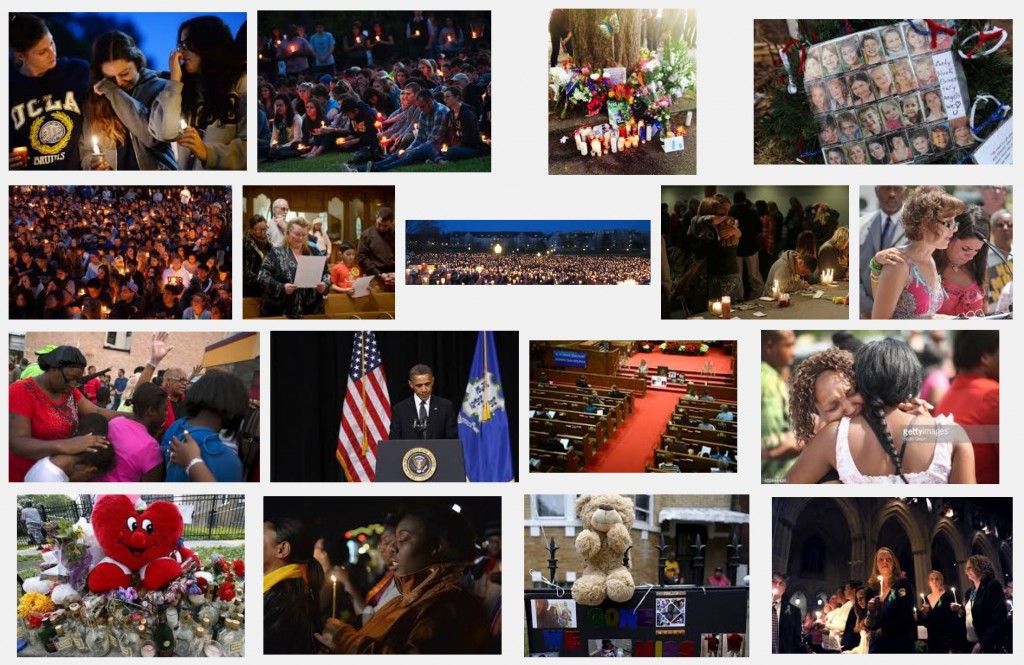 Another day, another dark and twisted murder in the United States facilitated by the simple convenience of a gun. The violence and horror seems to become more incredible each time: murder in restaurants, murder at the movie theater, murder on the highway, murder in the convenience store, murder at work, murder in a place of worship, and now murder on-air, live and staged via social media.

But, as I’ve mentioned before the real tragedy is the inaction of the people. Oh apologies, there is a modicum of action, but it is inconsequential, with apologies to the victims’ families. After each mass shooting — we don’t hear much about individual murder anymore (far too common) — the pattern is lamentably predictable: tears and grief; headlines of disbelief and horror; mass soul-searching (lasting several minutes at most); prayer and words, often spoken by a community or national leader; tributes to the victims and sympathy for the families and friends; candlelight vigils, balloons, flowers and cards at the crime scene. It’s all so sad and pathetic. Another day, another mass murder. Repeat the inaction. 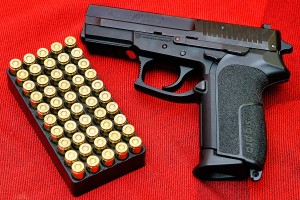 Leaders from all corners of the United States console grieving relatives and friends of those lost at the hands of another murderer. The story and images are all too common and desensitizing.

Our leaders speak of tragedy.

But the real tragedy is letting this continue, and allowing the violence and murder to be so easy and convenient.

Apparently, the latest act of senseless, peculiarly American violence comes at the hands of a 21-year old who was recently given a gun for his birthday. Most civilized nations tend to give different types of gifts. But, this is the land of the Second Amendment after all.

And, this time the location wasn’t a school or a movie theater, but a house of peace and worship. A tragic irony.

We are all complicit in acts like these through our inaction. So relax, do nothing, embrace the status-quo and let the weapon sales continue. Then just wait and beware the next time you visit:

a movie theater or

a fast food restaurant or

a parking lot or

a military base or

a community center or

Read more from the NYT.

I would take issue with the Atlantic’s story below: citizen journalist as documentarian. Without doubt filming someone in danger or emergency and then posting the video on YouTube does certainly add an in-the-moment authenticity. The news event becomes more personal, more identifiable. Yet it is more troubling than positive. It removes us directly from the event, turning us all into passive observers. And in legitimizing the role of the observer — through pageviews, likes and re-tweets — it lessens the impetus to participate actively, to assist and to help. Selfie replaces selflessness.

Yesterday, as a five-alarm fire engulfed a new apartment complex in Houston, a construction worker found himself in pretty much the last place he’d want to: trapped on a ledge, feet from the flames. As he waited, helplessly, to be rescued, others waited with him. The construction site was across the street from an office building, and workers flocked to the windows to see the drama unfold. One of them filmed it. You can see some of their images reflected in the video that resulted, above.

Things ended as well as they could have for the trapped man; he escaped, and no injuries were reported as a result of the fire. In the video, the scene playing out on that ledge vaguely foreshadows this outcome: The person whose life is in danger—who is standing, trapped, as flames lick at the walls next to him—seems relatively calm.

What we hear, instead, is the commentary—the exchanges of people who are watching the scene unfold from a safe distance. And that commentary is … banal. Deeply (and almost profoundly) so. In the same way that your commentary, or mine, might well be were we watching the same scene. Here are some of the sentiments expressed by the onlookers of this terrifyingly unfolding drama:

“This guy is on the frickin’ ledge.”

This is not to criticize the people watching the scene unfold—the people whose commentary, almost literally, upstages the drama of the burning building and the man trapped on its ledge. Again, my own comments, on witnessing the same scene, would probably sound similar. (Though I do like to flatter myself that I’d save the “cheap apartment” hilarity until after the threat of a man being burned alive had officially ended.)

It’s worth noting, though, what the real estate humor here hints at: the chaos of tragedy as it’s experienced by real people, in real time. The confusion that is so aptly captured by a video like this, shot on a smartphone and posted to YouTube. The same kind of caught chaos we saw with that fertilizer plant in Texas. And with that asteroid exploding in the skies above Russia. And with, for that matter, the Hindenburg disaster.

Compare those ad hoc representations of tragedy to our more traditional ways of knowing tragedy as an aesthetic, and video-taped, reality: through moving images provided by TV news, by Hollywood, by professionals who are trained to keep their mouths shut. On YouTube, as shot by amateurs on the scene, our experience of disaster instead features a Greek chorus of “OMGs” and “Unbelievables.” More and more of our portrays of catastrophe—and of the dramas that prevent catastrophe—are now mediated in this way: by other people. People who are shocked and scared and empathetic and, in the best and worst of ways, unthinking. People who, even if they tried, couldn’t keep quiet.