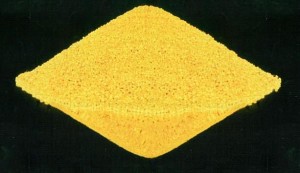 Ask a typical 14 year-old boy if he’d prefer to have a girlfriend or a home-made nuclear fission reactor he’s highly likely to gravitate towards the former. Not so Taylor Wilson; he seems to prefer the company of Geiger counters, particle accelerators, vacuum tubes and radioactive materials.

Taylor Wilson has a Geiger counter watch on his wrist, a sleek, sporty-looking thing that sounds an alert in response to radiation. As we enter his parents’ garage and approach his precious jumble of electrical equipment, it emits an ominous beep. Wilson is in full flow, explaining the old-fashioned control panel in the corner, and ignores it. “This is one of the original atom smashers,” he says with pride. “It would accelerate particles up to, um, 2.5m volts – so kind of up there, for early nuclear physics work.” He pats the knobs.

It was in this garage that, at the age of 14, Wilson built a working nuclear fusion reactor, bringing the temperature of its plasma core to 580mC – 40 times as hot as the core of the sun. This skinny kid from Arkansas, the son of a Coca-Cola bottler and a yoga instructor, experimented for years, painstakingly acquiring materials, instruments and expertise until he was able to join the elite club of scientists who have created a miniature sun on Earth.

Not long after, Wilson won $50,000 at a science fair, for a device that can detect nuclear materials in cargo containers – a counter-terrorism innovation he later showed to a wowed Barack Obama at a White House-sponsored science fair.

Wilson’s two TED talks (Yup, I Built A Nuclear Fusion Reactor and My Radical Plan For Small Nuclear Fission Reactors) have been viewed almost 4m times. A Hollywood biopic is planned, based on an imminent biography. Meanwhile, corporations have wooed him and the government has offered to buy some of his inventions. Former US under-secretary for energy, Kristina Johnson, told his biographer, Tom Clynes: “I would say someone like him comes along maybe once in a generation. He’s not just smart – he’s cool and articulate. I think he may be the most amazing kid I’ve ever met.”

Seven years on from fusing the atom, the gangly teen with a mop of blond hair is now a gangly 21-year-old with a mop of blond hair, who shuttles between his garage-cum-lab in the family’s home in Reno, Nevada, and other more conventional labs. In addition to figuring out how to intercept dirty bombs, he looks at ways of improving cancer treatment and lowering energy prices – while plotting a hi-tech business empire around the patents.

As we tour his parents’ garage, Wilson shows me what appears to be a collection of nuggets. His watch sounds another alert, but he continues lovingly to detail his inventory. “The first thing I got for my fusion project was a mass spectrometer from an ex-astronaut in Houston, Texas,” he explains. This was a treasure he obtained simply by writing a letter asking for it. He ambles over to a large steel safe, with a yellow and black nuclear hazard sticker on the front. He spins the handle, opens the door and extracts a vial with pale powder in it.

“That’s some yellowcake I made – the famous stuff that Saddam Hussein was supposedly buying from Niger. This is basically the starting point for nuclear, whether it’s a weapons programme or civilian energy production.” He gives the vial a shake. A vision of dodgy dossiers, atomic intrigue and mushroom clouds swims before me, a reverie broken by fresh beeping. “That’ll be the allanite. It’s a rare earth mineral,” Wilson explains. He picks up a dark, knobbly little rock streaked with silver. “It has thorium, a potential nuclear fuel.”

I think now may be a good moment to exit the garage, but the tour is not over. “One of the things people are surprised by is how ubiquitous radiation and radioactivity is,” Wilson says, giving me a reassuring look. “I’m very cautious. I’m actually a bit of a hypochondriac. It’s all about relative risk.”

He paces over to a plump steel tube, elevated to chest level – an object that resembles an industrial vacuum cleaner, and gleams in the gloom. This is the jewel in Wilson’s crown, the reactor he built at 14, and he gives it a tender caress. “This is safer than many things,” he says, gesturing to his Aladdin’s cave of atomic accessories. “For instance, horse riding. People fear radioactivity because it is very mysterious. You want to have respect for it, but not be paralysed by fear.”

The Wilson family home is a handsome, hacienda-style house tucked into foothills outside Reno. Unusually for the high desert at this time of year, grey clouds with bellies of rain rumble overhead. Wilson, by contrast, is all sunny smiles. He is still the slightly ethereal figure you see in the TED talks (I have to stop myself from offering him a sandwich), but the handshake is firm, the eye contact good and the energy enviable – even though Wilson has just flown back from a weekend visiting friends in Los Angeles. “I had an hour’s sleep last night. Three hours the night before that,” he says, with a hint of pride.

He does not drink or smoke, is a natty dresser (in suede jacket, skinny tie, jeans and Converse-style trainers) and he is a talker. From the moment we meet until we part hours later, he talks and talks, great billows of words about the origin of his gift and the responsibility it brings; about trying to be normal when he knows he’s special; about Fukushima, nuclear power and climate change; about fame and ego, and seeing his entire life chronicled in a book for all the world to see when he’s barely an adult and still wrestling with how to ask a girl out on a date.

The future feels urgent and mysterious. “My life has been this series of events that I didn’t see coming. It’s both exciting and daunting to know you’re going to be constantly trying to one-up yourself,” he says. “People can have their opinions about what I should do next, but my biggest pressure is internal. I hate resting on laurels. If I burn out, I burn out – but I don’t see that happening. I’ve more ideas than I have time to execute.”

Wilson credits his parents with huge influence, but wavers on the nature versus nurture debate: was he born brilliant or educated into it? “I don’t have an answer. I go back and forth.” The pace of technological change makes predicting his future a fool’s errand, he says. “It’s amazing – amazing – what I can do today that I couldn’t have done if I was born 10 years earlier.” And his ambitions are sky-high: he mentions, among many other plans, bringing electricity and state-of-the-art healthcare to the developing world.

Image: Yellowcake, a type of uranium concentrate powder, an intermediate step in the processing of uranium ores. Courtesy of United States Department of Energy. Public Domain.