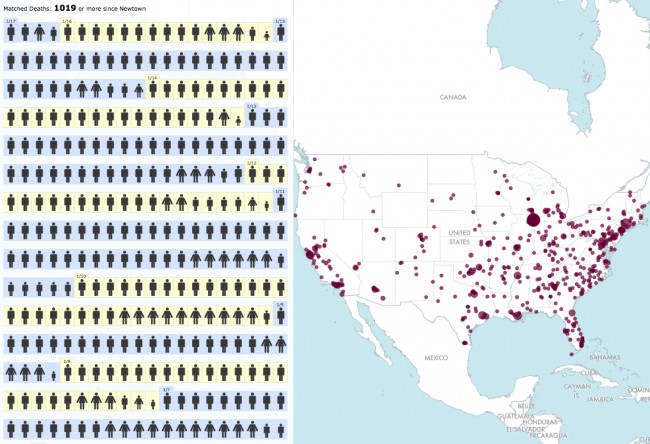 Despite the recent atrocity in Newtown, Connecticut, at the hands of a madman carrying an assault weapon, death by gun continues unabated in the United States. Yet, accurate statistics are hard to come by. So, Slate and the Twitter feed @GunDeaths are collecting data to put this in perspective. Just over a month has passed since 20 children and 7 adults were gunned-down at Sandy Hook Elementary School. And since then at least 1,019 more people have died at the hands of a gun in the United States. That’s more than most other civilized countries record in a decade.

You can follow the interactive chart as it is updated daily here; another 4 deaths just today, January 17, 2013. According to the map, North Dakota and Wyoming have been the best States to avoid getting shot — both have recorded no deaths from gun violence since mid-December.