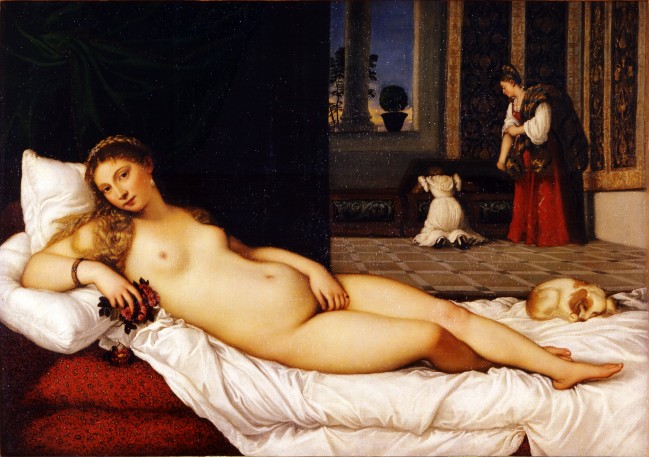 A recent proposal to ban all pornography across Europe has raised some interesting questions. Not least of which is the issue of how to classify the numerous canvases featuring nudes — mostly women, of course — and sexual fantasies hanging prominently in most of Europe’s museums and galleries. Are Europe’s old masters, such as Titian, Botticelli, Rubens, Rousseau and Manet, pornographers?

A proposal to ban all pornography in Europe, recently unearthed by freedom of information campaigners in an EU report, raises an intriguing question. Would this only apply to photography and video, or do reformers also plan to rid Europe of all those lewd paintings by Titian and his contemporaries that joyously celebrate sex in the continent’s most civilised art galleries?

Europe’s great artists were making pornography long before the invention of the camera, let alone the internet. In my new book The Loves of the Artists, I argue that sexual gratification – of both the viewers of art, and artists themselves – was a fundamental drive of high European culture in the age of the old masters. Paintings were used as sexual stimuli, as visual lovers’ guides, as aids to fantasy. This was considered one of the most serious uses of art by no less a thinker than Leonardo da Vinci, who claimed images are better than words because pictures can directly arouse the senses. He was proud that he once painted a Madonna so sexy the owner asked for all its religious trappings to be removed, out of shame for the inappropriate lust it inspired. His painting of St John the Baptist is similarly ambiguous.

This was not a new attitude to art in the Renaissance. As the upcoming exhibition of ancient Pompeii at the British Museum will doubtless show, the ancient Romans also delighted in pornography. Some pornographic paintings now kept in the famous “Secret Museum” of ancient erotica in Naples came from Pompeii’s brothel’s – which makes their function very clear. In the Renaissance, which revered everything classical, ancient Roman sexual imagery was well known to collectors and artists. A notorious classical erotic statue owned by the plutocrat Agostino Chigi caused the 16th-century writer Pietro Aretino to remark, “why should the eyes be denied what delights them most?”