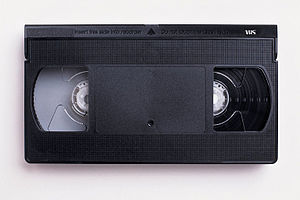 The entertainment and media industry is not known for its innovation. Left to its own devices we would all be consuming news from broadsheets and a town crier, and digesting shows at the theater. Not too long ago the industry, led by Hollywood heavyweights, was doing its utmost to kill emerging forms of media consumption, such as the video tape cassette and the VCR.

Following numerous regulatory, legal and political skirmishes innovation finally triumphed over entrenched interests, allowing VHS tape, followed by the DVD, to flourish, albeit for a while. This of course paved the way for new forms of distribution — the rise of Blockbuster and a myriad of neighborhood video rental stores.

In a great ironic twist, the likes of Blockbuster failed to recognize signals from the market that without significant and continual innovation their business models would subsequently crumble. Now Netflix and other streaming services have managed to end our weekend visits to the movie rental store.

A fascinating article excerpted below takes a look back at the lengthy, and continuing, fight between the conservative media empires and the market’s constant pull from technological innovation.

[For a fresh perspective on the future of media distribution, see our recent posting here.]

The once iconic video rental giant Blockbuster is shutting down its remaining stores across the country. Netflix, meanwhile, is emerging as the leader in video rental, now primarily through online streaming. But Blockbuster, Netflix and home media consumption (VCR/DVD/Blu-ray) may never have existed at all in their current form if the content industry had been successful in banning or regulating them. In 1983, nearly 30 years before thousands of websites blacked out in protest of SOPA/PIPA, video stores across the country closed in protest against legislation that would bar their market model.

In 1977, the first video-rental store opened. It was 600 square feet and located on Wilshire Boulevard in Los Angeles. George Atkinson, the entrepreneur who decided to launch this idea, charged $50 for an “annual membership” and $100 for a “lifetime membership” but the memberships only allowed people to rent videos for $10 a day. Despite an unusual business model, Atkinson’s store was an enormous success, growing to 42 affiliated stores in fewer than 20 months and resulting in numerous competitors.

In retrospect, Atkinson’s success represented the emergence of an entirely new market: home consumption of paid content. It would become an $18 billion dollar domestic market, and, rather than cannibalize from the existing movie theater market, it would eclipse it and thereby become a massive revenue source for the industry.

While many content companies realized this as a massive new revenue stream — e.g. 20th Century Fox buying one video rental company for $7.5 million in 1979 — the content industry lawyers and lobbyists tried to stop the home content market through litigation and regulation.

In 1976, the content industry filed suit against Sony, seeking an injunction to prevent the company from “manufacturing, distributing, selling or offering for sale Betamax or Betamax tapes.” Essentially granting this remedy would have banned the VCR for all Americans. The content industry’s motivation behind this suit was largely to deal with individuals recording live television, but the emergence of the rental industry was likely a contributing factor.

While Sony won at the district court level in 1979, in 1981 it lost at the Court of Appeals for the Ninth Circuit where the court found that Sony was liable for copyright infringement by their users — recording broadcast television. The Appellate court ordered the lower court to impose an appropriate remedy, advising in favor of an injunction to block the sale of the Betamax.

And in 1981, under normal circumstances, the VCR would have been banned then and there. Sony faced liability well beyond its net worth, so it may well have been the end of Sony, or at least its U.S. subsidiary, and the end of the VCR. Millions of private citizens could have been liable for damages for copyright infringement for recording television shows for personal use. But Sony appealed this ruling to the Supreme Court.

The Supreme Court is able to take very few cases. For example in 2009, 1.1 percent of petitions for certiorari were granted, and of these approximately 70 percent are cases where there is a conflict among different courts (here there was no conflict). But in 1982, the Supreme Court granted certiorari and agreed to hear the case.

After an oral hearing, the justices took a vote internally, and originally only one of them was persuaded to keep the VCR as legal (but after discussion, the number of justices in favor of the VCR would eventually increase to four).

With five votes in favor of affirming the previous ruling the Betamax (VCR) was to be illegal in the United States (see Justice Blackmun’s papers).

But then, something even more unusual happened – which is why we have the VCR and subsequent technologies: The Supreme Court decided for both sides to re-argue a portion of the case. Under the Burger Court (when he was Chief Justice), this only happened in 2.6 percent of the cases that received oral argument. In the re-argument of the case, a crucial vote switched sides, which resulted in a 5-4 decision in favor of Sony. The VCR was legal. There would be no injunction barring its sale.

The majority opinion characterized the lawsuit as an “unprecedented attempt to impose copyright liability upon the distributors of copying equipment and rejected “[s]uch an expansion of the copyright privilege” as “beyond the limits” given by Congress. The Court even cited Mr. Rogers who testified during the trial:

I have always felt that with the advent of all of this new technology that allows people to tape the ‘Neighborhood’ off-the-air . . . Very frankly, I am opposed to people being programmed by others.

On the absolute narrowest of legal grounds, through a highly unusual legal process (and significant luck), the VCR was saved by one vote at the Supreme Court in 1984.

Video stores saw the Consumer Video Sales Rental Act as an existential threat, and on October 21, 1983, about 30 years before the SOPA/PIPA protests, video stores across the country closed down for several hours in protest. While the 1983 legislation died in committee, the legislation would be reintroduced in 1984. In 1984, similar legislation was enacted, The Record Rental Amendment of 1984, which banned the renting and leasing of music. In 1990, Congress banned the renting of computer software.

But in the face of public backlash from video retailers and customers, Congress did not pass the Consumer Video Sales Rental Act.

At the same time, the movie studios tried to ban the Betamax VCR through legislation. Eventually the content industry decided to support legislation that would require compulsory licensing rather than an outright ban. But such a compulsory licensing scheme would have drastically driven up the costs of video tape players and may have effectively banned the technology (similar regulations did ban other technologies).

For the content industry, banning the technology was a feature, not a bug.