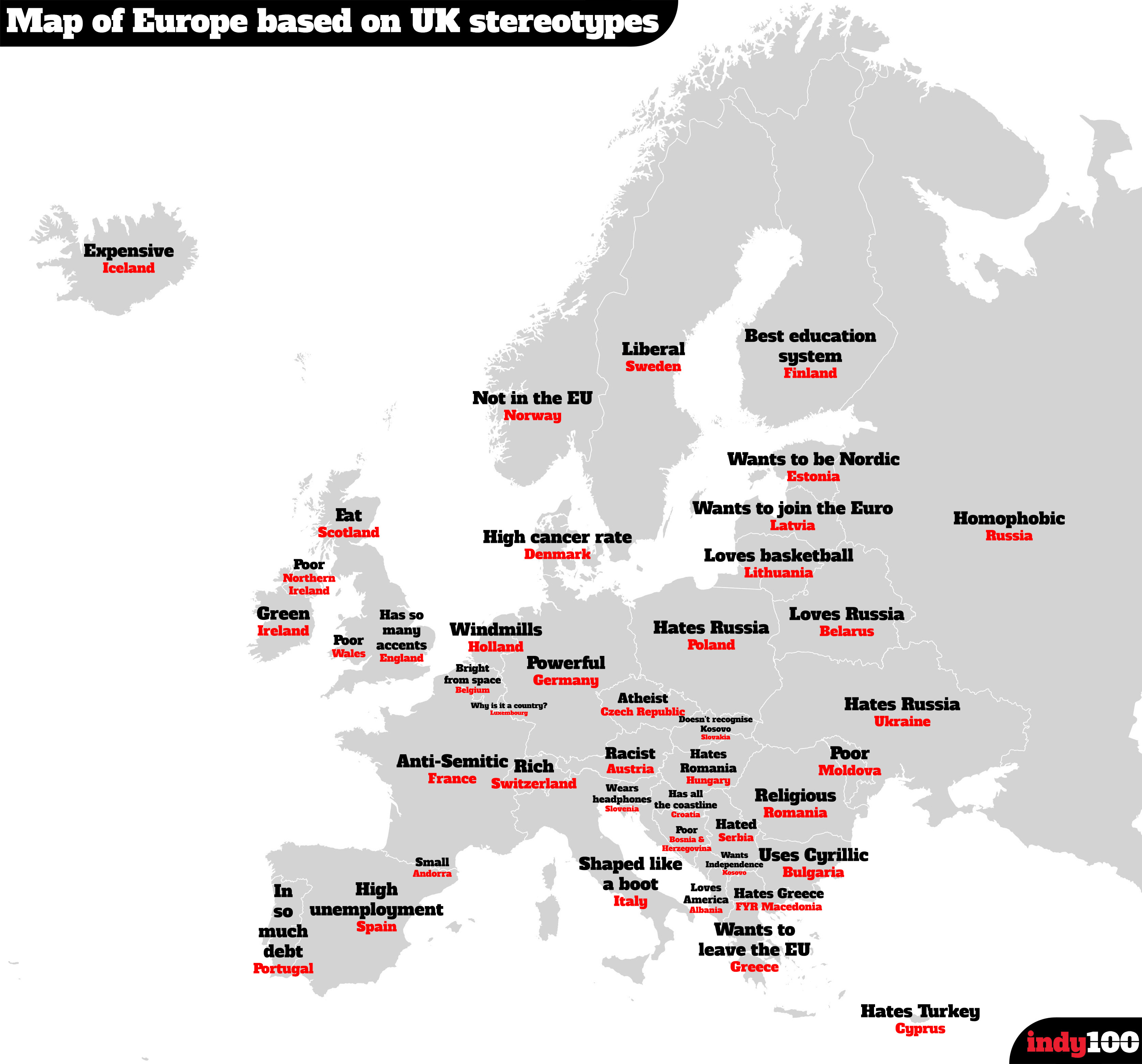 Hot on the heels of the map of US state stereotypes I am delighted to present a second one. This time it’s a map of Google searches in the UK for various nations across Europe. It was compiled by taking the most frequent result from Google’s autocomplete function. For instance, type in, “Why is Italy…”, and Google automatically fills in the most popular result with “Why is Italy shaped like a boot”.

Highlighting just a few: Switzerland is viewed as rich; Austria is racist; Ireland is green.