A linguistic map of Europe shows how the word “bear” is both similar and different across the continent. 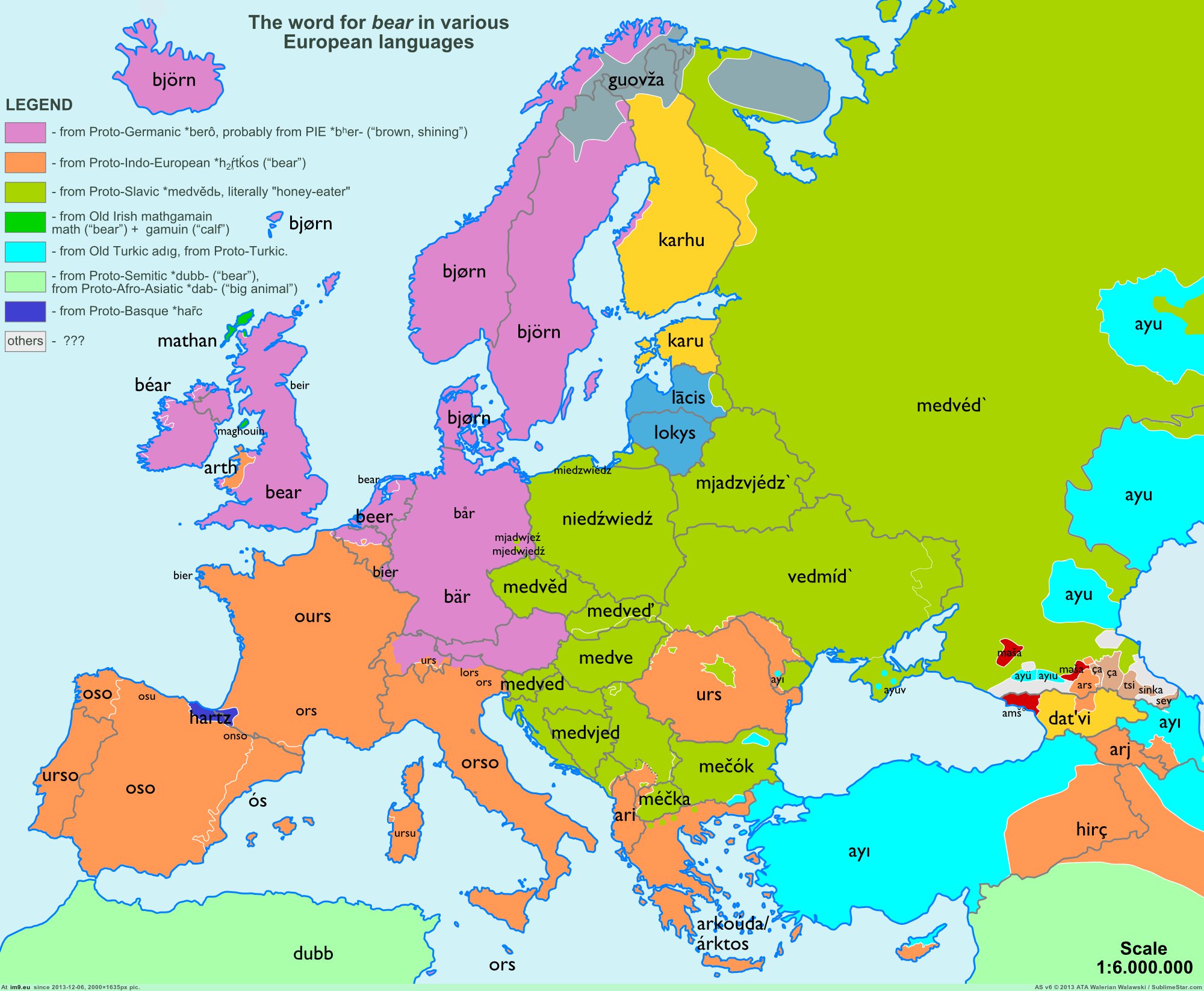 The Cold War taught us to think of Europe in terms of East-versus-West, but this map shows that it’s more complicated than that. Most Europeans speak Romance languages (orange countries), Germanic (pink) or Slavic (green), though there are some interesting exceptions.

The world of science is replete with nouns derived from people. There is the Amp (named after André-Marie Ampère); the Volt (after Alessandro Giuseppe Antonio Anastasio Volta), the Watt (after the Scottish engineer James Watt). And the list goes on. We have the Kelvin, Ohm, Coulomb, Celsius, Hertz, Joule, Sievert. We also have more commonly used nouns in circulation that derive from people. The mackintosh, cardigan and sandwich are perhaps the most frequently used.

Before there were silhouettes, there was a French fellow named Silhouette. And before there were Jacuzzi parties there were seven inventive brothers by that name. It’s easy to forget that some of the most common words in the English language came from living, breathing people. Explore these real-life namesakes courtesy of Slate’s partnership with LIFE.com.

French acrobat Jules Leotard didn’t just invent the art of the trapeze, he also lent his name to the skin-tight, one-piece outfit that allowed him to keep his limbs free while performing.

It would be fascinating to see if today’s popular culture might lend surnames with equal staying power to our language.